May 27, 2014by adminNEJNo CommentsAll, Places/Events 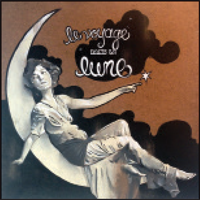 Recently I took part in a fantastic art show called 100 Films. The show was in conjunction with the Sunscreen Film Festival, which I knew very little of. So, naturally I did a little digging and found out more. Sunscreen has been happening since 2006 and is now in its 9th year of providing a taste of what’s going on with local filmmakers. This year’s festival encourages its attendees to participate in all workshops, lectures and film screenings which makes it far more interactive and promotes community within our pool of local talent. 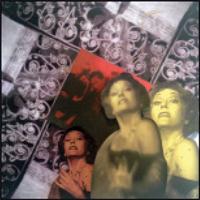 100 Films is an art show that was held at Blue Lucy Gallery in the heart of the Central Arts District. 100 artists were featured and asked to pick a film of their choosing and interpret it onto a 16-by-16-inch square wooden frame. Motion pictures ranged from the early film days of the 1920s to present day. The show, in conjunction and partly funded by the Sunscreen Film Festival, was a teaser for the events to come. The SFF chose 200 films and each artist picked one film to interpret. 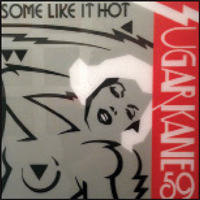 When I attended the night of the opening I audibly gasped at not only the amount of amazingness on the walls, but the lovely placement of the colorful squares. Burt Reynolds clad in cowboy hat, Marlene Dietrich staring sultrily in fox, Marilyn in cubism, Gloria Swanson creepily repeating on her descending staircase to insanity, Willy Wonka in gold leaf, Hitchcock’s Psycho on layers of plexiglass… The list goes on and on. The line of the three rows forced the viewer to consider each row at a time, thus making one circle the entire space three times. Piles of people pointed up, down, and sideways to find their favorite film. “Oooh! That! That one! I LOVE that movie”! How many times have you said that in conversation? Imagine owning a piece of your favorite film made by a local talent. That’s the caliber of cleverness Blue Lucy produces, directed by owner Chad Mize. Always with their thumb firmly planted on the heartbeat of the arts scene, Blue Lucy continues to cultivate a collection of artisans, professionals, and newcomers, and plops out the welcome mat for all viewers. No art school background check required. Just come with an open mind and an appreciation for fun, interactive, conversational, and contemporary themes. 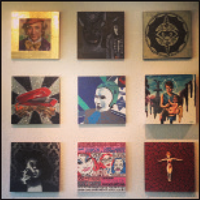 It’s fascinating to see how much St. Pete has developed its artistic scene in this arena. We all know that St. Pete is a place where art is made, but now encompassing film is equally as thrilling. The festival will take place all over downtown (May 1-4) in varying locations such as American Stage, The Palladium, Studio 620, and The Museum of Fine Arts. Films will be presented in the larger spaces and smaller intimate workshops will take place. Did you know John Travolta was involved in last year’s festival? How fun would that be to take a workshop from him? Maybe we’d share a cold stare whilst twisting on the dance floor. *Wink. Keep your eyes and ears open for all the goings on happening around this amazing town we all love.