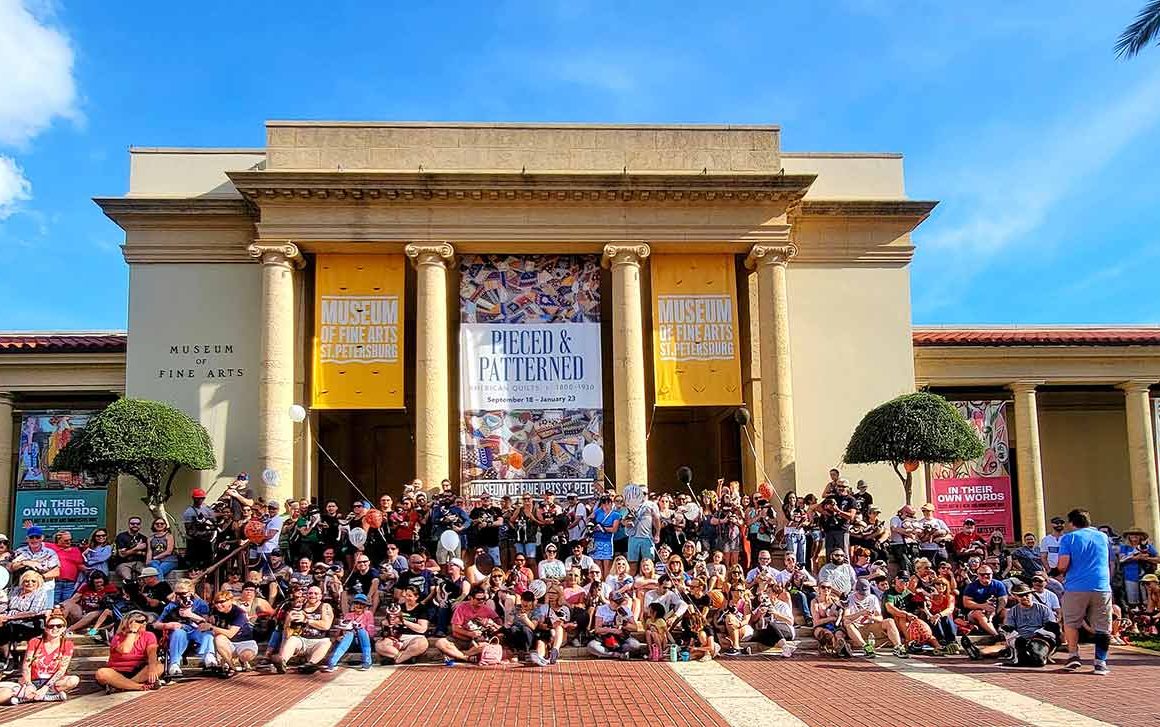 The occasion was the 4th annual Boston Terrier Pet Parade, held in December on the weekend closest to the anniversary of the Revolutionary War-era Boston Tea Party. Last year was the 248th anniversary of the infamous day when the ‘Sons of Liberty’ boarded a British ship and tossed a shipment of tea into Boston Harbor as a protest.

“The Boston Terrier is the only American-bred dog and it’s from Boston, so I thought it would be appropriate to make the connection with the Boston Tea Party,” says Jim Nixon, director of the Mayor’s Action Center. Jim came up with the idea for the parade and hosts the event each year. Starting with about 25 dogs and owners in 2017, the group has gotten larger each year as word spreads and those passionate about Boston Terriers join in the fun. Jim hopes to set a Guinness World Record next year, which will be the group’s 5th annual event.

“Boston Terriers are known for their black and white tuxedo coloring, although there are brindles and other colors,” says Jim. “They’re happy, energetic breeds but typically not barkers, so they are great for apartment or condo living. They’ve earned the nickname of the American Gentleman.” Jim’s dog, Woody, spent a lot of time at City Hall when he was a puppy due to Jim’s job, and he made a lot of friends there. “Mayor Kriseman joked that if St. Petersburg had an official dog it would be Woody. He has his own Instagram page and a big following,” says Jim.

The Boston parade begins at Pioneer Park – chosen for its historic significance – and continues to the Museum of Fine Arts, and then back to the park. “It’s really enjoyable for people who are downtown dining at one of the sidewalk tables to see the Bostons on parade,” says Jim. “St. Pete is such a pet-friendly city.”