May 29, 2018by Joey VarsNo CommentsAll, Monuments and Landmarks 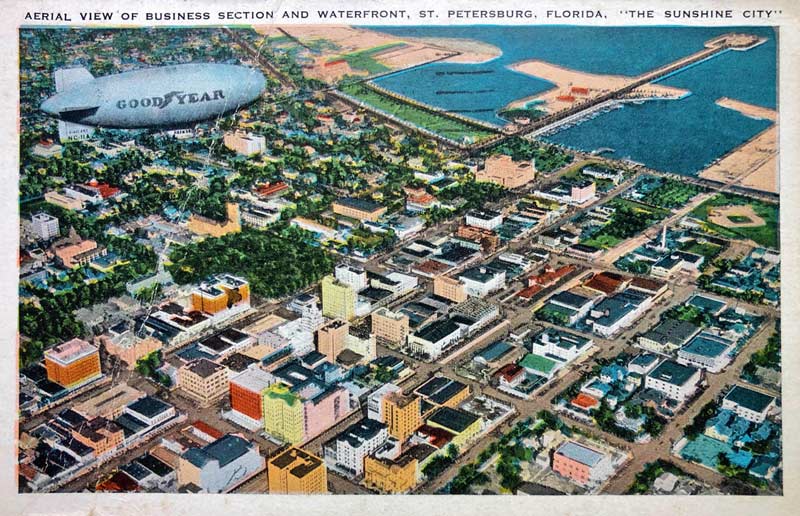 Each person who calls St. Petersburg home does so for their own reasons. For me, it has always been an unquenchable fascination with the history of our city, especially its beautiful buildings and historical landmarks.

In fact, my passion for Florida history largely stemmed from living in the Sunshine City. I found an endless supply of historical oddities, landmarks, and monuments that helped define the city I now called home.

Monuments themselves don’t necessarily have to be stone obelisks, plaques, or statues; buildings themselves are monuments to the people who built them, their ideals, and society as it was during the time they were built.

The Snell building, for example, was regarded as the most beautiful structure in all of Florida when it was completed in 1926, and was thus heavily touted in publications until the end of the 1920s tourist boom.

Subsequently, landmarks themselves aren’t necessarily a single object or point in space; by definition, a landmark is “a feature that is easily recognized and helps someone establish their location.” This column will also challenge that perception as we explore why places such as Fourth Street, Central Avenue, and the interstates are landmarks in their own right, not just in being easily recognizable, but also for the social and cultural boundaries they propagate.

Finally, we will also explore how these structures have helped shape our Sunshine City and its legacy through the use of postcards. A building or landmark’s importance can be determined by how they are perceived in materials intended to be distributed to a broader audience than what could be found locally. Their appearance in published materials such as postcards, brochures, and even films lend credibility and significance which helps us in the present understand the society of the past.

I invite you to follow along in each issue of the Northeast Journal as we explore the monuments landmarks, and historical points of interest that make up the foundation of the Sunshine City. My goal is to bring you as much enjoyment of knowledge about our slice of paradise as I have throughout the years.