Even with all their complexities, families are a blessing of permanence that give children an advantage in life. But not everyone is given this opportunity, especially those in foster care. As program director of the Heart Gallery of Pinellas and Pasco, Patsy Stills is hoping to change that.

A program of Gulf Coast Jewish Family & Community Services, “the Heart Gallery of Pinellas and Pasco is dedicated to increasing the number of adoptions of local children in foster care,” said Patsy. Since it was established in 2006, the nonprofit organization has found forever homes for 390 children. But many more need help.

Patsy points out that every year hundreds of children in Florida turn 18 without being adopted. In Pinellas and Pasco alone, over 400 children annually are looking forever homes. Without the support system of a family, foster children can face a future full of obstacles. The statistics bear this out. Children who age-out of the system without being adopted have a much higher chance of educational failure, pregnancy, and homelessness because they lack family, mentors, and any thread of nurturing continuity from their childhood. Data  shows that 80 percent of incarcerated prisoners spent time in the foster care system.

“Gulf Coast JFCS and the Heart Gallery are part of the solution,” said Patsy. “We match up families with children who are the hardest to adopt, which includes teenagers, siblings who wish to be adopted together, and those with special medical needs.”

After serving as executive director for a number of nonprofit organizations involving child welfare and juvenile justice, Patsy was named director of the Heart Gallery of Pinellas and Pasco in January of 2018. In the three-plus years she’s been working with the Heart Gallery, she said that the most fulfilling moment so far was when she assisted in the adoption process of an African American teenage boy who was adopted three days before his 18th birthday, making him legally part of a family. “We never stop recruiting for a child until he or she is no longer legally eligible, is adopted, or ages out of foster care,” said Patsy.

The concept for the Heart Gallery was originally developed by a professional photographer and an adoption recruiter who came up with the idea of using heartfelt portraits of older children and sibling groups who were looking for prospective adoptive parents. The idea took off and today there are over 80 Heart Galleries around the US dedicated to help increase state-sponsored adoption for foster kids.

Kim and Kirk Hendrick talked about becoming foster parents early in their marriage as a way to grow their family. They began the process by searching for foster children available for adoption via the Heart Gallery. In the meantime, the couple met Isabella, nicknamed “Bella,” when she moved into a foster home down the street and they bonded over a shared love of cheerleading. When Kim and Kirk recognized Bella on the Heart Gallery of Pinellas and Pasco they knew they wanted her to be part of their family. Now, more than a year later, Bella and the Hendricks have cemented their bond and Bella says she feels like she’s home. In her forever home, this vivacious teenager is now able to explore her musical talents and her passion for life. 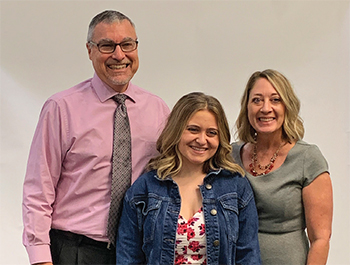 The Heart Gallery relies on community support to share its story by inviting local businesses, churches, and organizations to display a photo gallery of foster children waiting for forever families. Photo galleries can be displayed as a pop-up gallery, for a month or more, or even a year.

Great Explorations hosted the organization’s first Heart Gallery in 2006 and has since expanded its support by dedicating a small room for adoption-related information, as well as a photo gallery of foster children. The museum also offers free lifetime admission to Heart Gallery adoptive families.

Local restaurants have also been helpful. Steve and Nancy Westphal – owners of several restaurants on Beach Drive – have offered one wall in their café, The Annex, to the Heart Gallery. Patsy shared a heartwarming tale of a grateful gentleman who approached Steve at one of the restaurants to say he and his wife had adopted children from a portrait they had serendipitously seen on that wall in the Annex.

In addition to business support, the Heart Gallery relies on professional photographers who volunteer their time to take the children’s portraits for the display galleries. Currently there are about 25 local photographers participating in the program, but more are always needed.

Unlike private adoptions, Florida state adoptions from foster care cost very little or nothing. The preparation process is provided locally without charge and court costs and fees are also offset by the state. Other benefits include free college tuition for the state-adopted child, tax credits, support groups, monthly financial support, and health care among others.

For more information, visit the Heart Gallery of Pinellas and Pasco website at heartgallerykids.org.