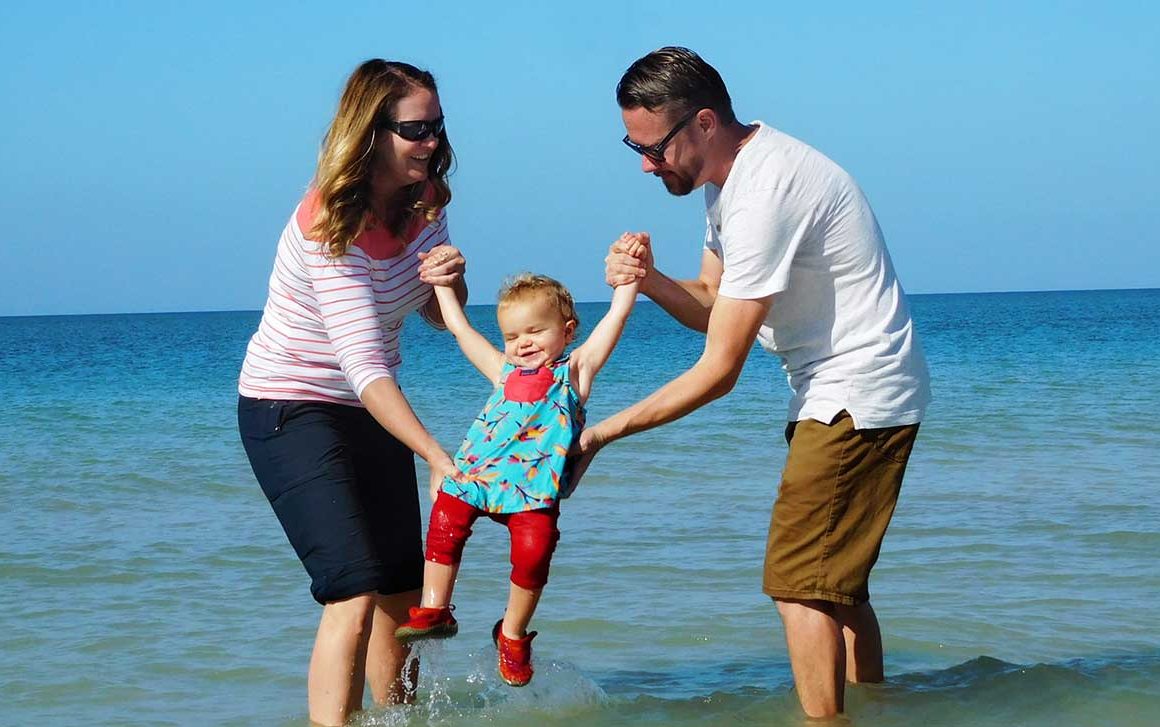 James and Julie Branaman like to think outside the box – way outside the box. They once lived in a camper van for 13 months on a cross-country trip when they moved from Seattle to St. Petersburg. They’ve traveled deep into the swamp in the Florida Everglades with the mosquitoes, the gators, and the snakes. And they were high up in the lookout tower in a remote area of the Rocky Mountain State Park at 1am taking pictures and watching the star-studded sky while an unknown critter with bright green eyes was watching them. 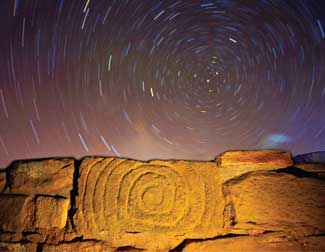 Self-described visual storytellers, journalists, and explorers, the 40-something Old Northeast couple are always up for the next adventure, even with their 17-month-old daughter Teagan in tow. In fact, Teagan has been to five national parks – enough to earn her a Junior Ranger badge, says Julie. Of course, Teagan has a little ways to go before she catches up with mom, who is proud to say she has 31 badges.

The Branaman’s road trips have taken them to some of the most beautiful, pristine, still-wild places in the US. Julie admits that she’s always loved to travel and camp, but her version of camping had always been somewhat civilized. There was a bathroom and shower on site. “James broke me of that. There is no better view of wilderness than to let go of the need for civilization,” says Julie. “I get to be the Boy Scout I never was,” jokes James. 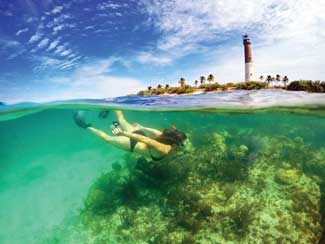 Their talent for photography, video and visual storytelling, combined with a passion for nature led the couple to apply for and be accepted into the artist-in-residency program at four national parks: Rocky Mountain National Park in northern Colorado; Mesa Verde National Park in southwestern Colorado; Everglades National Park; and Acadia National Park on the rugged Atlantic coast of Maine. Some 50 national parks offer an artist-in-residency program, which allows visual artists, writers, musicians, composers, and other creative types some ‘time away’ to create while being inspired by nature. The artists stay for free, usually from two to four weeks.

At Rocky Mountain National Park, the Branaman’s stayed in an historic cabin once owned by the newspaper editor William Allen White and visited by luminaries such as Clarence Darrow and William Jennings Bryan. The cabin overlooked a river and meadow with elk grazing. “The view was amazing,” says Julie. “We could sit in rocking chairs on the porch and just look out over everything.” They took dozens of photographs, including a series of the park after dark using a photographic technique called light painting. “We hold open the shutter for about 30 minutes and then take a high-beam flashlight and light up the trees, the stars and surrounding structures,” says Julie. The result is a spectacular, otherworldly work of art. They’ve done a series of ‘after dark’ paintings at all of the national parks where they’ve stayed. 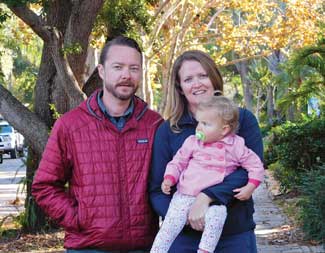 “At Mesa Verde, we got access to the cliff dwellings at sunrise, before the tourists arrived,” says Julie. “It was magic, simply stunning. A sunrise light like no other.”

During their stay in the Everglades, they saw a Florida panther and camped for three nights at Dry Tortugas, which is only accessible by sea plane or boat. “We were the only ones camping there at that time besides the rangers,” says Julie. “Getting there, the sea plane was low enough for us to look down into the water and see sharks, sea turtles, and old wrecks.”

Teagan joined her parents at her first artist-in-residence experience last October at the Conservation Foundation of the Gulf Coast in Sarasota County. The family stayed for two weeks in a restored 1931 carriage house at Bay Preserve in Osprey. “We combined James’ aerial photography with my microphotography on a project called Near & Far,” says Julie. 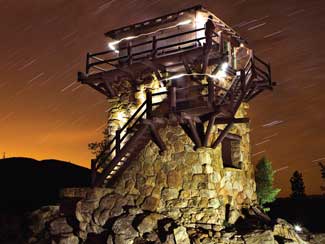 The couple have also done their share of conservation work, whether it’s raising awareness about sea turtles through photographs taken at Archie Carr National Wildlife Refuge near Melbourne Beach, or photographing rescue efforts of dolphins by individuals at Clearwater Marine Aquarium. James has also participated in a tour of White Oak Conservation, a 600-acre wildlife training and research facility for exotic animals in Yulee in northern Florida. “All of our conservation work is self-funded,” says Julie. “We feel compelled to make pictures to raise awareness about environmental conservation and endangered species. There is so much work to do.”

James and Julie met in college at Western Kentucky University, which has a highly regarded photojournalism program. James grew up in Kentucky and Julie hails from Ventura County in California, 30 minutes from Santa Barbara. They share a passion for looking at the world in a visual, artistic way and a love for travel. “We shoot photos differently, but we have always been storytellers first. We like getting the nugget of the story in visuals,” says Julie. Their first collaboration as photographers was a spring break college trip to the Mississippi Delta to photograph the bayous and the people of the deep south.

After college, they relocated to Seattle, where James worked full-time as a photojournalist and Julie was an independent freelancer. After a couple of years, they decided to ‘pack up their life’ and move hundreds of miles across the country so Julie could take a job with the Tampa Tribune. This time James was the freelancer. “One of us always had a full-time job while they other worked independently,” says Julie.

When the Tampa Tribune began experiencing financial trouble, Julie was recruited by 83 Degrees Media, an online weekly newsmagazine showcasing Tampa Bay. Then earlier this year, Julie left that publication to strike out on her own full-time with James. “We’ve always collaborated on projects, so it made sense,” says Julie. “Now we have clients who seek us out specifically because we work well as a two-person team. We do everything from concept and shooting to post-production and editing.” 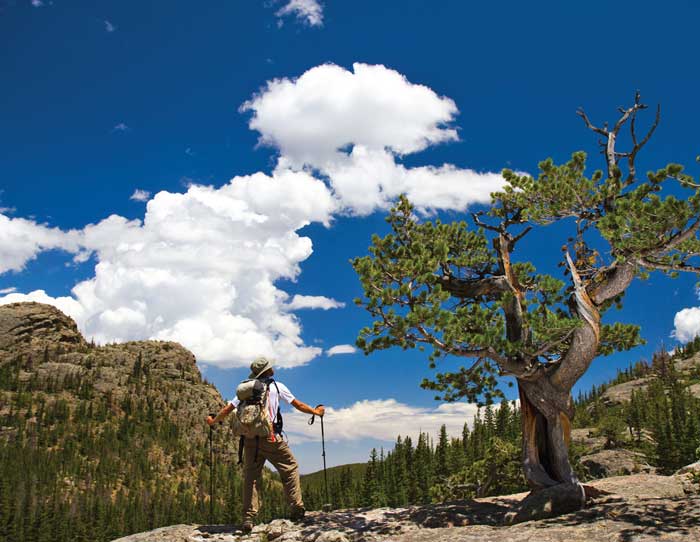 The Drones Are Coming

One of the unique specialties that James and Julie offer is 360-degree aerial visuals using drones. Drones are the newest technology in the visual storytelling field and the Branaman’s are one of the pioneers in using it. “When James first talked about how he wanted a new perspective, a new way to take photos and video, I wasn’t so sure. He loves technology, but I was desperate to keep our cameras on the ground,” jokes Julie. They looked at a variety of options, even considering hot air balloons, and eventually bought a kite, but not just any ordinary kite. This one was four-foot by five-foot. In 2015, James started flying drones as a hobby and then passed the FAA Part 107 Remote Pilot Certification exam in 2016 – the first day it was offered. “We call it the big insect,” says Julie. “When we’re on location using it, Teagan often can hear it buzzing before we do and points to the sky as it’s flying overhead. We joke that James is Commander Branaman, remote pilot in command.” 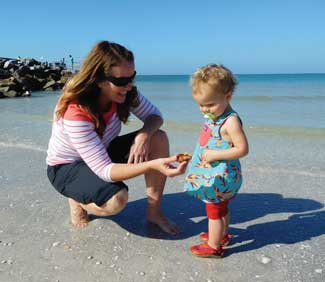 For several years now, Visit St. Petersburg-Clearwater – the region’s tourism bureau – has hired them to produce short, fun, birds-eye view videos of everything from local craft breweries and the Clearwater Marine Aquarium, to sailing over the Gulf of Mexico and St. Pete’s Firestone Grand Prix. “360-degree aerial photography with the drone really immerses the viewer into the experience. It gives people a feel for what it’s like to be here,” says Julie.

On a beautiful day in November, I went to Pass-A-Grille Beach with the family to watch James launch the drone, about the size of a small remote controlled race car. While James stood on the pier and concentrated on the drone’s flight path, Julie, Teagan, and I walked on the beach. At the water’s edge, Teagan found a live conch with the little critter half-way out, eyes protruding, ready to do battle. She bravely reached out and touched it, but just as eagerly agreed to put it back safely in the water.

Back at home in the Old Northeast, you’ll usually find the Branamans at the downtown waterfront where they ride, run, walk, and ride bikes. They also have a surfboard-type boat that they launch from North Shore Park or Coffee Pot Park. “It unfolds to 10 feet and we can put a motor on it,” says Julie. There’s adventure waiting around every corner. 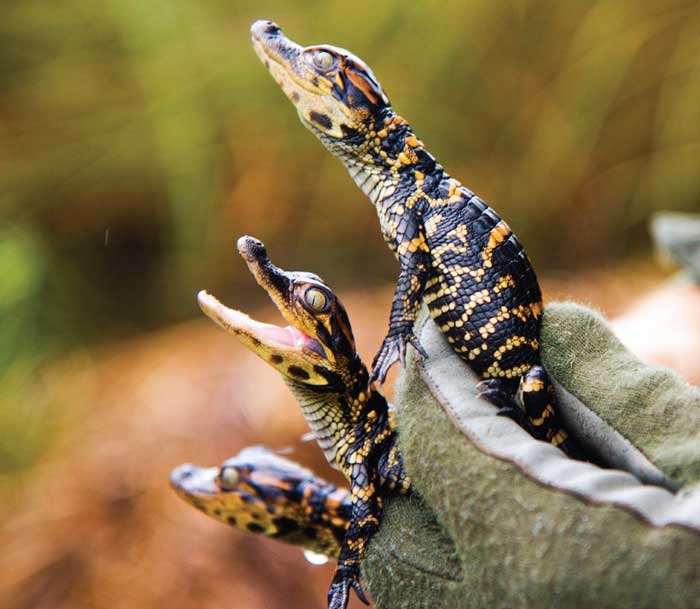