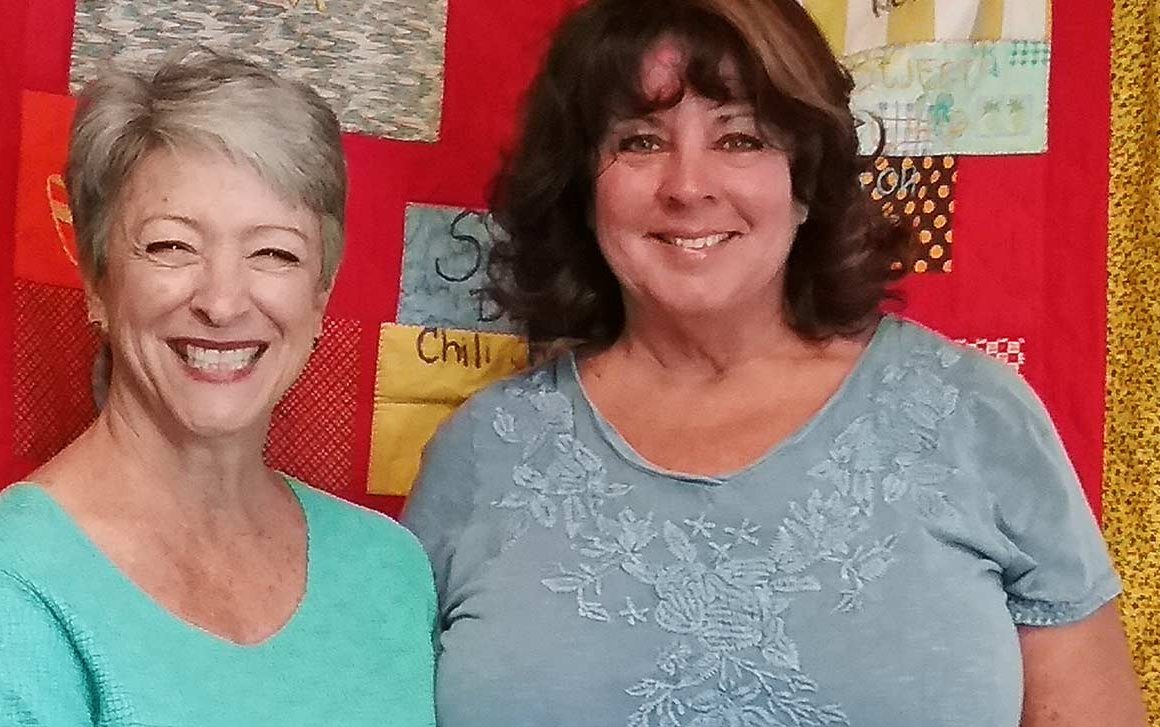 Sometimes a simple synchronicity can be life-changing in ways we couldn’t dream of at the time. That’s what happened for Barbara Rhode, a St. Petersburg licensed marriage and family therapist and founder of the Red Tent Women’s Initiative.

Barbara had just finished reading Anita Diamant’s book, The Red Tent – a compelling fiction about the ancient tradition of women seeking comfort in each other’s company while they spent time in the “red tent.” The book reinforced Barbara’s belief that for many women, having a safe space to share their feelings and experiences was very much missing in today’s society.

At an estate sale a few months later, she had the odd sensation that something was wrong from the minute she walked into the house. “Everything in the home was for sale, even the previous owner’s hairbrush,” says Barbara. “It was as if she had left one morning and not returned.” Then she learned that the homeowner, recently divorced and depressed, had taken her life.

“It was a very heavy experience,” Barbara recalls. “I felt sad that she felt there were no other options. As I got ready to leave, I felt the need to walk through her bedroom. And there on her nightstand was the book, The Red Tent. It was like the universe flicked me in the head to tell me to pay attention.”

Barbara bought the book and placed it on the shelf in her office. It’s a reminder about the power of connection. It also led to Barbara founding the Red Tent Women’s Initiative, a nonprofit program dedicated to helping incarcerated women heal unresolved trauma and turn their lives around.

In recognition of her success, Barbara was named one of the L’Oreal Paris Women of Worth for 2020. For the past 15 years, L’Oreal Paris has selected ten “extraordinary women who selflessly volunteer their time to serve their communities.” The honorees receive $10,000 to support their continued philanthropic work.

“When I got the call, I didn’t know that our former CEO had nominated me, so I thought it was a joke at first,” says Barbara. It was quite an honor, and Barbara says she was selected not only for the work the organization does, but also for the story behind how the Red Tent Initiative came to be.

In 2007, after many years in private practice as a counselor specializing in trauma resolution, Barbara was hired by the Goodwill Suncoast Residential Re-entry Center to help women transitioning back into society after serving jail time on drug charges. It wasn’t long before it became apparent to Barbara that most of the women were suffering from undiagnosed and untreated emotional, mental, and physical trauma – and that trauma had been a major factor in their ending up in prison.

Many were also mothers with young children. “I started to think this is crazy; we are creating a whole new generation that is being impacted by the negative cycle of trauma. We have to do something to change this,” says Barbara.

Five years later, she volunteered to bring a similar program to the Pinellas County Jail. The program was successful, but there was only so much that could be accomplished in a weekly 90-minute group session. More funding was needed to expand the services. Then another synchronicity occurred in Barbara’s life that turned everything around.

In 2010, after the Deepwater Horizon oil spill, business had bottomed out for Barbara’s husband, architect Tim Rhode. At Barbara’s suggestion, he applied for a British Petroleum grant and had been approved. But by the time the check arrived, his business was back up and running again. What would they do with the funds? “I said, ‘I have an idea. I want to use that money to expand the program at the jail,’”recalls Barbara.

Barbara hired a part-time teacher and counselor, expanded the group sessions to several days a week, and added soft calming background music. She also introduced embroidery and sewing as a way to keep the women busy working with their hands while they shared their stories. It was more than just busy-work. “Research shows that these types of activities can activate brain-calming chemicals,” says Barbara.

Soon there was a waiting list to attend. “Many of the women had never been in a safe, nurturing environment or been in a group where people see their potential rather than labeling them as damaged,” says Barbara.

In a poignant example of the program’s success, Barbara relates that after speaking about the Red Tent at an event, she was getting ready to leave when there was a tap on her shoulder. “A young girl started crying, saying her mother had been an addict her entire childhood until she went to jail and took our program,” says Barbara. “She said to me, ‘You helped our family.’ That’s why we are doing this. There is a ripple affect. By helping moms heal, we are helping families and we are making communities safer.”

Northeast Park resident Meg Hogan has been a close friend of Barbara’s for over 25 years, since they were former neighbors in the Old Northeast. For the past four years, she’s also been a Red Tent volunteer and board member. Meg admits that her first experience going into the jail was intimidating. But after the first session, she “realized that the incarcerated women participating in the Red Tent Program had experienced trauma at some time in their life that influenced choices that ultimately landed them in jail.”

In addition to a counselor leading the discussions, a Pinellas Technology Center instructor assists the women with job readiness skills. A sewing instructor guides the women in handiwork projects. And the women learn science-based techniques to reduce stress and improve overall emotional wellbeing through a program called HeartMath. “The techniques are simple and you can experience the benefits almost immediately,” says Meg, who is a certified HeartMath instructor. “The techniques empower people to self-regulate and calm their reactions in the moment, or right after they feel triggered.”

To date, more than 950 women have participated in the Red Tent Women’s Initiative. Even more importantly, the program has helped reduce the number of repeat offenders. The recidivism rate for the Red Tent Initiative is 25 percent compared to a national recidivism rate of 44 percent, says Barbara. Currently, COVID has put a temporary hold on Red Tent volunteers hosting group sessions at the jail, but a virtual class is in the planning stages. Barbara and her team are also finetuning the curriculum and developing the data to document their results. With funding from the L’Oreal Paris grant, they hope to take the Red Tent Initiative to the next level by duplicating the program in other jails and taking the program nationwide. For more information go to www.redtentwomensinitiative.org.