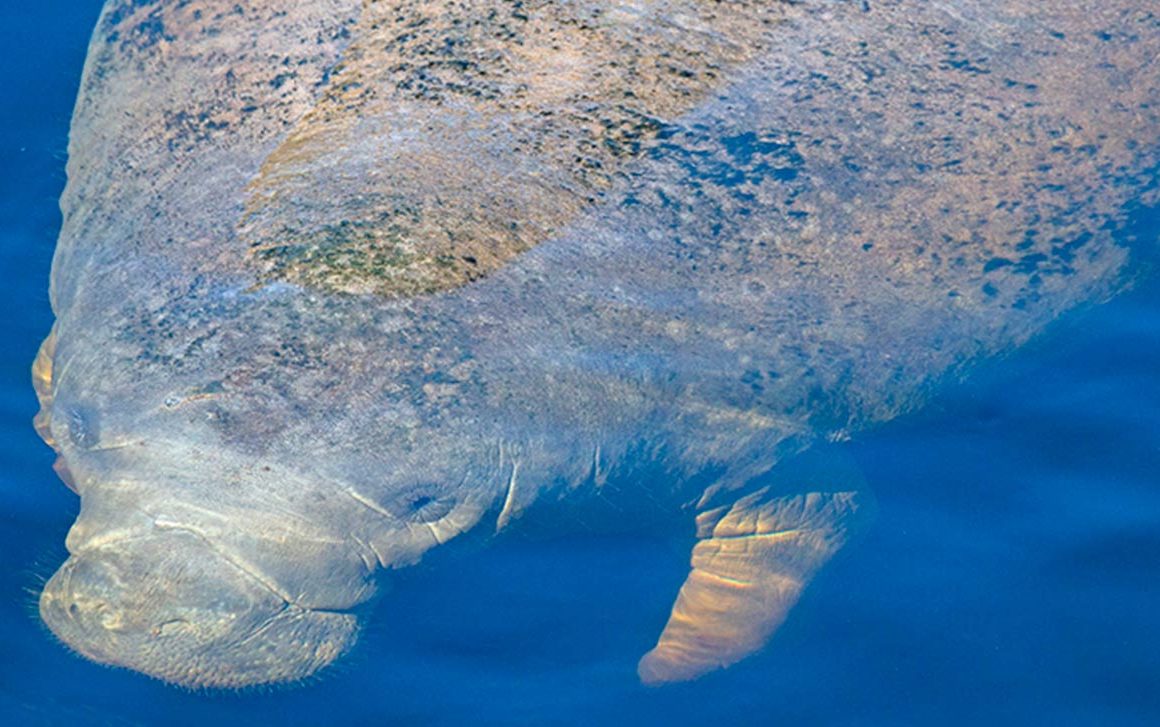 What is going on? Passing traffic stops, children squeal, and adults quickly snap pictures on their phones as great whiskery snouts and paddle-like tails breach the water’s surface. Chances are good that during the chilly winter months you’ll see them: manatees. The gentle water mammals congregate in Coffee Pot Bayou for several reasons. They need to live in water that is at least 68 degrees to maintain their internal body temperature, which is why they migrate to natural springs where the ambient water temperature stays relatively constant 72 degrees all year. Short term, local manatees like Coffee Pot Bayou’s shallower, sun-warmed water over the chillier depths of Tampa Bay and the Gulf of Mexico.

“Manatees are found frequenting Coffee Pot Bayou likely due to the quiet nature of the basin and for potential sources of freshwater,” says Kari Rood, a research associate with the Florida Fish and Wildlife Research Institute.

Freshwater? But Coffee Pot Bayou is brackish saltwater. Where does the freshwater come from? Upstream, from Crescent Lake, centered in a 48-acre public greenspace park. The Crescent Lake, Riviera Bay, Middle Tampa Bay Watershed drainage basin covers an area of about one square mile. Originally, the lake was much larger with the surrounding area more of a seasonal wetland filled with alligators.

Storm and groundwater drains into Crescent Lake through 12 culverts spaced around the lake’s perimeter. The lake’s main outfall spillway is located at the northern end by the children’s playground. This outflow culvert then continues underground until it disburses the brimming freshwater into Coffee Pot Bayou and the receptive manatees. Since freshwater is less dense than saltwater, it floats on the surface, creating a uniquely separate layer that the manatees delicately sip as a freshwater drinking supply.

Pioneer St. Pete developer C. Perry Snell sold Crescent Lake Park land to the city for $30,000 in 1919. Workmen dredging the lake in 1924 uncovered a dugout canoe hewn from a single cypress log, which launched a great deal of press speculation about its age until it was noted that the canoe was made using iron tools and that it had “a distinctive keel, a European feature.” Ancient or not, the canoe is now on display at the St. Petersburg Museum of History and worth a look.

As for the manatees, their own winter exhibition is always popular.

“I like just about everything about Florida in the winter, but my absolute favorite part is seeing manatees,” says St. Pete resident Arin Greenwood, a writer and former animal welfare editor for The Huffington Post.

“I paddleboard with them as often as I can. And because I live close by in Crescent Heights, I get to walk down to Coffee Pot Bayou nearly every day to see if I can spot any. It’s incredible to see the babies with their moms down there – and there’s of course something very melancholy about seeing the babies with their unmarked backs, knowing that if they are lucky to get old enough, they, too, will almost certainly eventually carry the scars of boat collisions. I feel like manatees are there to remind us to be careful and be kind. Slow down. Don’t pollute. Do it for the manatees. They are humongous vegetarians with no natural predators who regulate their buoyancy through farting – there is nothing I don’t love about manatees.” 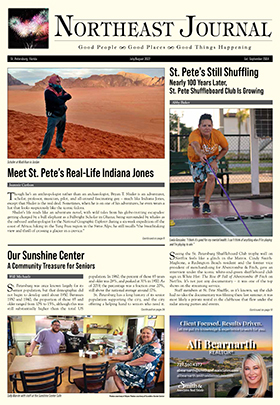