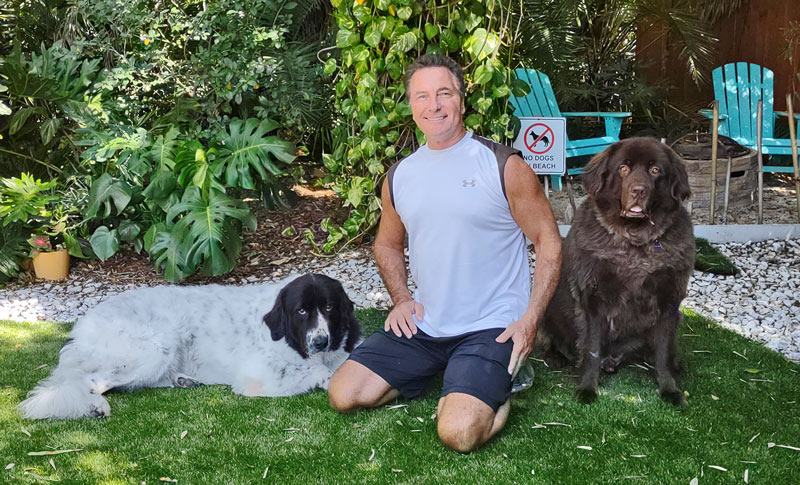 But I digress. The real point of this article – and the idea that spawned it – came to me as I jogged by the beach along the path through the Old Northeast and down past Vinoy Park. This popular walking, running, and bicycling path runs from Snell Isle to Downtown St. Petersburg and attracts people from all around. It is scenic, safe, and a melting pot where anyone can come, drop a blanket or a beach chair, snooze, fish, play volleyball, or people watch all day long. Most often, you’ll see people walking their dogs – and there are dozens of them at any given time – flaunting all manner of breeds. There are also many young couples pushing strollers, some even riding bicycles with child seats attached behind them.

The atmosphere is idyllic and one of the main reasons I decided to relocate here from New York.  And, having lived in New York all my life, there is little that surprises me, or makes my head turn and do a double take. However, on this particular occasion, I was taken off guard. The sun blazed above as I passed a gymnast doing flips on a tightrope tied between two trees. I continued on by a weathered old man, sporting an impressive grey beard, fishing by the shore.

That’s when, coming straight at me, a young girl approached on a bicycle towing a covered cart carriage. As she passed, I turned, expecting to see a baby inside. Nope! To my surprise, the carriage contained two small dogs, gleefully taking in the scenery and enjoying the ride as they engaged in their own form of people watching.

Soon I learned that this is a local norm. More and more, it seems that we are treating dogs like people, taking them along while exercising, shopping and even dining. Many dogs are even dressed in shirts, hats, and bandannas. As full-fledged family members, they are often called by human names, pampered at doggie spas, given a place setting at the dinner table, and afforded a comfortable bed with fresh linens. Soon enough, I suspect that we will be adorning them with the latest technology. I’m willing to bet that there is a secret R&D division at Apple presently working on the iCollar, which will keep track of the dog’s location if it wanders off, and will also contain a feature that will enable us to call Buddy home when it’s time for the family dinner.

Editor’s note:  Howard moved to Snell Isle with his family six years ago. He loves the outdoor healthy lifestyle that St. Petersburg offers, and you may see him just about every day at the Vinoy Dog Park with his two best friends, Boulder and Dakota. He’s also an author and has penned a number of crime thriller novels. His first, Everywhere That Tommy Goes, was published a few years ago and won Mystery Book of the Year and is available on Amazon. He also recently completed his latest novel, Unmasked, which takes place in St. Petersburg and was inspired by actual events surrounding the pandemic. His agent is presently shopping the book for a publisher.