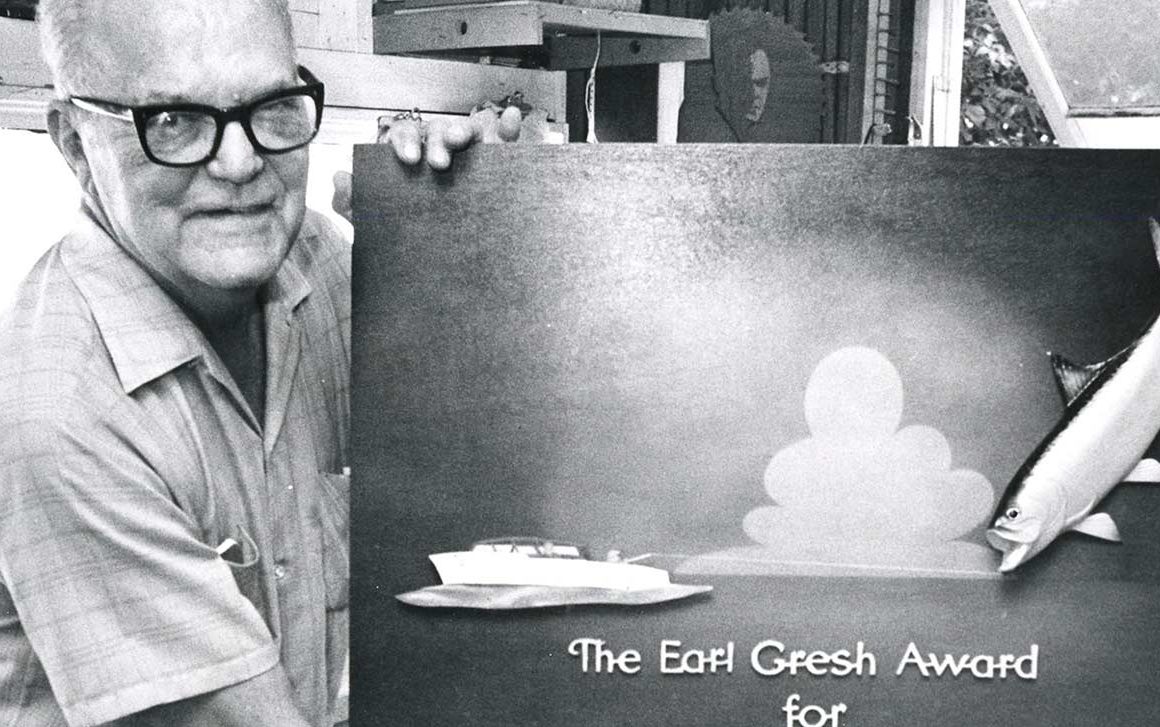 Residents of St. Petersburg have long admired the iconic property at 2221 4th Street North with the English-cottage style architecture. Over the years, it’s housed many landmark institutions, including the popular French restaurant Rollande et Pierre and the Melting Pot, famous for its fondue. Local history buffs will also recall that from 1940 to 1959 the venue was The Earl Gresh Wood Parade Museum, a well-known Florida roadside attraction that showcased the wood carvings of the colorful St. Pete character Earl Gresh. Now, new owners plan to transform it once again, this time as a craft beer pub restaurant and brewery called Sesh.

“Sesh is short for session, and the word ‘session’ is defined as the amount of time spent doing something enjoyable,” explains Matthew Powers, the new owner of the property and CEO of Mad Beach Brewing, a brewpub restaurant in Madeira Beach.

Powers is delighted to be acquiring the property and is respectful of its heritage. The building is comprised of three sections, one dating back to the early 1900s. Another section includes the house built by Gresh, who was a skilled woodworker, as well as a musician and orchestra leader, racing boat champion, and trophy-winning fisherman.

Gresh turned the property on 4th Street into a combination museum, studio, and gift shop where he created, displayed, and sold his works of art made from wood. According to Preserve the ’Burg, people traveled from all over to see his most famous carving – 16 wood panels depicting the life of Christ. There were also wooden fishing lures, tackle boxes, wooden purses, and bracelets.

Powers plans to create a space inside his new pub that will be a testament to Gresh’s memory. “I was able to track down a few things that Earl made,” said Powers. “It is important that we have some of his wood carvings on display. I was also able to find one of the original records that he cut with Columbia to add to the ambiance of the place.” So far, he has one of Gresh’s cool vintage wood purses and several vintage postcards, but he’s still on the hunt for a fishing lure.

After the Melting Pot closed and the owners put the property up for sale, Powers and his partners had looked into purchasing it. But before they could, another bid came in and the site was under contract to be sold. Those buyers wanted to tear down the old structure and build a new office building in its place. Local residents interested in preserving the building’s legacy were alarmed, and eventually that sale fell through.

Powers decided to give it a second try. “My daughters go to the Canterbury School, so I drove past it all the time,” said Powers. When the deal fell through for the first sale, I was able to tour the property and fell in love with it. There are so many neat facts about the building that it just drew us in.”

Powers’ decision was supported by his managing chef, Tyson Williams, who is an integral part of the Mad Beach Brewing Company, a popular Gulf Beach venue. “When we walked through, we both realized that the building already looked like a pub and brewery. This attracted us, too,” Powers said. “And we love what we do in the brewery industry, so having a great place to work is important.”

He plans on “keeping the bones intact” while making necessary renovations, such as creating a brewery space in the older part of the structure, giving the rambling venue a “lighter feel” and adding outdoor patios. He envisions removing some of the later add-ons and returning the look of the place closer to the era when it was a tourist attraction with the same draw as Sunken Gardens.

One of the cool discoveries he’s found is that bricks used on an outdoor courtyard wall are actually from Fort Dade on Egmont Key, built during the Spanish-American war. Powers’ research about the property has also led him to hearing about a long-standing urban legend of the venue being haunted. On May 13th, SPIRITS of St. Petersburg, the paranormal investigation team, will be on site to determine if there is any evidence of supernatural activity.

Powers’ family has a long history of owning and running tourist destinations and retail stores in Pinellas County. “Ever since my family moved to Florida when I was 10 years old, we have had businesses here,” he said. “We had one at the inverted pyramid Pier until they closed the structure.”

It was his father’s purchase of a totally different kind of business – a Florida winery – that sparked his interest in creating wines and beers. When suppliers began to wane, Powers decided to try his own hand at Florida wine creation. Within three years, his wines had won 55 competition awards and medals. His interest then turned toward the craft-beer industry and he excelled there as well. “In 2020, we won the best beer championship for the best beer pub in the state,” said Powers.

Powers will continue operating Mad Beach Brewing in addition to his new venue on 4th Street. He’s considering transferring some of the most popular recipes from Mad Beach Brewing to Sesh. However, he says, “Sesh is going to have its own flavor and atmosphere to match the city.” He has plenty of time to prepare since he estimates that it will take about nine months to complete the renovations. But, like any fine wine, this gives Powers time to cultivate the property so that it can find its own flavor.