Hey, What’s That? The Beauty of the Beautyberry 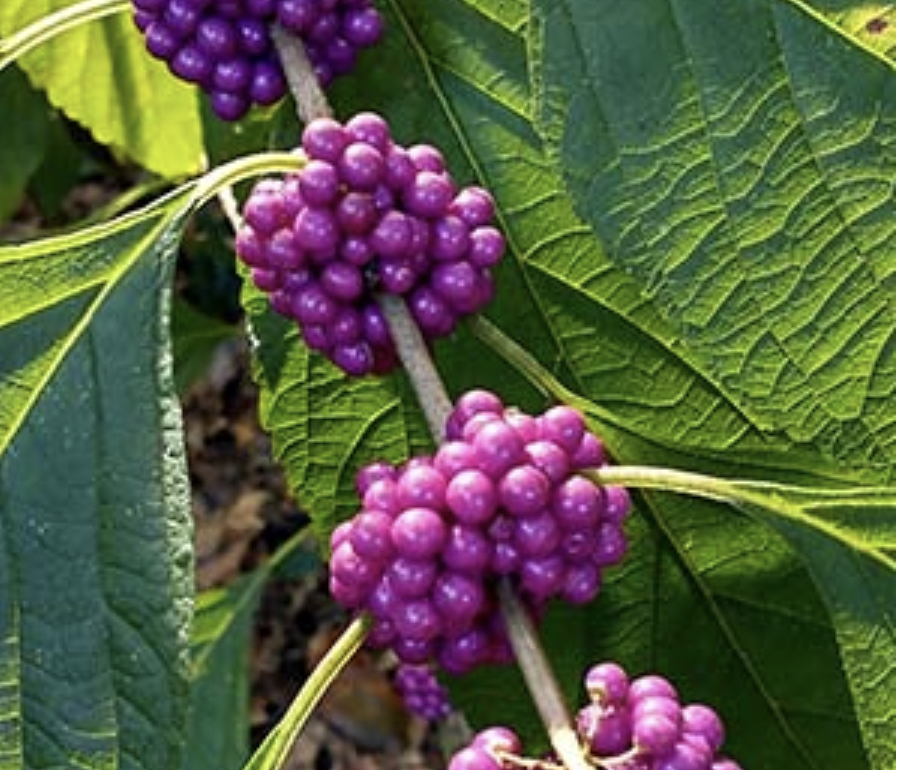 Florida is full of colorful plants and the Old Northeast can feel even more exotic with all the decorative flowering plants neighbors add to their yard. But one local shrub isn’t just a pretty ornament. The beautyberry is downright magical in that it’s not only safe to eat, it’ll keep the mosquitoes away.

The beautyberry (callicarpa americana) is scattered throughout the area, but specifically noticeable along Oak Street between 16th and 17th Avenues NE. Birds love the bright purple berries, but they’re also safe for us to eat. They look a bit like a purple blackberry that you might want to gobble by the handful. In reality, they’re bitter, and a little grainy (trust me). Rumor has it, they make a better jam than they do ice cream or yogurt topping. Native Americans are known to have dried them for a medicinal tea.

But if you don’t plan on making jars of beautyberry jam for all your friends, or sipping a cuppa beautyberry tea, the plant has another use. Their leaves have a chemical called callicarpenal, which is a natural mosquito repellant. Studies have shown the chemical to be nearly as effective as DEET, though sourcing enough of it to satisfy the bug spray market is a bigger challenge.

Using the beautyberry to ward off mosquitoes has been a folk remedy in the American South for centuries and can be as simple as rubbing crushed leaves on your skin and stuffing a few branches under your horse’s harness (for those of you with horses). The internet is full of recipes for making natural sprays by soaking the leaves with a variety of different liquid bases, like rubbing alcohol and coconut oil. Talk about your versatile shrubbery. Eat it, drink it, roll in it!

Got an Old Northeast oddity you’d like to know more about? Email Jon Kile at jgkile@gmail.com.