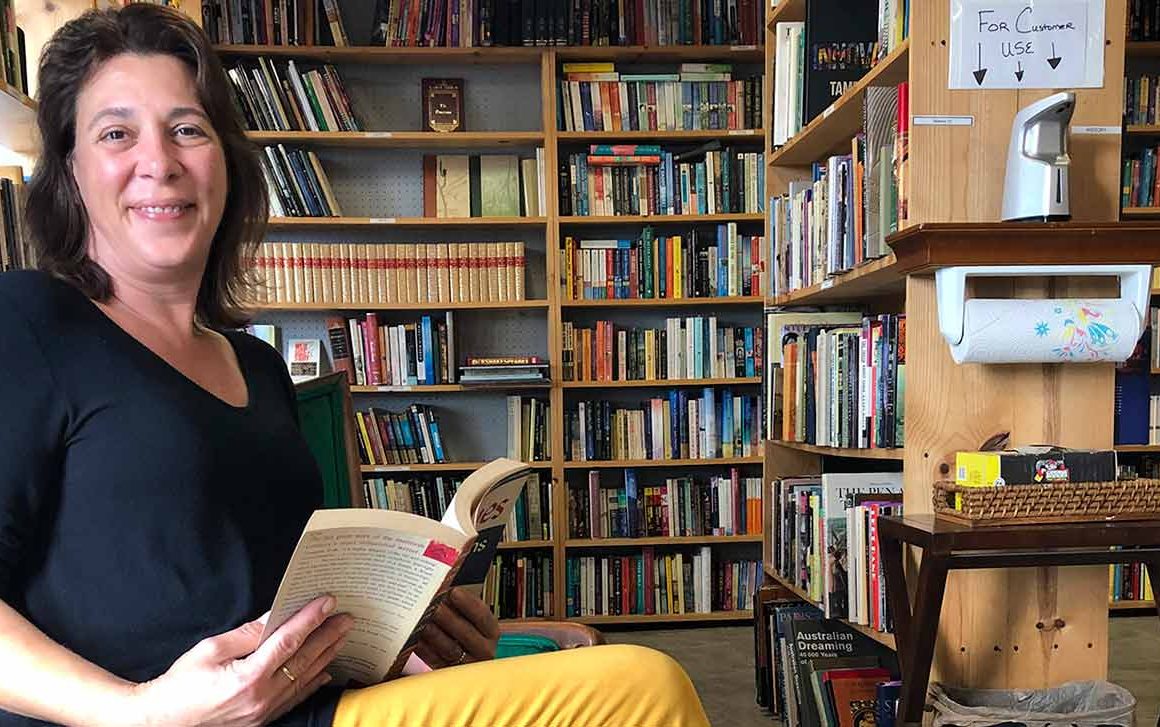 The shuttering of Haslam’s leaves a sizable hole in the independent bookstore scene, but there’s still a lot for book lovers in the Bay Area to love, from traditional new and used sellers to hybrid shops and pop-ups.

News of the demise of print books has been greatly exaggerated. According to Publisher’s Weekly, after an early pandemic slump, sales of print books soared in 2020 and 2021, in nearly every category. And while box stores and online giants gobble up much of those sales, there is a persistent and perhaps growing trend to buy from local, independent sellers.

Michelle Jenquin, the third-generation owner of Wilson’s Book World on 16th Street North, says, “St. Pete is a thriving community of local businesses and I think the future for independent bookstores is positive! Every city needs one or two bookstores, as no two are alike.” Wilson’s, which has offered used and antiquarian books for 50 years, relies on customers who want more than the internet can offer, says Jenquin.

“I see many new customers each week and they always express their love of books and that they prefer an independent business over the big box stores,” she says, adding that used books are important to families on a budget. “We love to help people find that obscure title from their childhood and bring the joy of books to future generations.”

It’s a common refrain: Independent bookstores offer what the internet can’t: a personal touch, whether it’s a one-on-one connection, local business support, or a sense of community.

“Bookstores are known for the community we create,” says Alsace Walentine, founder and co-owner of Tombolo Books on 1st Avenue South, whose shop name honors that very concept. A tombolo is a sandbar that connects an island to the mainland; it’s a metaphor, Walentine explains, for community connection.

“Unlike big box stores where the products are similar from store to store, every indie shop has its own character. The inventory is developed and managed not by an algorithm or an out-of-town executive, but by the booksellers who live here,” says Walentine. “We get to know our customers, our friends and neighbors and what they like to read – and we try to find other interesting books that will delight them.”

Local author Tamara Lush, who writes cozy mysteries under the pen name ‘Tara Lush,’ released the second book in her coffee shop series in December: Cold Brew Corpse. Lush held her book launch at Tombolo Books, as well as other events at Books at Park Place in South Pasadena and the Oxford Book Exchange in Tampa.

As a writer, says Lush, local, indie bookstores are a lifeline. “You’re a member of the community,” she says, “and [as a writer] if you’re looking to sell books, start where you live. You start local.”

“Inclusiveness is really essential,” says Lush, who adds that with indie bookstores, you’re not only supporting local business, but perhaps a minority- or woman-owned, LGBTQ-friendly space.  “It’s really nice to say to readers, ‘Go to a smaller bookstore,’” says Lush. “It’s that personal touch.”

Even with the potential loss of Haslam’s, traditional booksellers are not the only game in town. Non-traditional shops find new ways to bring books to the people. Tombolo Books started as a pop-up in the Bay Area before it found a brick-and-mortar home; it’s a model that trades overhead for flexibility.

Hybrid businesses like St. Petersburg’s Book + Bottle – which bills itself as “a bookstore with wine and a wine bar with books” – offers more than a literary experience, with food, drinks, expanded event options, and robust websites with locally curated online book selections.

Cultured Books Literacy Foundation – an arts and cultural nonprofit dedicated to children’s literacy – runs a pop-up bookstore for kids to foster “a love of self by showing positive images and sharing great stories about people of color.” Sales from the pop-up space and an online store powered by bookshop.org help Cultured Books host story times and kids’ literacy events to ‘broaden world views.’ “Books have the power to change lives,” says Cultured Books founder and St. Pete native Lorielle J. Hollaway via the org’s website. “Books don’t just change mindsets – they empower children to go farther, and to see more.”

Social media is another vital tool for indie bookstores. The ability to connect easily with local customers through social media and digital programming made a big impact in the pandemic.  Says Lush, “People now follow bookstores on social media,” which – in addition to keeping folks up-to-date on offerings like book club picks, author signings and myriad events – also helps smaller independent shops reach and inspire a wider audience.

Jenquin – whose shop Wilson’s Book World might just be the new ‘grandaddy’ of local bookstores – says, “After 50 years in business, we have not changed much… other than incorporating social media,” which, she says, “plays a big part in community engagement.”

“During the beginning of the pandemic, we were nimble enough to personally deliver book orders to our local customers,” says Walentine. “We shifted our in-store programming to virtual programming… We are successful because of the support of the readers in the St. Petersburg area. They kept us going even while our sales floor was shuttered for two months.”

When you build on community engagement, Walentine offers, it’s a two-way street. “That,” says Lush, “is the personal touch a local book store can give.”

While it’s great to support a mom-and-pop where you live, many local, indie shops also give back. “We assist local businesses, nonprofits, and schools by making books available for their programming,” says Walentine. “We’ve ‘popped up’ at events at the Mahaffey, the Palladium, at the Foundation for a Healthy St. Petersburg, at libraries, and festivals… We partner with the African American Heritage Association for a monthly Community Conversation.”

In November, Tombolo asked customers to contribute toward a bulk purchase of books for a local Title 1 school. “Our wonderful customers bought books for children they don’t even know!” says Walentine.

“I think bookstores like Tombolo, they’re not operating in a vacuum,” says Lush. “There’s definitely a sort of ripple effect… It brings the community together.”

Wilson’s Book World has been providing books for the Pinellas County Jail for “many, many years and usually send them about 1,300 books every three to four months,” says Jenquin. “We work with a number of foundations that provide books to families in need. We donate about 50-plus books a quarter to these foundations.“

It’s a small example of how local, indie bookstores don’t just target customers, but offer a vital, organic means to nourish the community in their own backyard. “When people decide to spend their money at fiercely independent local shops, they are strengthening the local economy,” says Walentine. “We all want to live in a unique, vibrant place, and by supporting our neighbors’ businesses, we keep the creativity alive.”