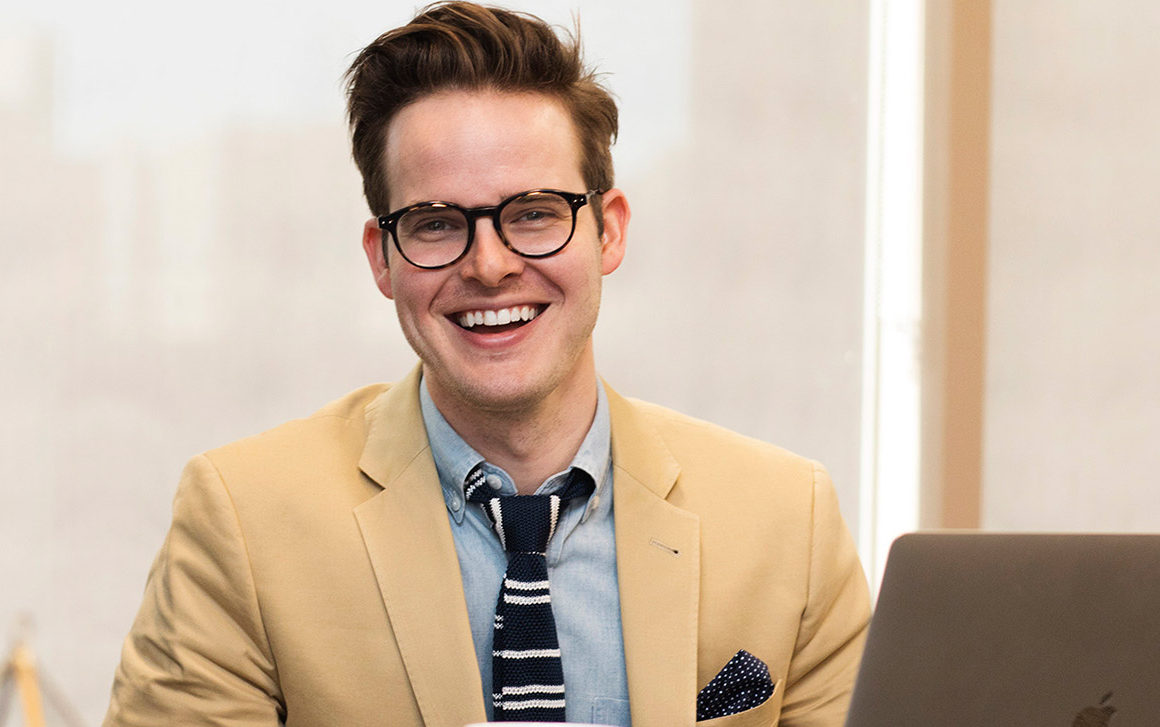 When Kyle Taylor moved into a house on our block in the Old Northeast neighborhood, I figured he must be the college-age son of the new owners. He was that youthful looking, full of energy, friendly, and engaging. I soon learned it was not his parents who were the new homeowners, but it was Kyle himself, and he was building his business in St. Petersburg.

The Penny Hoarder began as Kyle’s hobby of finding different ways to earn money, and it has since grown to employ more than 100 people (and still growing) in a lively, fun-filled, sophisticated workspace in downtown St. Petersburg. The company also earned more than $35 million in revenues in 2017. For three consecutive years, Inc. 500/5000 has ranked The Penny Hoarder one of the fastest-growing private-media companies in the US, and #25 on the overall list of the fastest-growing companies in America. 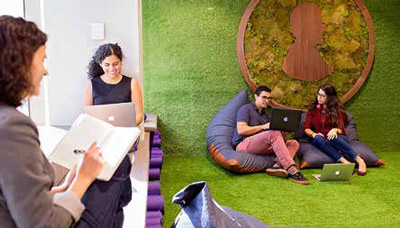 In short, The Penny Hoarder (www.thepennyhoarder.com) is now one of the largest personal finance websites, helping millions of readers worldwide earn and save money. It’s become a phenomenal success and featured widely in several business and media publications and broadcasts. Kyle has spoken on the global stage about entrepreneurship, alternative career paths, and mission-based business. Pretty good for a guy who just turned 32. Best of all, it sprung from Kyle’s curiosity and his personal experience of climbing out of $50,000 in college loans and credit-card debt.

The Penny Hoarder is a truly fascinating business story, but this story is about Kyle, my neighbor, and how he happened to land in St. Petersburg and settle in the Old Northeast. Kyle grew up in nearby Manatee County’s Lakewood Ranch, graduating from Lakewood Ranch High School in 2004. Last September, he was invited to speak to a student audience at the school, where he told his story. He was bitten by the entrepreneurial bug even during his younger days at middle school. He would search for grocery coupons for candy, bicycle to Winn Dixie, stuff his backpack with candy, and resell it to classmates, doubling his money.

“It was a thriving little enterprise,” he told the high schoolers as he went on to tell them about building his current thriving larger business. He also got good at Monopoly by playing the game first against his sisters, and later playing in competitive tournaments, an addiction he still is unable to shake. “That’s how nerdy I am,” he admits.

His was a frugal family growing up, where earning and saving money was their way of life. His mother once worked as a part-time ‘mystery shopper’ where she would scope out selected stores and restaurants and write up reports about the customer’ experience. Kyle saw this not only as a way to make extra money, but also to get an occasional free meal at Waffle House or Chili’s. He was on to something. 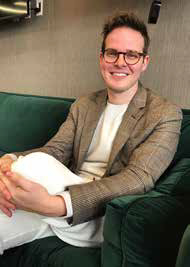 He entered the University of South Florida Tampa to study political science, but dropped out after a semester to try real world politics. He campaigned for John Kerry’s presidential bid, and bounced around working other political causes in places like Denver, Austin, Charlotte, and even St. Petersburg. He tried college again, this time at the University of Colorado, trying out new ways to earn money and running up that $50,000 debt. He scrimped along, clipping coupons, working odd jobs, and blogging about it until his passion became his business. The blog was about how he was able to earn and save money, and it eventually attracted advertisers offering $75 or $100 to promote their products. He relocated to Maine and continued the blog website, but ultimately found that Maine was not the right place to start a business.

Returning home to St. Petersburg in 2015 was Kyle’s first choice in deciding where to launch the current iteration of his business. As he explained on a recent St. Pete X blog-cast, he had always kept abreast of everything that was happening here. He was familiar with several other ‘up and coming’ cities where he had worked, but they lacked the “charm, sense of community and quirkiness” of St. Petersburg. He also knew that St. Petersburg’s growing entertainment, food, and breweries culture was very attractive to millennials like himself. There was also a solid base of “great companies and amazing places to live.”

After successfully launching The Penny Hoarder in St. Pete, Kyle had planned to open a second office in New York City, but he quickly found St. Petersburg to be very rich in creative talent and technology services. He could also easily recruit writers, graphic designers, and technical support from New York and elsewhere, which gave him solid proof of St. Petersburg’s appeal. “Where else could a company like ours hold key meetings with employees on the beach” says Kyle.

Kyle chose our Old Northeast Neighborhood as his “amazing place to live.” He was immediately drawn to the old houses, variety of architecture, the abundance of street trees, and the accessible waterfront. Perhaps most important to him is the sense of community he finds here, and the close proximity to downtown and his office. As evidence of his commitment to the ‘gig’ economy and to the message of The Penny Hoarder, he has given up his car and saves money by using ride services like Lyft and Uber. He relaxes when he can by reading (a book a week) and by being challenged by escape rooms, of which – surprising to me – there are many in and near downtown. By the way, an escape room is an interactive adventure game where players solve puzzles and use clues, hints and strategy to find a way out of a room.

There is something else special about St. Petersburg which Kyle appreciates as he continues to build The Penny Hoarder from the initial gathering of five employees around his kitchen table. The broader community is willing to help. The Poynter Institute for Media Studies identifies St. Petersburg as an important media hub, and an important resource for his company. He also noted that the mayor, city, and county officials, chamber of commerce, economic development groups, and arts organizations, as well as other technology businesses are all on the same page about where St. Petersburg is headed. He finds this type of consensus unique. 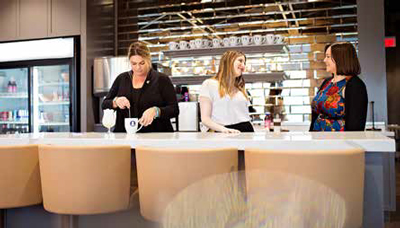 “They’re all invested in the community’s business success,” says Kyle. That creates an atmosphere where emerging companies can freely share ideas, collaborate on projects, and even help in recruiting employees. For example, Kyle noted, if a candidate for a job isn’t quite a fit for one company, he or she is often referred to, and picked up by another company down the street.

When Kyle settled in St. Petersburg, he probably had no idea of the impact he and his business could have on the city. Alison Barlow, the executive director of the St. Petersburg Innovation District – a non-profit that promotes downtown’s university, research, medical, and technology institutions – put it this way: “Kyle is proving that creative companies such as his can attract and build talented teams here and thrive. These companies are the future of St. Petersburg.”

Jason Mathis – himself a recent addition to St. Petersburg as president of the St. Petersburg Downtown Partnership – added that “Kyle exemplifies the new face of St. Petersburg.” It is the same youthful look, energy, and engagement that I saw in Kyle as my new neighbor a few years ago.