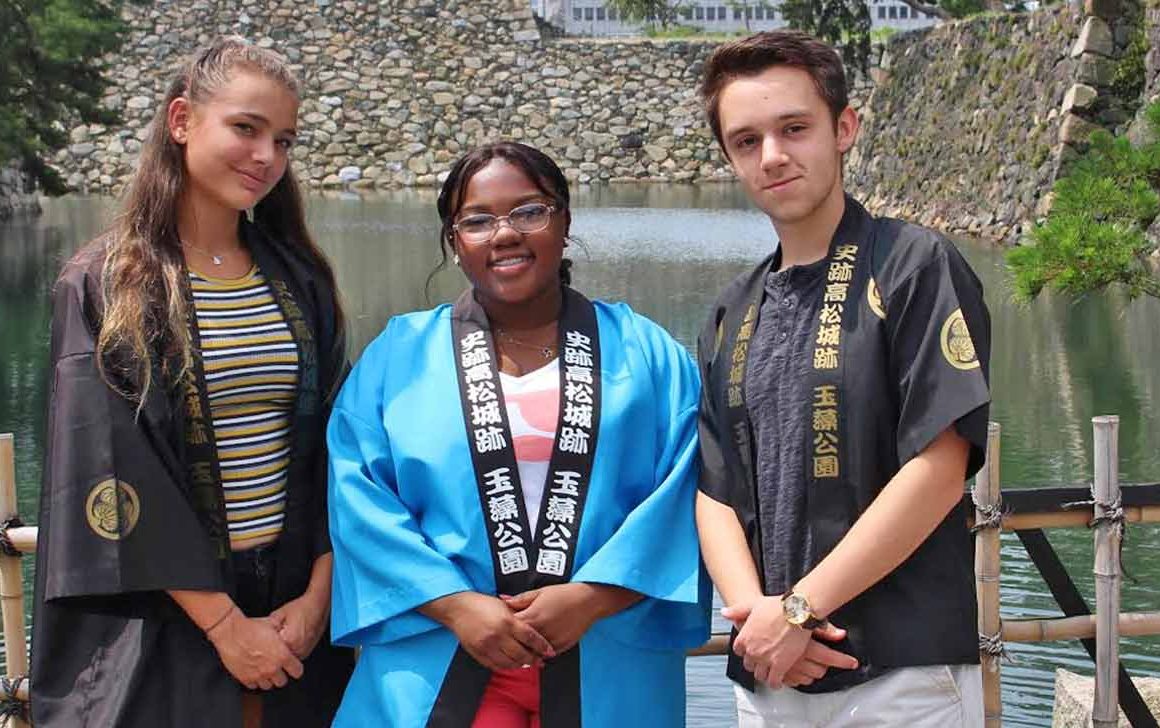 Immersing yourself in another culture can be life changing, as student ambassadors for the St. Pete Sister Cities Program quickly find out. Since 1984, more than 50 local high school students have been selected to travel to Takamatsu, Japan for a two-week stay with local families. The students serve as ‘the voice and face’ of St. Petersburg in a unique cultural exchange program.

Chloe Johnson, a recent graduate of St. Petersburg Collegiate High School, was with a group of three students chosen to travel to Takamatsu last summer. “It was an amazing opportunity,” says Chloe, who grew up in Crescent Lake and Venetian Isles. “My host family and city officials went out of their way to make me feel welcome and make sure I had a positive experience. I am still in touch with host sister all of the time.” 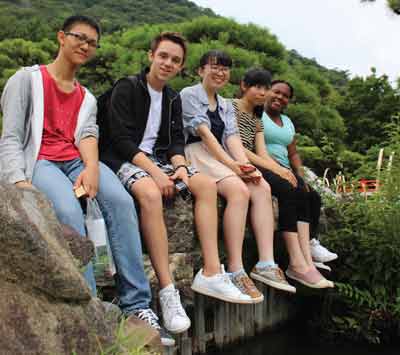 St. Pete’s sister city relationship with Takamatsu started in response to former President Dwight Eisenhower’s People to People International Program, an initiative that he established in 1956 to foster citizen diplomacy. In 1984, St. Pete expanded the program by launching the Goodwill Ambassador program, where student ambassadors are selected to stay with Japanese host families for several weeks each summer. Then in return, Japanese students come to St. Petersburg to experience everything the city has to offer.

Chloe says she enjoyed the experience so much she’s taking what is described as a ‘gap year’ before enrolling in college. In August, she’s traveling to Taiwan to be part of another student exchange program through the St. Petersburg Sunset Rotary Club.

“The trip changed my life. It made me more confident and I learned a lot about independence,” says Chloe. “I feel like I am a much more culturally aware person now.” Among her many amazing experiences: trying on a 12-layer kimono; making paper cranes during a visit to Hiroshima; visiting local gardens and art museums; and going to school with her host sister.

Chloe traveled to Takamatsu with two other St. Petersburg students: Zak Blair-Andrews, a recent graduate of Lakewood High School, and Jenae Henry, a fellow graduate of St. Petersburg Collegiate High School. The students lived with their respective Japanese host families, but attended the local school together and participated in special events coordinated by the City of Takamatsu.

At a meeting at St. Pete’s city Hall earlier this year, the three discussed their experience and offered advice to parents and students who were hoping to be selected as this summer’s student ambassadors. “Be adventurous,” Jenae advised. “At first you might be homesick, but there is so much to explore and everyone is so friendly.”

The students remarked about the similarities the two cities. Takamatsu is located on the northern tip of the island of Shikoku and faces the Seto Inland Sea. Like St. Pete, it has a beautiful waterfront, a warm and humid climate, a bike-friendly culture, and an embrace of the arts.

But as expected, there are also major differences. Youth attend school year-round and are not allowed to drive until they’re at least 18. The Japanese society is also much more structured and the city is very compact. “Most people live in small apartments,” says Chloe. Zak had an unexpected surprise. Because the father in his host family was a Buddhist priest, he was invited to stay at a Buddhist temple for few days and participate in ceremonies there.

To prepare for the trip, students take several ‘crash courses’ which introduce them to Japanese culture and the language. “I don’t speak Japanese, so in the beginning it was a little awkward talking with my host family,” says Chloe. “They grow up speaking English, but when we weren’t sure what was being said, they had an app that translated for us.”

In addition to learning a few key Japanese words to help them manage day-to-day, the students had to memorize a three-minute speech in Japanese they delivered to the Takamatsu mayor during a welcoming ceremony in which gifts are exchanged – an important Japanese custom. “We delivered gifts from Mayor Kriseman, including pins, sunglasses, and a painting from a local artist at Creative Clay,” says Jenae. 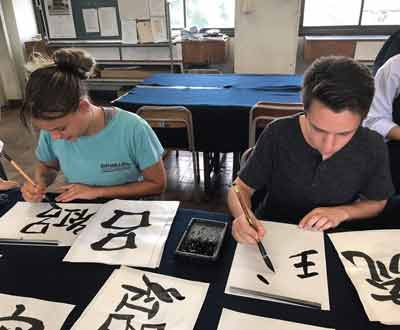 By the time this issue of the Northeast Journal is published, this year’s current group of student ambassadors – Kai Tomalin (a student at Canterbury), Olivia Olson (a student at Shorecrest), and Thalinna Faren (a student at St. Petersburg High) – will just be returning home from Japan, eager to share what they learned with friends and family. Then on July 23, the Japanese students will arrive here in St. Pete, ready to experience what it’s like to be an American teen and to visit our favorite attractions, from local museums to a Tampa Bay Rays baseball game. “Last year’s group loved everything, especially the beach and the downtown murals,” says Chloe.

The St. Petersburg International Folk Fair Society, better known as SPIFFS, coordinates the program for the City of St. Pete. Each year three students are chosen to participate based on their academic record, school-related activities, and how well they might represent the city. They must be St. Pete residents and have completed their junior year at a local high school. “It’s a rigorous selection process,” says Lotta Baumann, SPIFFS executive director. There are 12 applicants for three spots. The panel of judges interviews parents and students. Students also must complete an essay about why they think they should be chosen.

In her essay to the Ambassador selection committee, Olivia, who was chosen to go to Japan this summer, wrote:  “I’ve always seen myself as having two sides. One part of me wants to spend time learning all that St. Pete has to offer. The other part wants to see everything the world has to offer, such as the greatest wonders, new languages, fascinating and foreign cultures. It wasn’t until high school that I realized I could combine these two sides to become a global citizen who can share all my hometown has to offer. For that reason, I want to be involved in this exchange program. I would love to share my love for St. Pete and also experience another culture.” 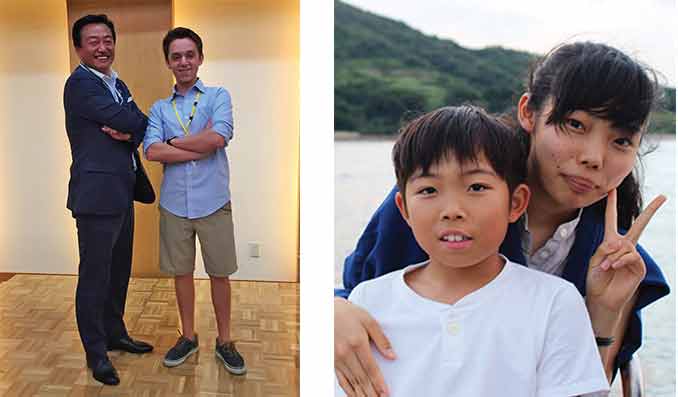 St. Petersburg is fortunate to have such outstanding students be the city’s representative to our sister city in Japan – the cross-cultural bridge that connects two cultures from different parts of the world.