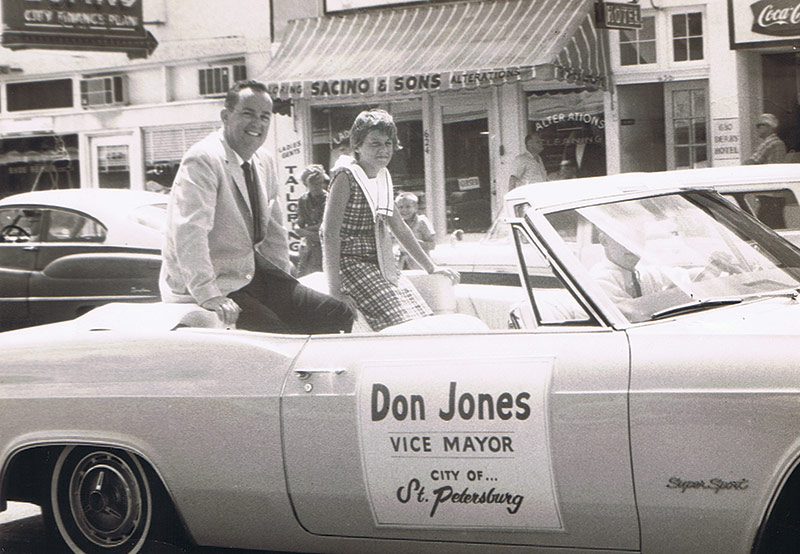 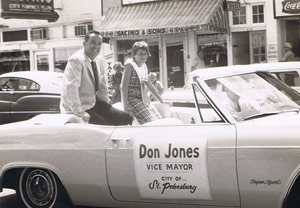 This is the first of a two-part article based on an extensive interview with former mayor Don Jones.  Don Jones was mayor during a time of intense infrastructure improvement, and a watershed period for St. Petersburg’s civil rights history.

Don Jones was city councilman from 1963-1967 and mayor from 1967-1969. In a recent interview, he described his tenure as ‘the best of times and the worst of times.’ “Five of those years were years of dramatic progress, accomplishment and growth. The sixth year was a time of stress, tension and confrontation due to the racial climate at that time in St. Petersburg and America,” stated Jones.

Don arrived in St. Petersburg from Geneva, New York, in 1956, and established his own insurance business. He also was an avid pilot and joined the local pilots association. He became active in community affairs. One of his first volunteer activities was to chair a fundraising drive for the March of Dimes. He came up with the novel idea of a ‘March of Dimes Airlift.’ The public was given plane rides by volunteer civilian pilots for a donation to the March of Dimes, based on their weight, at 10¢ a pound. The Airlift was highly successful and even received recognition from the national March of Dimes organization. 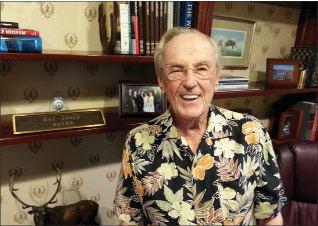 About the same time as the March of Dimes drive, Don remembers that the local newspapers embarked on a campaign to close Albert Whitted Airport and convert it to public and civic use. He became one of the spokespersons for the pilots association to keep the airport open. He participated in a number of debates held at service clubs and neighborhood associations. Advocates for the airport prevailed.

It was at this point that a friend who was a member of the city council urged him to run for a city council seat. After much discussion with family, friends, and business contacts, Don decided to declare his candidacy in December 1962. The election was to be held in March of 1963. When he decided to run for city council a mere seven years after arriving in the city from Geneva, New York, he was still regarded by many as a newcomer. He commenced his campaign, walking door-to-door throughout the council district. He says he “found out that politics is a lot of fun.” Don remembers one door he knocked on in particular. “On one day, by accident, I knocked on – the door of my opponent, G. Harris Graham. We were both surprised. He was not a ‘happy camper’ but I got through it OK.” Don eventually won the election with 55% of the vote.

He was sworn in as a city councilman on April 1, 1963. Don notes that it was April Fools’ Day, and recalls how little he knew about city government at the time. In the 1960s, St. Petersburg had a council-manager form of government. The elected mayor served as a ‘first among equals’ on the council and had one vote just like the council members. A professional city manager actually served as the city’s executive and ran the city. The council formulated policy and approved ordinances, usually on recommendation of the manager. Don says he always considered his “six years in city government to be the equivalent of a college education.” 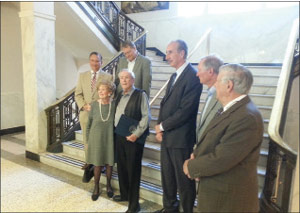 One of the first policy matters to come before the new council was integration of the parks and recreation facilities. Mayor Herman Goldner, a progressive for the time, called a private caucus to discuss racial integration of the parks and recreation facilities. “Up until that time, Goldner never had the votes on the council to accomplish integration. I became the newly elected vote for change,” Don recalls. “The measure passed the council on a 4-3 vote. The very first vote on my first day on the city council was to integrate the Parks and Recreation Department. I have always thought that was one of the most important votes I ever cast. St Petersburg changed for the better that day.” He remembers Mayor Goldner as a brilliant man. “He was probably one of the smartest people I ever met in public office.”

Don was an avid tennis player and it was natural for him to take a special interest in city recreational facilities and programs. He believed that the city recreation department was overly focused on baseball to the neglect of other sports and activities. He pushed for the expansion of tennis courts, basketball courts, swimming pools, and recreation centers. “Whenever I visited another city, I made it a priority to examine their recreational facilities and when I returned, I introduced new ideas and concepts to the council, many of which were adopted.”

Over his career, Don served as chair of the United Way, chair of the March of Dimes, vice president of the Chamber of Commerce, and president of the Suncoast League of Municipalities. He was also appointed by Mayor Goldner chair of the city’s new Sister City Program with Takamatsu, Japan. Don recalls his time as an elected official with the city as the ‘Golden Years of Capital Improvements.’ “We were a fast-growing city and in serious need of major infrastructure improvements. There were many unpaved streets, poor and partial street lighting, etc. The City had in place an ‘area improvement program’ that brought a neglected city infrastructure to a level where it was the envy of neighboring cities, and even received national attention. It was a joint program that involved taxpayer funds but also incorporated a program of assessments paid by the benefiting neighborhoods. At the same time, we were embarked on major capital projects such as a beautiful new sports and entertainment facility, the Bayfront Center, a new main public library, and many other city-wide community enhancements.” 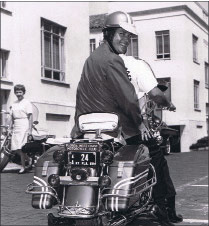 Having successfully served on the city council, including service as vice mayor, Don was elected mayor on March 21, 1967. A look at Don’s campaign literature for that election shows themes such as ‘Progressive in Human Relations’ and ‘Receptive and Responsive to All People.’ Upon election, he immediately announced three goals: Operation Greenspot the spin-off of Mound Park Hospital from city operation, and adequate wages for city employees. Operation Greenspot was a program to clean up and create small grassed parks out of vacant lots in the city’s rundown neighborhoods.

“At that time, the city was totally segregated, including public facilities. A black police officer could not arrest a white man. Our parks and recreation department was segregated. Black children could not play with white children in a recreation center.” One early action to come before the council was a proposal by the city manager to fence in Lake Maggoire and charge for admission to discourage its use by African Americans. The measure was approved by the council. Don’s was the only dissenting vote. A similar proposal was made to erect a fence at North Shore Beach, and again Don vigorously opposed the measure. He fought virtually alone for the John Knox Apartments for the elderly located in a black neighborhood, and for an outreach employment office on 22nd Avenue South.

“My idea was that the City Council was the idea factory for the city. Consequently, some others on the council considered me a ‘boat rocker.’ But during my time on the council and my first year as mayor, we accomplished a lot. During my first year as mayor, for example, we transferred Mound Park Hospital from direct city operation and reorganized it as an independent not-for-profit organization. I thought this was a better way to assure high-quality care. It was something that Mayor Goldner also wanted to accomplish, but was unable to do during his term. I think organizing the hospital as an independent nonprofit was one of the best things we did.” Don also called for the reestablishment of a Bi-Racial Committee, first organized in the 1950s to address racial concerns within the city. “I wanted it to report directly to the council, but the manager wanted it to report directly to him and he won.” 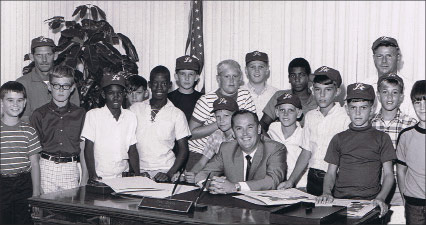 Don celebrated his 90th Birthday on February 23rd.  A special celebration was held at City Hall with all living former mayors attending.

[This is the first of a two-part article.  The second part, which deals with the Sanitation Strike of 1968, will be published in the May edition.]