Mom Worked at the CIA… No Really! 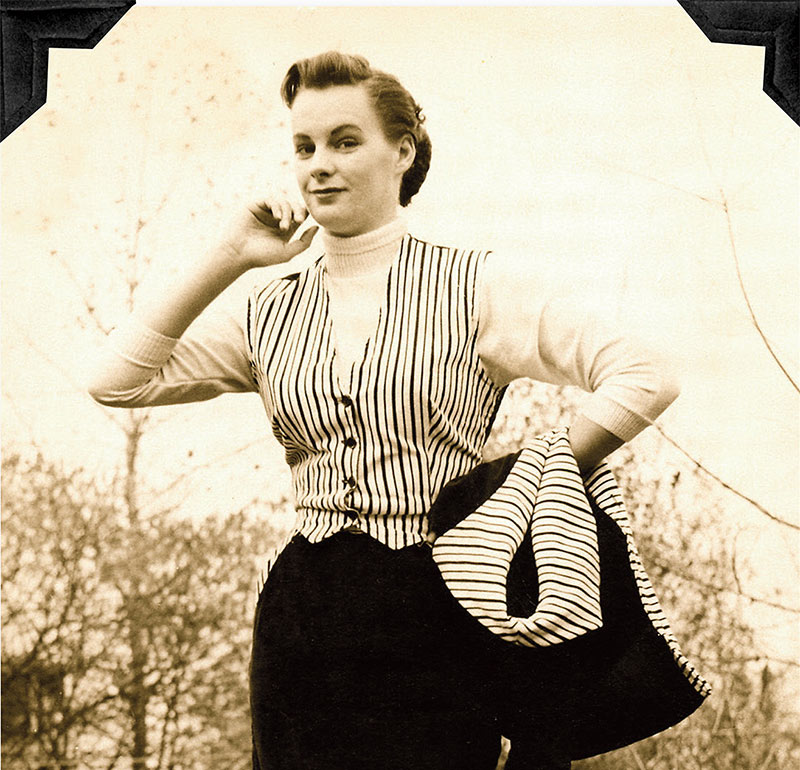 My mom went to work at the CIA in the late 1950s, beginning her career in what was commonly referred to as the secretarial pool. After a few years, she left to start a family, then returned to work at the CIA about 10 years later. By then, she had my brother, three sisters, and me. I was two years old. With five little ones to feed and clothe, both she and my dad worked.

Growing up, the best part for me was being able to reply to the near daily jibes I got regarding my family last name, Bond. Good jibes to be sure, as my response became the fun part. The jibe would start with, “Oh, your name is Bond? I guess your dad is James? Hardy har har.”

I want to gag when I hear that now, as I’ve heard it about a million times. But, as a child and teen, it set up a great game of, “No, but my mother works for the CIA.” Here is where I would give a total deadpan expression without speaking further. Confusion would cloud the face of my would-be comedian. It was usually enough to shut down some stranger trying to be funny as they looked at my identification for virtually anything requiring them to see my last name.

The death in late October of Sean Connery, aka James Bond, the infamous Agent 007, got me thinking of my mom, the CIA, and our family name. One of my favorite stories about mom working at the CIA still makes her (and me) giggle. It happened in the steno pool… she still brags about knowing shorthand, something that allowed for a pay-grade increase in those days.

The secretaries all sat in a group setting, which I suppose must have looked like my first typing class. One day she started to cough rather forcefully – only she was faking it. She took some ‘cough syrup’ out of her purse and self-administered. (It was actually liquor!) After taking a few shots, she offered some to her girlfriend co-worker, and they proceeded to party the afternoon shift away without getting caught.

We’ll call my mom Betty – Betty Bond – as I do feel a certain need to protect her identity. Besides, that’s what she tells friends to call her. She retired in 1993 from “the Agency” and kept in Christmas card contact with a few former coworkers. She knew many exciting people, including one lady colonel in the US Army who came to our house for dinner occasionally. The colonel taught me the proper way to set a table. She frightened me a little, although I was in complete respect and awe of her. I still wonder how much or how often the Agency sent someone to check on our household. To my knowledge, Mom had some rather significant security clearances after her decades of work there.

I remember Mom working on something related to planes and photography, a technological advancement that allowed us to spy on the Russians and I suppose the Cubans. It was primarily the Russians who grabbed the headlines back then, especially at The Washington Post, the newspaper where my father worked.

I like to relate that I grew up in a Maryland neighborhood that allowed distant views of the National Monument in Washington, DC. (Yes, the one that looks like the pencil). If you rode your bike to the top of the highest hill, the monument stuck up against the sky miles away in the distance. It was not lost on me, even when I was a child, that I grew up in one of the most important cities in the world.

I like to think that what Mom did in her career was pretty important, too. It’s interesting that in the Wall Street Journal on November 23, 2020, there was an article about the technology that Mom and her cohorts worked on deploying planes with cameras that allow us to photograph the Russians. It seems that this was the subject of the Open Skies Treaty negotiations. The point is, what Mom did back in the ’50s and ’60s that required security clearance is no longer secret today.

As Mom advanced in her career, she became a double-digit GS – that’s Government Service employee. She proudly told me she was a GS13 when she retired, and the good news is that a civil-service pension from the Office of Personnel Management (the OPM as Mom calls it) has provided a stable retirement.

Some of Mom’s work required travel to places like Denver and upstate New York, where she met with officials from Kodak in Rochester. She brought my sister and I matching Rochester Institute of Technology’s Tiger mascot t-shirts, and I wore mine to oblivion. It was special; usually we only got shampoo samples.

Mom was definitely a character. She drove a Corvette. Her work always sounded fascinating to me and even influenced my career selection. Very early in life, I just knew I was going to carry a briefcase. It is still impressive to hear about her success in a man’s world. She was entrusted to give presentations at a ‘debriefing’ with people hanging on to every detail. She has a great sense of humor and told us about how she would inform people in the meeting, “If you have any questions, let me know and I’ll give the answer… or I’ll make one up.”

While Mom’s assignments and projects were not the subject of dinnertime chatter, some of her interactions with coworkers sometimes were. She told us about the colleague who could sleep through meetings with his eyes open. She also talked about knowing a few undercover agents. She traveled to Europe one summer and visited a former co-worker who married the Ambassador to Poland.

Gratefully, she kicked her life-long habit and finally stopped smoking cigarettes when I was 18 years old. I had lived at the beach that summer and came home to College Park to attend the University of Maryland in the fall. The first morning I was home, Mom flitted around the kitchen smiling, batting her eyelashes, and asking, “Do you notice anything different?” I was busy eating a bowl of Captain Crunch at the time, and not really interested in her new designer jeans, or loss of five pounds, or whatever it was I thought she was trying to show me.

Finally, exasperated at my inability to guess, she announced proudly, “I quit smoking.” I think I cried at that moment. It was as if angels were singing in my ears, I was so happy. Mom had been a smoker since her teens, and I grew up thinking that purses should smell of tobacco and Wrigley’s gum.

Now Mom and Dad live nearby in central Pinellas County. Occasionally Mom uses her intriguing past to entertain residents at the adult-living facility where she resides. I will miss Sean Connery, who starred in Ian Fleming’s original James Bond movies – the first star and my favorite. A few years ago, I did an internet search for my given name – Samantha Bond – and found that a British actress of the same name played Miss Moneypenny in four James Bond movies. Start the movie soundtrack: It’s Bond, Sam Bond.