May 29, 2018by Marty NormileNo CommentsAll, Why We Love the 'Burg 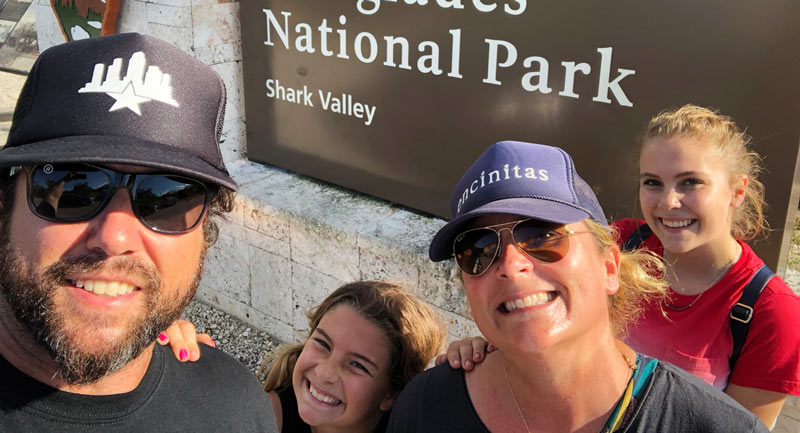 Within five minutes of their first meeting, Chris Steinocher, president of the St. Petersburg Chamber of Commerce, knew immediately that Chad Nuss and his new tech company, InsideOut, would be huge wins for St. Petersburg. Chad and his team are exactly the kind of young, creative entrepreneurs the city is focused on attracting. For Chad, coming to St. Pete felt like the perfect fit, too.

I met Chad recently for coffee at the Black Crow coffee shop in the Old Northeast where we both live. I wanted to learn more about what attracted his family and his business to St. Petersburg, and how they are settling in.

A California native, Chad has lived in some attractive and vibrant places like Santa Barbara, San Francisco, and most recently Napa Valley. But like so many of us, he and his family love St. Petersburg, and they already feel at home here.

Initially, Chad and his business partner, Christina Cherry, had selected Sarasota to launch their new tech business in 2015.  Then, when they made the decision to expand the business, they looked at several Florida locations including Naples and Tampa. But luckily they ‘stumbled’ onto St. Petersburg at the suggestion of a friend. 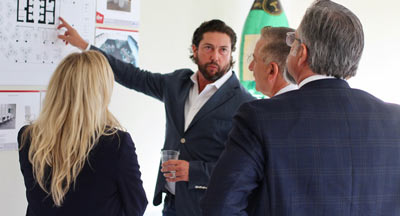 Chad recalls that even though he had driven through St. Petersburg dozens of times on his way from Sarasota to the Tampa airport, he had never veered off I-275 and explored the city. So, in 2016 he and his wife, Holly, decided to take a look. As they drove down Beach Drive past the Vinoy and into the Old Northeast, they were hooked. It felt a lot like their Napa neighborhood and it seemed like a good fit for their two daughters, Cecilia (14) and Chloe (10). The couple rented a house, virtually sight-unseen after a friend sent them a phone video tour of it. They packed up the family, including Chad’s mother, Jeanette, plus the family’s two dogs, and made the move in July 2016.

Holly Nuss, an entrepreneur herself, is the owner of TeplinNuss Public Relations. She works from St. Pete and Napa where she has offices in both. The children are enrolled and active in their schools, Chloe at St. Paul’s Catholic School, and Cecilia at Canterbury School of Florida. Jeanette, Chad’s mother, enjoys an active lifestyle in her new home, and Bubba and Gunner, the yellow Labs, are regulars in North Shore Park.

“Falling in love with a city that I had not visited before was the biggest surprise,” says Chad. “We like the brick streets and older homes in the Old Northeast – it reminds us of living in downtown Napa, where we pulled up our roots. Living here, my kids can get on their bikes and ride along the waterfront, stop at the pool, enjoy a movie, and come home safe and sound. There are not many communities where you can balance the safety of a downtown environment with the quality of life we have here.”

The short commute to his downtown office in the BB&T First Central Tower is a big plus, too. “After living in San Francisco for 10 years, I really appreciate having zero traffic and zero commute,” says Chad. “It gives me the chance to pop over to the kids’ school events and sports games, and be back at the office within minutes. I think it’s brought us all closer together.” 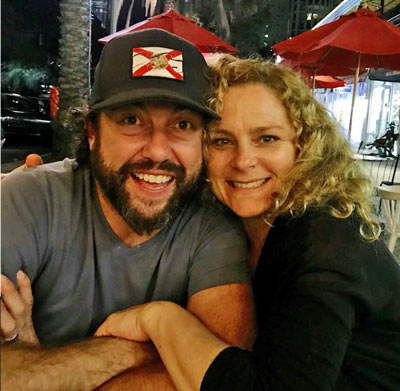 An outdoor guy, Chad enjoys time on the water in his kayak, a fishing boat, or paddleboard, plus playing tennis, swimming, bicycling, or running along the waterfront parks. “Being a transplant from California, this makes me feel right at home,” he told me.

You might describe Chad as a ‘serial entrepreneur’ – InsideOut is his fourth start-up tech company. Chad calls InsideOut a sales innovation lab. As he explained on a recent podcast, “we created InsideOut to essentially help empower sales people to be creative, find innovative ways to increase their customer base, and let new customers test and measure their approach to how they sell.” One bonus of the business being in St. Petersburg is that it gives Chad the opportunity to show off his new city to visiting clients, and – who knows – maybe convince some to relocate here. He has also formed a working group of fellow CEOs from six small and mid-sized downtown tech companies to assist the city in promoting this emerging sector of St. Petersburg’s business base.

So, how are Chad and his family settling in? “St. Petersburg and the Old Northeast have everything we were looking for,” he says.