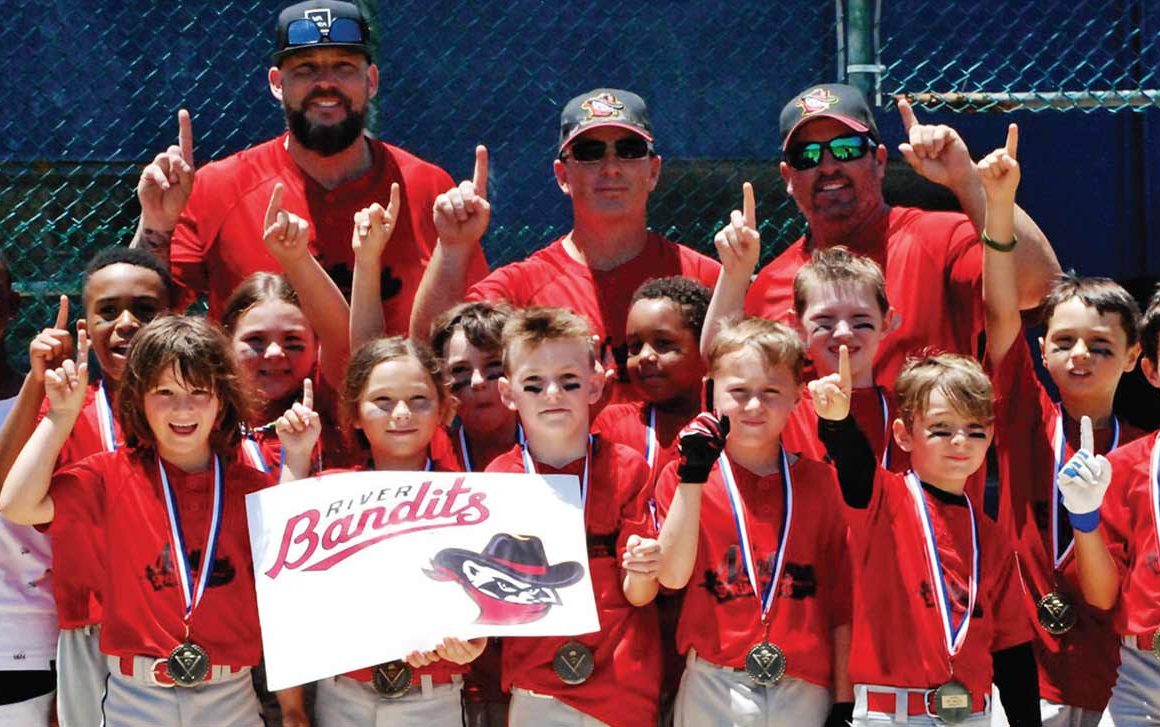 There’s a smell that comes with the cloud of red dust that rises when a runner slides into home plate. It’s the smell of childhood in spring. For 62 years, the baseball stadium at 45th Avenue North and First Street has been home to the Northeast Little League.

This year’s Opening Day on February 22nd marked the official unveiling of Northeast Little League’s new mural on the outside of the stadium. When a prior mural project stalled, the league was left with a half-finished painting. A volunteer suggested they reach out to Brian McAllister, an art teacher and muralist at Gibbs High School. 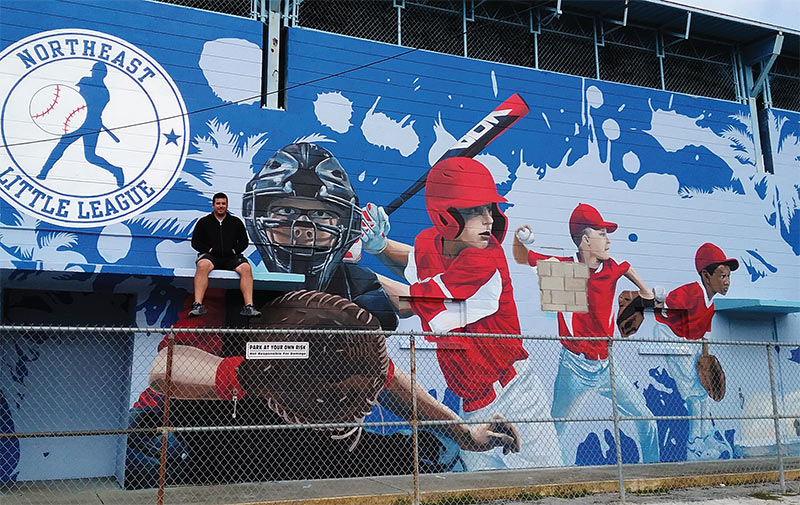 Brian McAllister taking a break while painting the NELL mural

Brian and his students at the Gibbs High School Mural Club have created an impressive portfolio of artwork in Clearwater, St. Petersburg, and the beaches, often competing with international artists for projects. In 2019, they were selected to paint the side of the historic Royal Theater in Midtown St. Pete for the prestigious SHINE Mural Festival.

Unlike buildings with windows that muralists must work around, Brian says the bleachers’ prominent south-facing wall offered him an almost uninterrupted canvas. The club took advantage of the holiday break to complete the mural. He relates the story that just as he and his students were finishing, one of the Northeast Little League coaches was admiring the art and noticed an odd detail. The new mural depicted a true rarity in the sport: a left-handed catcher. Little Leagues nationwide are a big reason that left-handed catchers are extinct, as it has always been standard practice for each team to receive an equipment bag with a catcher’s mitt for a righthander. Brian explained that the southpaw catcher was actually just the result of the best way to lay out the scene with the angles of the walls. 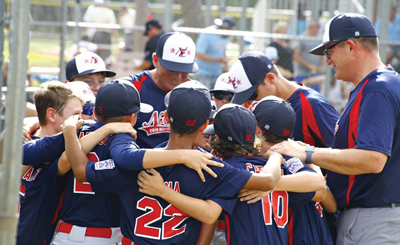 A Northeast Little League team in a huddle

Board President, Trent Manke said he couldn’t be more pleased. “Driving up First Street and looking at the back of the grandstand and seeing that mural – it is amazing how great it turned out.” He added jokingly, “It also made me take a look at the rest of the structure and realize how much painting I had to do.”

Over the years, thousands of local boys and girls have honed their baseball skills at Northeast Little League. Former Board President and attorney at Trenam Law, Jay Walker has been volunteering with the league for more than a half-dozen years. Jay says that inclusiveness is part of the league’s success. “The entire league is run by volunteers,“ says Jay. “It’s a lot of work and every five to ten years there is a different set of faces as kids move up to playing at higher levels. We’ve been a part of the lives of literally thousands of families in the community.”

Northeast Little League offers fall and spring seasons of both baseball and softball, as well as tee-ball for the youngest players. Jay reports that in the spring season, some 450-500 boys and girls are enrolled in the program. There is a cost to participate, but Jay pointed out that their inclusivity is part of the league’s success. “We have a scholarship program, so no one is turned away because of an inability to pay.” 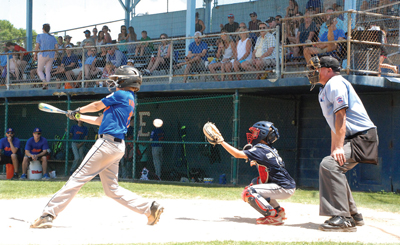 Northeast St. Pete residents know it’s baseball season when the side streets around the ball fields are crowded with cars and throngs of families gather to watch in the stands. The prime location on 45th Avenue was donated to the league by the Crisp Family in 1958. The league also uses fields on city property on 62nd Avenue North. The 62nd Avenue field has scaled-down contours of Boston’s Fenway Park, complete with a 30-foot-tall left-field fence. Both facilities boast manicured fields, and well-appointed snack facilities run by parents so that players and spectators can get a hotdog or a burger at the game.

This year’s season opened on February 22 with yet another group of local boys and girls stepping up to take turns hitting, catching, and throwing. As teams paraded onto the field for the opening ceremony, a hush came over the crowd as everyone stood for the Star Spangled Banner. Retired Major Leaguer and current Rays broadcaster Orestes Destrade was on hand, as he often is, to give an inspiring message to the young athletes. His towering stature and big smile embody the spirit of the sport.

Among the other guests honored during the ceremony were Brian and his team of artists. For years to come, players and families will pose for photos in front of their work. From the first days of the Hoola Hoop to the age of the X-Box, a lot has changed for kids at Northeast Little League, but the distance between the mound and home plate remain the same, and hope springs eternal with each 2019 District 5 champions, 12 years and younger new season. 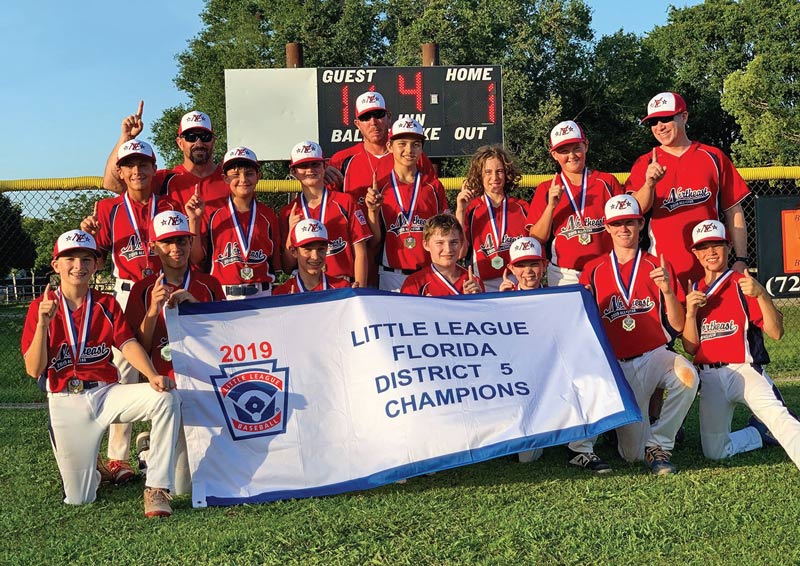