May 24, 2016by adminNEJNo CommentsAll, Cover Story 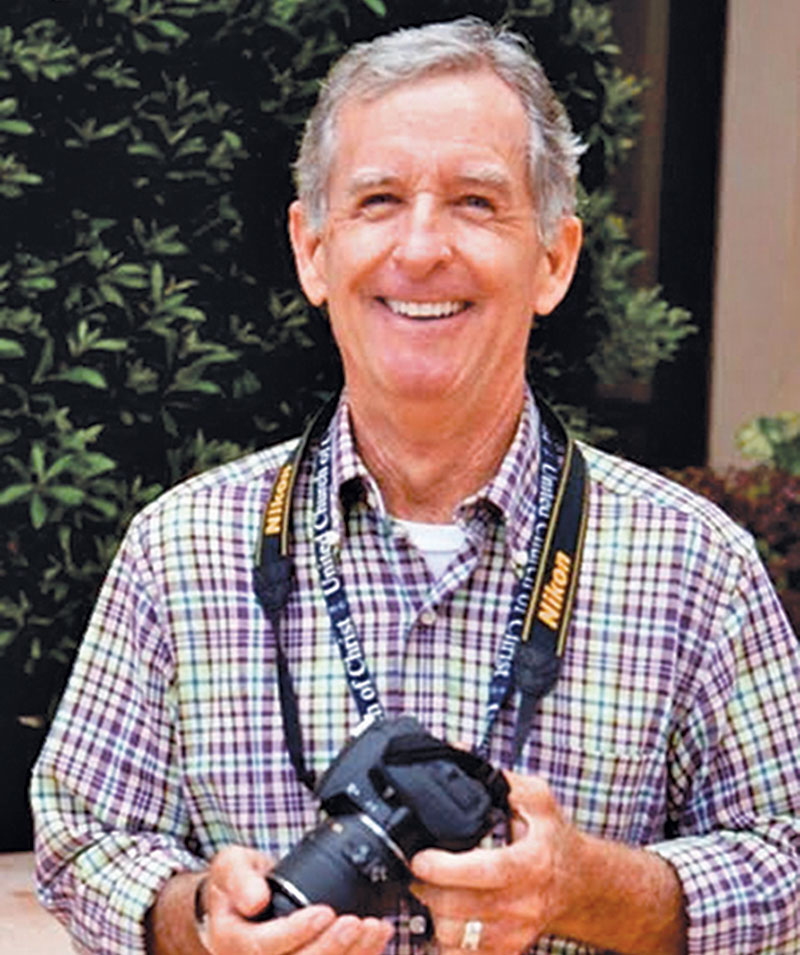 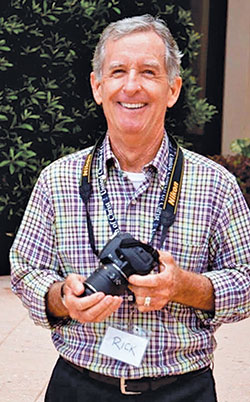 Soon, the last issue of the Neighborhood News will be arriving in our mailboxes! In its absence, what will we talk about? How will we know what’s going on in the Old Northeast?

No, this is not an obituary for Rick Carson (as he says tongue-in-cheek). Rather, this is a standing ovation, a Pulitzer Prize if you will, for the long-time editor of the HONNA (Historic Old Northeast Neighborhood Association) newsletter. There just isn’t a name for the honors he deserves for being the best, most patient, faithful, and longest-serving newsletter editor and photographer in the world of newsletter editors.

Who does a stress-filled, time-consuming, under-appreciated job for 14 years for free? Rick Carson does. And, he has also been a newsletter editor for free for other organizations, many at the same time. Well, maybe he isn’t perfect; he is sort of quiet (if that is a fault). He is always there at every function, in the background quietly taking it all in, as his camera shutter clicks away.

Trying to think of another something that keeps him from being perfect is difficult, but the only thing that presents itself is this: how little he shares about himself. Rick is such a good listener, and his name is a recognizable one in The Old Northeast, but how much do people really know about him?

We just had to ask, then call, then email, and be persistent, and then… voila! So, here is the scoop.

The first question we all ask is:

Why? Why are you quitting this wonderful, free job? It seems that ‘timing’ is the answer. Some newspapers, magazines, and other publications are downsizing while at the same time expanding their online presence. “A quarterly is just not timely anymore and that’s what is needed now for this culture,” explains Rick, adding, “Facebook, NextdoorOld Northeast, and the HONNA website are more immediate communication vehicles.” That has more appeal for some. 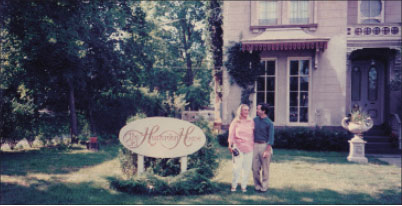 But, Rick, how can you have a life without the newsletter? Well, guess what: he has a life! One wonders how he found the time to devote to the HONNA newsletter when all of his other activities come to light. In the first place, he is also the editor for the bimonthly newsletter of the United Church of Christ in Florida, which encompasses 95 congregations in the state. He is a member of Pass-a-Grille Beach Community United Church of Christ where he served for seven years as a reading tutor. In addition, he enjoyed being a volunteer for Meals on Wheels, delivering meals every Monday for seven years.

Rick had moved to St. Pete Beach from Frenchtown, New Jersey, in 1989 to be the live-in support for his widowed mother when he realized he was transitioning into ‘early retirement.’ For three years he had been the live-in innkeeper of a seven-bedroom bed-and-breakfast in a renovated 1865 Italianate-style Victorian.

Now he felt it was – in his words – “pay-back time,” so in the early 1990s, he coordinated Catholic Charities’ AIDS Buddy Volunteer Program for Pinellas County, which lent emotional support to those impacted by HIV/AIDS, and he also wrote a newsletter which circulated among the program’s volunteers and other AIDS groups in the county. 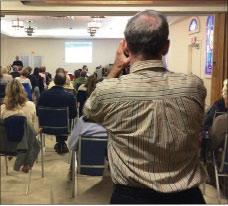 He lived with his mother until her death and then decided to move on, looking for an older neighborhood with character. Thus he ‘found’ the Old Northeast and his perfect home. He renovated his house for nine months, and when he attended his first HONNA meeting, it was during the controversy around the building of the CVS at 9th Avenue and 4th Street.

At some point after that meeting, Rick met with HONNA president Chris Eaton and board member Joe O’Connor to talk about revamping the then-monthly newsletter. Rick suggested a quarterly publication with a more varied and substantive content, which would make the newsletter bigger.

“I was doing things I didn’t have time to do before,” Rick remembers, and he began a “renewed pay-back time” becoming HONNA newsletter editor in March of 2002. “What kind of things would I want to read,” was Rick’s modus operandi. “Take houses for sale in the neighborhood – who are the new owners? Let’s print their names and use this as an entrée to welcome them to the neighborhood,” he recalls, adding, “People may miss things in the daily newspaper relevant to the Old Northeast or don’t get the paper at all, so let’s provide brief summaries of what’s recently happened.”

The newsletter was really quite unique for its genre, and Rick’s innovations and caring, creative talents were obvious throughout each publication. One of the most popular columns in the newsletter that he introduced – Over the Back Fence – is a shining example of this flair. It was a sharing of neighborhood news – great job promotions, proud graduates, personal achievements, good news, sad news, maybe some complaints and peeves – just local chatter, not gossip.

This newsletter had room for funny, wacky blurbs about incidents or people. And Rick is very appreciative of the many neighbors who have written articles or columns, the advertisers who underwrote the newsletter’s costs, and the layout artist, Sharon Bond, who has been with the newsletter since before Rick became its editor.

In this same period, Rick was also editing his college alumni LGBT group newsletter, and was editor for his 50th college reunion newsletter last year. He helped organize three get-acquainted socializers for LGBT residents of the Old Northeast in the early 2000s, and also founded a book club for gay men in the area, focusing on works by gay authors such as Gore Vidal and James Baldwin.

But, Rick was always and forever a ‘newsletter man.’ He explains that it is his way of trying to help people come together: “It’s an opportunity to connect people with other people, ideas, organizations, or groups… helping people find someone or something they may have been looking for, or making them aware of something they may not have even realized they were looking for.”

So, at first he combined newsletter editing and politics. Really? Not unheard of, as these fields are not mutually exclusive. But, how did that happen? Well, it’s a circuitous route from Washington, D.C. politics to good deeds in St. Petersburg, but all the paths connect. 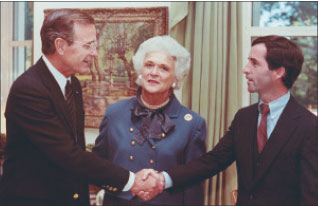 Moving to Washington, D.C., he became an employee of the Republican National Committee in 1968. During his time in Washington (including less than a year in Virginia) from 1968 to 1985, Rick also worked for: a gubernatorial campaign in Virginia, a Republican Member of Congress from Pennsylvania, a special House Committee, and a political consulting firm. While at the National Republican Congressional Committee (the campaign arm of Republicans in the House of Representatives) and the government relations office of Motorola, he created in-house newsletters for both organizations.

In 1984, he and three others quietly organized a group of LGBT Republicans called CAIR (Concerned Americans for Individual Rights). The organization did not last long at that time, but was similar to the present LGBT group known as the Log Cabin Republicans.

Rick felt he had gone as far as he could in Washington and thus changed direction completely in 1985. He and several friends bought the aforementioned historic house in New Jersey, and he became its innkeeper. That was a different way to interact with people – but it just didn’t quite suit him. “A lot of work for very little reward,” he declares.

That would be the way most of us would describe being a newsletter editor. But that is not what newsletters mean to him. Rick is all about connecting! That’s what newsletters do for people, groups, communities – for all of us. Let’s hope we all stay connected, even after the last issue of the Neighborhood News arrives in June, and remember that Rick is our connector!