November 17, 2015by adminNEJNo CommentsAll, Spotlight on the Arts

A Look Behind The Scenes With John Collins

John Collins, the executive director of the St. Petersburg Arts Council, and his wife Mary Ellen, a writer, met at Tufts University in Boston where he was the associate director of Alumni Relations and she was hired as one of several assistant directors. It was a definite match from the start. “We knew we were in trouble right away,” jokes John.

Another little known fact about John.  When he lived in Boston, he was a street mime at the Faneuil Hall Marketplace.  “I loved it,” says Collins.  “I studied mime with private instructors for two years, did some teaching, and then ventured out into street performing. I was good at engaging an audience.  We didn’t simply pose frozen or follow people.  We had an actual 20-minute improvisation.”

He went on to found the Boston Mime Theatre and did some touring with the company, including performing at Spoleto, the premier arts festival in Charleston. 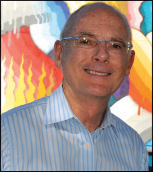 But, today Collins is best known for his networking and fundraising skills. He’s a powerful voice for the arts, but much prefers a behind-the-scenes role, giving others credit. Collins lends a steady hand in helping provide guidance, raise awareness, and direct resources at the St. Petersburg Arts Alliance. He’s got an interesting job in a city that recognizes the value of arts in economic development, and would like to see it get even bigger.

Do you enjoy The Second Saturday ArtWalk? The arts alliance deserves kudos for coordinating this monthly block party which draws all sorts of people downtown after-hours to check out the galleries and artist studios.

Did you participate in any of the events during SPF 15, a new St. Petersburg arts festival which included a celebration of the city’s many urban murals?  Collins again.  The arts alliance worked with the Suncoasters to create this unique showcase of the city’s artistic talent.

John and Mary Ellen have lived in several states and for a time on Florida’s East Coast, but St. Petersburg and the Old Northeast are where they want to be.  “We are the couple who could live anywhere but choose to be here,” says Collins. “It’s a good fit for us.”

Collins grew up on a farm in Connecticut, the oldest of six kids, and after high school went off to Clemson University in South Carolina – a school definitely known to be more passionate about football than the arts.

“I don’t know what I was thinking when I decided to go to Clemson,” jokes Collins.  “It was the late ’60s so I had long hair.  The only thing that saved me at Clemson was getting involved with the theater, building sets, doing some acting, and hitchhiking out of town on the weekends.” 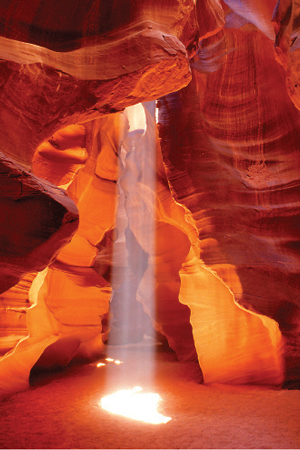 After a brief stint at Clemson, Collins relocated to Boston, where he attended Emerson College and then launched a long and successful career in fundraising, first for theater companies and then for universities.  His résumé is extensive – fundraising and leadership roles at Emerson, Tufts University, Berklee College of Music, Arizona State University West, USF St. Petersburg, Eckerd Youth Alternatives, and the Cultural Arts Center in Boca Raton.  He also lent campaign support for Shorecrest School and the Florida Holocaust Museum.

Collins also happens to be a talented photographer with a number of awards to his credit. “I like to shoot places that draw you in, and portraits in evocative spaces,” says Collins. “Every picture tells a story.”

He fell into photography as a sideline to working in the theater when he was in Boston. “Everyone – mimes, actors, students and the theater itself – needed some professional shots,” says Collins.  “I loved taking portraits and setting up the theatrical lighting.”

Decades later, when he moved to St. Petersburg for the job at USF St. Petersburg, Collins set up a portrait studio at the house he and Mary Ellen had for a time on Seventh Avenue North.  “I love to capture people in photos, and especially enjoy doing things out of the ordinary,” says Collins.  “A series of portraits I did for a friend who was pregnant was extraordinary.  Two years later, I photographed the family at the beach.”

Of the hundreds of photos he’s taken over the years, one of his favorites was the time in Africa when over 200 elephants came out of the jungle around sundown to have a drink at a watering hole.  “Mary Ellen and I love to travel and I just fell in love with Africa,” he says. “It was there that photography became a big thing for me.”

Living in Arizona also afforded him plenty of opportunity to photograph the state’s spectacular landscapes, from Sedona to Oak Creek Canyon and Antelope Canyon.  “These are very spiritual places,” says Collins.  For example, he says, “at just the right time of day, a ray of light will drop down like a spotlight at Antelope Canyon.  But of course, it’s a slot canyon, and if it rains, you’ll drown.”