Prix Preview: Something for Everyone at St. Pete’s Biggest Race 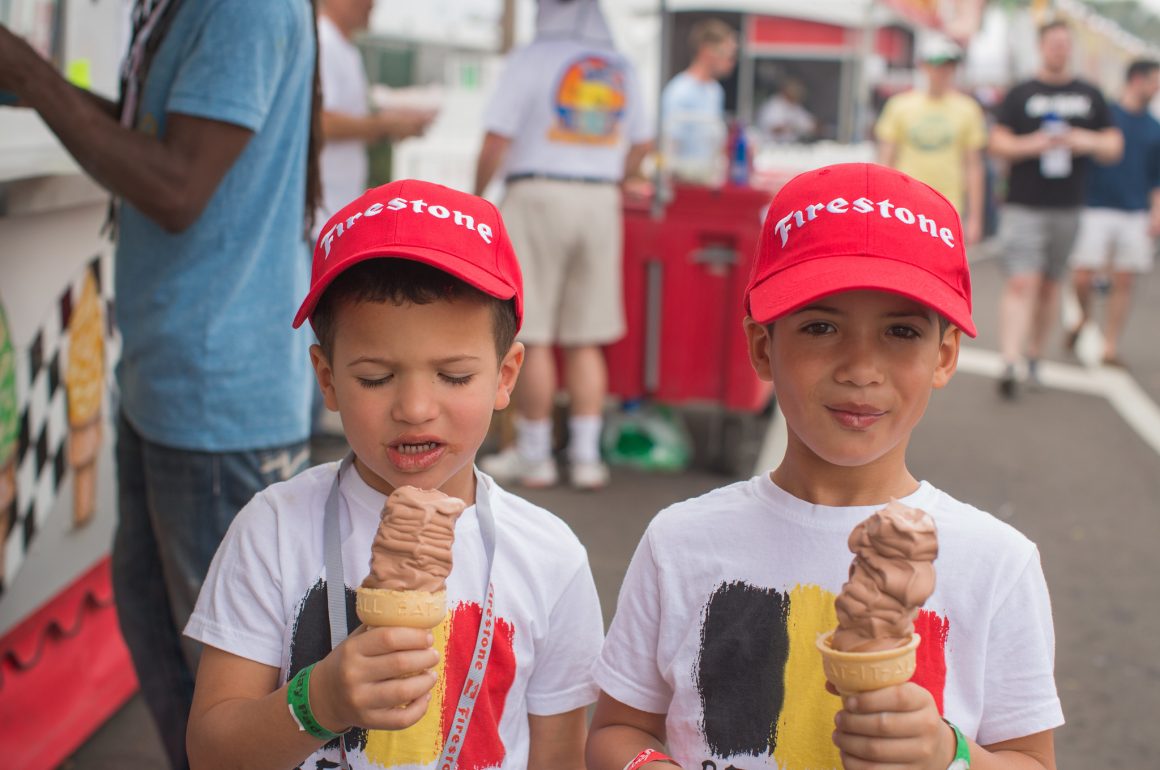 Springtime in St. Petersburg comes early. Trees, flowers, and everything green throw their pollen to the wind like confetti, heralding the season’s arrival. Snowbirds head back north; humidity is on the rise. And the intense sound of “angry bees buzzing” signal yet another springtime tradition: IndyCars and their high-revving engines making practice runs. The trucks, trailers, and roadway detours downtown, along the bayfront, and around Albert Whitted Airport mean just one thing…it’s time for the Firestone St. Petersburg Grand Prix, presented by RP Funding. This year’s racing, and myriad other events, take place March 3-5.

For those new to the sport and rusty on the French language, Grand Prix literally means “grand prize,” so the term is applied to a great many types of races. The race visiting St. Petersburg is the first in a seasonal series of races to determine the American open wheel racing NTT IndyCar 2023 champion. So, the winner of the Grand Prix here is not the winner of the be-all-end-all grand prize, which may be news to those less familiar with the sport. There are in fact 17 races in the 2023 schedule, between March and September, to determine the overall champion.

The highly competitive sport is guided by a point schedule applied to success of drivers and their teams (it takes a village). Fastest one to complete 100 laps gets 50 points, second fastest gets 40, third gets 35, and so on. The points carry toward the championship title, and the 2023 season finale Firestone Grand Prix of Monterey. The 2022 series champion, Will Power and his Penske team, will return to defend their title. Competing drivers hail from 11 different countries, furthering the competitive spirit of it all.

In addition to a passion for their sport, IndyCar racing is also serious about sponsorships. Every available space will be plastered in the colors, names, and logos of products and services directed at the racing spectators. Even the cars in the race are like speedy billboards, with just two manufacturers recognized as the official providers of the engine used in eligible race cars.  Only Honda and Chevrolet engines are used, and their names will be plastered about generously.  Followed by the names of tires, oil, cars, tools, banking, software, and so on, it seems there are plenty of sponsors. The “NTT” in NTT IndyCar 2023 stands for the Nippon Telegraph and Telephone Corporation, a technology company with $108 billion in revenue headquartered in Tokyo, Japan.

St. Petersburg’s race takes place on a closed course of city streets. This makes it more exciting, accessible, and increases the variety of viewing opportunities: everything from ticketed general access, to those lucky enough to join a viewing party from a high-rise condo or access corporate seats in the shaded grandstands. Some fortunate fans even watch from the comfort of their yachts in Tampa Bay. There are practice rounds and other exciting races on the 1.8-mile track in the days leading up the big race, so ticketed events in the fenced spectator areas span three days. The atmosphere is part high-energy sporting activity, part street fair, and to a great degree, one big party.

While there are far too many race-related events to list, they include a very special event presented by local nonprofit Kart 4 Kids, benefitting the award-winning Johns Hopkins All Children’s Hospital here in St. Petersburg. Since 2012, a group of local, big-hearted race fans combined a love of IndyCar racing with the desire to raise funds for the hospital to honor former local driver, Dan Wheldon, who died in 2011 at 33, while racing in Las Vegas. The race is a “Pro-Am” format pairing professional IndyCar drivers (generous with their time) and amateur drivers (generous with their wallets) on a competitive driving team. As in years past, the 2023 Kart 4 Kids ProAm will be held on March 1, a few days before the actual Grand Prix, at Anderson Race Park in Palmetto in super-fast, 70 mph go-karts. The Kart 4 Kids race begins with what is known as a LeMans-style start, where the waiving of a green flag signals the drivers to literally run in a foot race to their carts! The professionals drive the first portion of the race, followed by the amateurs, then the professionals finish the race with heart pounding excitement to the end. To date, the nonprofit group has raised over $1 million dollars for the Children’s Hospital.

The Firestone St. Petersburg Grand Prix is just one of the reasons our area continues to grow in popularity as more visitors discover the wealth of entertainment and the variety of activities locals enjoy. Whether you’re a race fan or not, springtime here does not disappoint.

Learn more about the Grand Prix events at gpstpete.com. More about the ProAm, including ticketing and an online auction of race memorabilia, at kart4kids.org.

« Previous post
No Car, No Problem: Getting Around Is Getting Easier
Next post »
Helping Immigrants in a Nicer Florida