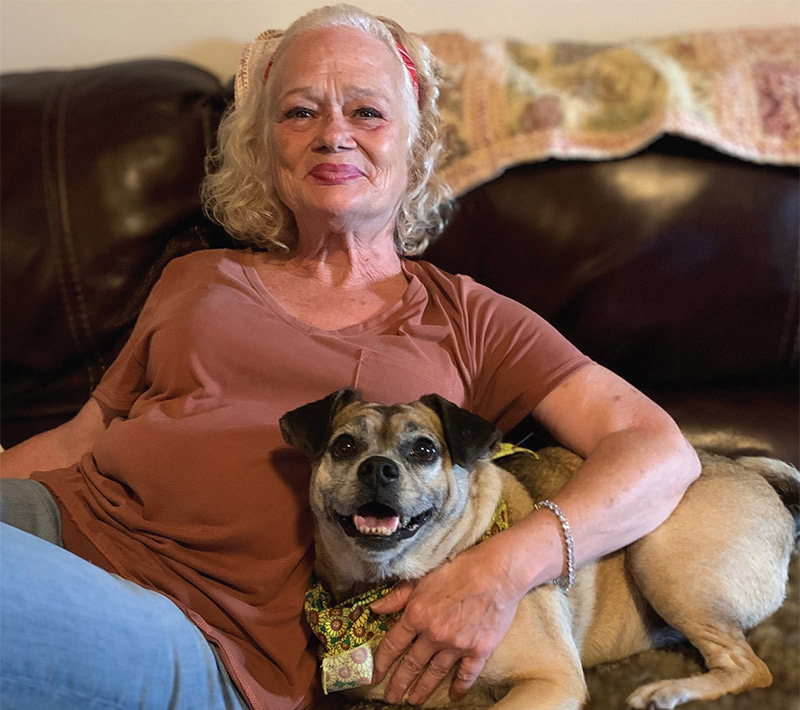 As you walk around your neighborhood, you may see dogs wearing bright yellow “Adopt Me” harnesses. Most of these dogs are probably rescue dogs and looking for their next forever home, while being fostered by caring families. There are many pet-rescue organizations, but one of them is located right here in Crescent Heights – Safe Paws Rescue.

Crescent Heights resident Art Shaul founded Safe Paws Rescue in 2018. The organization rescues, rehabilitates, and re-homes dogs, regardless of breed, size, age, or health conditions. I can attest to this myself, because we fostered two senior dogs, Harry (short for Harriet), and before Harry, there was Lola. Both these pups had health issues, and Safe Paws provided everything they needed to get healthy and comfortable. Harry remains in our care, but we have hopes she will find her forever home by the time of publication.

The credo of Safe Paws Rescue is “if they need us, and we have a place for them, we take them on.” Dogs come to them as strays, abandoned, owner surrenders, and sometimes from the shelter. Most need immediate veterinary care. The organization also helps dogs stay in their homes. If the heart is in the right place, but the family has financial challenges, Safe Paws provides food, supplies, veterinary support, and training if needed.

There are many success stories about dogs that found forever homes due to the help of the volunteers and support of Safe Paws Rescue. Here are just a few.

Layla and Tiger – two pit bulls, a mom and her son, seven and four years old respectively – were in a shelter, then two boarding places. Safe Paws finally found them an amazing forever home.

Cody is a large nine-year-old lab mix who was living in a yard for seven years and being ignored by the family. He had multiple medical problems and needed laser surgery in both ears. He was provided medical care by Safe Paws but is deaf. A wonderful lady in Seminole now dearly loves him. 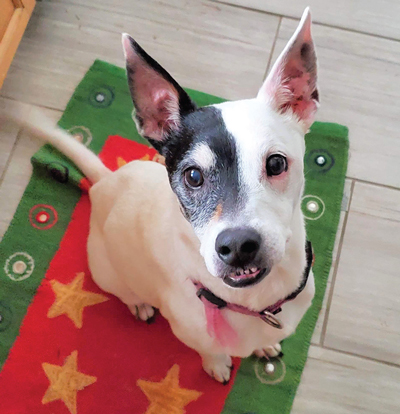 Marcus was 20 minutes away from being killed at a shelter. He came to Safe Paws with multiple wounds (some dog bites, some pellet wounds) and a torn ear. It was not a big surprise when discovered that he was used for fighting. He is very sweet, and it took months to get him healthy. Now in a foster home, and after hundreds of dollars spent on training, he can be walked past other dogs without having a bad reaction.

Bowie (now Toby), was a severely malnourished stray found by a Safe Paws volunteer who was camping in North Florida, and was taken home to St. Pete. Safe Paws paid for Toby’s heartworm treatment and he’s now living in a loving home.

Lola, as I mentioned earlier, is another success story. She was our first foster dog and came to us through Safe Paws Rescue. We were a bit nervous to foster a dog, since we have two cats. It was a challenging-but-wonderful journey. Lola had severe skin issues and was very uncomfortable. Safe Paws provided all the support we needed, including vet visits, medicines, food, toys, and other accessories. Fortunately, within a few weeks, we had a visit by Laura, who lives in the Old Northeast. She saw Lola’s photo on the website and “fell in love.” She had lost her beloved dog two years previously and it had taken her some time to be ready to look for a new companion.

During Lola’s visit with us, she said she wanted an older dog, with less chance of being adopted. But she also told us that she loved Lola’s “pugness and the beautiful markings on her face.” So it wasn’t long before Laura decided to give Lola a forever home. I recently spoke to Laura, and she told me that they bonded right away and are now walking three or four miles every day, which Lola loves.

Before starting Safe Paws, Art got his feet wet while volunteering for a few other rescue organizations, large and small. What he discovered was that although these other rescues had good intentions, there were issues, such as difficulty finding and keeping volunteers, or there were practices that impacted the wellbeing of the dogs. So, he decided to start his own rescue organization. As Art says, “Rescue is my passion!”

When Art started the organization, before it even had a name, he had two simple goals: always be raising money and do things the right way. The organization started with five volunteers, but has grown to a robust 25 active volunteers, doing many different tasks. Safe Paws Rescue is now a 501c3 nonprofit and a 100 percent volunteer organization. No one gets a paycheck!

Funding is provided via a few sources: about 50 percent from large yard sales; 30 percent from donations; and 20 percent from adoption fees. A kennel building is too expensive, so, for the most part, dogs are cared for and kept safe in volunteer foster homes. Safe Paws Rescue also works as an adoption partner with two PetSmart stores and is authorized to pick up damaged pet supplies from a local Walmart store.

Last year, Safe Paws Rescue saved 60 dogs. Their goal for 2020 is to save 70 dogs, gain eight new active volunteers, and add six new foster homes. Long term, the organization would like to have a shelter capable of safely and comfortably housing 15 to 20 dogs at any one time. For more information or to volunteer, visit www.safepawsrescue.com.