Seasons in the Symphony 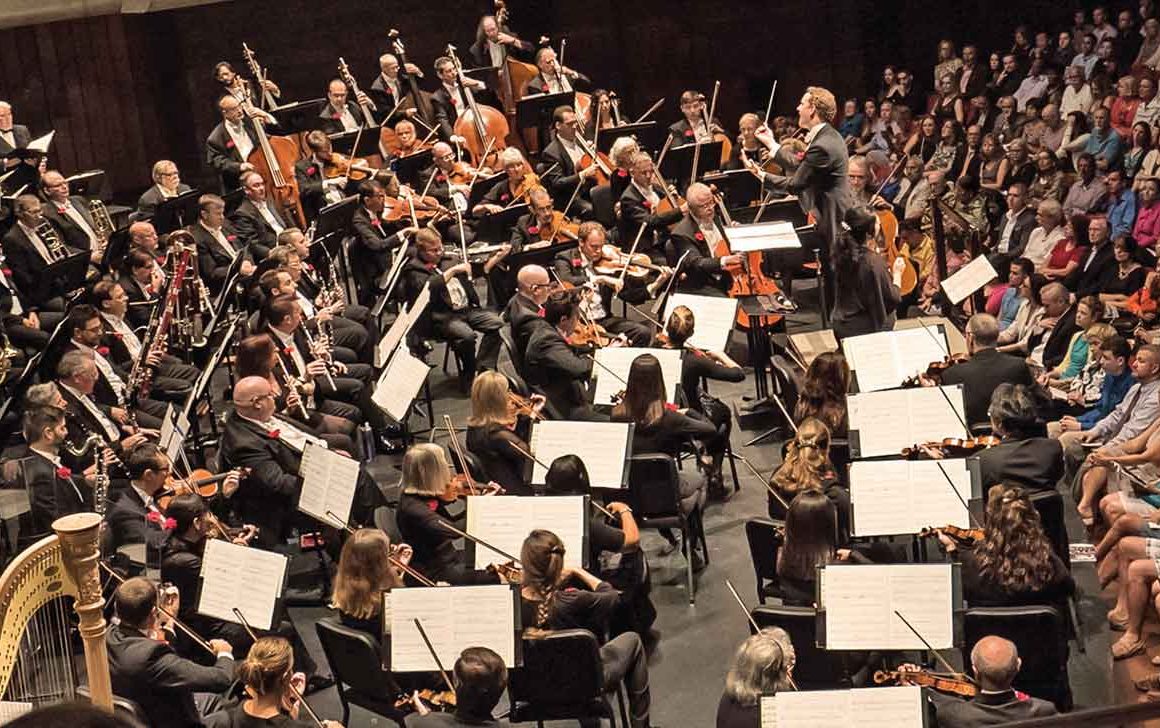 Symphony orchestras don’t grow by chance. Their presence in a community is indicative of thoughtful management, patron and donor support, as well as the ability to attract and maintain quality musicians. How did we get so lucky to have The Florida Orchestra right on our doorstep? It all starts with the musicians, each dedicated to mastering and passing on the gift of music. I recently met with Florida Orchestra violist, Barbara Rizzo, at her Snell Isle home, to gain a better understanding of what it takes to be a symphony musician. 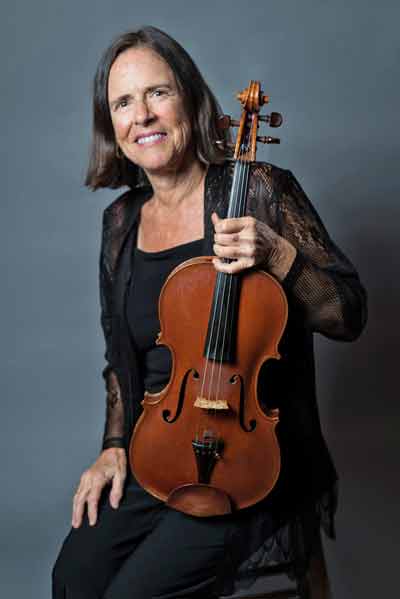 Barbara Rizzo and her viola

Barbara was born into music in Brooklyn, New York. Her father, Richard L. Wolfson, was somewhat of a musical prodigy. “For at least a year or so, my dad had his own Saturday morning live radio show playing recitals when he was around fifteen years old,” recalls Barbara. “He was fascinated with jazz and improvisation and used to go by himself to Tin Pan Alley on his scooter and hang out there.” By the time Barbara was born, her father was hanging out with some of the big names in the business. “I was under five at the time, but I remember him talking about playing piano pretty regularly for quite a few years for Ray Heatherton in his big band; and he must have played piano on Ray’s Merry Mailman Show because I was also on the Merry Mailman Show!”

Having a mother who was a piano teacher also helped. Barbara began to learn the piano at age five, and often listened as her mother taught a small number of students in their home.

“I was surrounded a lot by music growing up, says Barbara. “I didn’t think much of it. It was nothing unusual for me. I remember my kindergarten teacher in Brooklyn going around the classroom asking what our dads did for a living. I answered ‘magician’, and after telling my parents that story they said ‘No, musician.’” Then again, children seem to see the magic in everything.

By the time Barbara was in elementary school, the family had relocated to a suburb in New Jersey. Around 5th grade, school students were given a musical screening test. Naturally, Barbara showed a high level of musical aptitude. When asked what instrument she would like to play, she thought of the violin that had been tucked away in a closet at home, once played by a relative. “Violin,” she answered, and that was that! 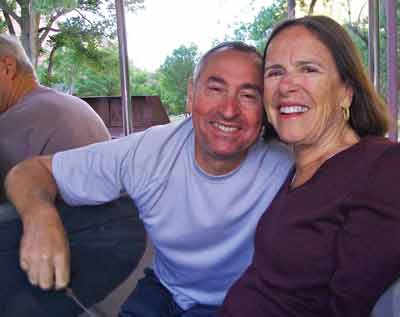 Barb and Guiseppe in Italy

Barbara began violin with group lessons in school. As she progressed, she began taking private lessons with Ruth Ricci, wife of Ruggiero Ricci, one of the great virtuoso violinists. Listening to Ruth play brought it all together. “I wanted to be just like her and be a professional violinist.”

Again, her parents were supportive. “When I started playing the violin at the age of 10, they bought me an album of the six ‘most famous’ violin concertos. Ruggiero Ricci was one of the violinists,” says Barbara. As a kid, it wasn’t always easy to practice. Barbara’s parents helped her with that, too, “threatening to cancel lessons if I didn’t practice more on several different occasions.”

Barbara’s skills grew as she continued to study and practice. She improved enough to become part of a community orchestra. Many more orchestral experiences were still to come.

Following high school, Barbara was accepted at the New England Conservatory in Boston. There she earned a bachelor’s degree in Violin Performance. Following graduation, she moved to Staten Island in New York City where she continued to travel to Manhattan for private lessons. During this time, she had the opportunity to play with the National Orchestral Institute. This enabled her to play side-by-side with members of the New York Philharmonic Orchestra at Carnegie Hall. Still, finding work that paid proved difficult.

Barbara moved back to Boston where she was told time and again that there were “too many violinists and not enough violists.” Finding this to be true, she returned to the New England Conservatory where she began to study viola under Burton Fine, principal violist of the Boston Symphony.

With a master’s degree and viola in hand, she auditioned for the Birmingham Symphony in Alabama and was offered a job. 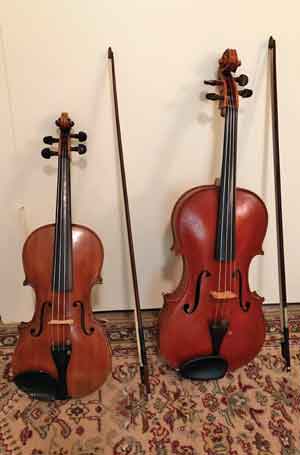 Barbara worked in Alabama for a year before moving to Orlando, a boom town following the opening of Disney World a few years earlier. There, she became a member of the Florida Symphony in 1975. This began an 18-year run, during which time she shuffled between roles as assistant-principal, principal, and co-principal violist.

The time was ripe with possibilities. “One summer I was asked to go to Italy to play as principal violist in the Puccini Festival,” says Barbara with a smile. It was an outdoor festival at composer Giacomo Puccini’s birthplace. Best known for his operas La Boheme, Tosca, and Madame Butterfly, the area was redolent in culture and history. Romance saturated the air. It was on a side trip to Rome that Barbara met her future husband, an Italian chef named Giuseppe. They were married the next year in the United States.

While Giuseppe worked as a chef at several high-end restaurants in Orlando, Barbara played viola. They raised two children and lived happily ever after; at least until 1993 when the Florida Symphony went bankrupt. A friend told Barbara about an opening at The Florida Orchestra and she was soon hired as a section violist.

“I like to drive,” says Barbara. “It’s my time.” Barbara had lots of time as she commuted back and forth, for a period of seven years, from Orlando to the Tampa Bay area for rehearsals and concerts. Finally, she and Giuseppe chose the most central location between venues at The Straz, Ruth Eckerd Hall, and Mahaffey Theaters and relocated to St. Petersburg.

Twenty-five years later, at the close of the Florida Orchestra’s 50th season, Barbara continues to drive her career forward. During late November and the month of December each year, Barbara has the chance to return to Orlando to play in Disney’s Candlelight Processional at Epcot. This series runs from the Friday after Thanksgiving through December 30th. For three shows each evening, the Christmas story is told by a celebrity narrator with a 50-piece orchestra and massed choir. It is a busy season for musicians, but on evenings when the Florida Orchestra is not performing, Barbara seizes the opportunity and makes the commute from St. Petersburg. “I can attend orchestra rehearsals in the morning and as long as I’m on the road by 2:00, all is well.” She finds time between the three evening performances to eat the dinner that Giuseppe has packed, visits with old friends from the Florida Symphony, and always sees ‘regulars’ who come to the Processional each year. 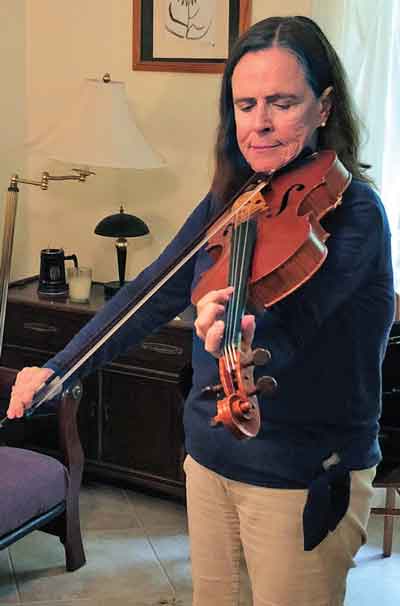 Like Barbara, all the musicians in the Florida Orchestra have years of experience with their instruments. Each is a scholar holding one or more advanced degrees. A career as a symphony musician demands rigor in practice and perfection in performance. Florida Orchestra musicians travel between three major venues and play multiple programs each week. They also act as music ambassadors, playing outreach concerts each season for school groups, hospitals, and the general public.

String players, like Barbara, often have the most music to learn. For a special performance of Harry Potter last December, there were two rehearsals. String players played a total of 93 pages of music for each performance. Multiply times three for three different performances, and it’s no wonder that ‘overuse’ injuries are common among musicians.

Make Hay While the Sun Shines

As the Florida Orchestra breaks for the summer months, the musicians continue to work in various capacities. Many teach at summer music schools, others continue with their private students, and some play in summer music festivals. All must keep their muscles toned and skills finely tuned. This summer, Barbara hopes to read some of the books waiting on her family-room shelves, spend time with her family and granddaughter, and get a head start on the music for next season. She is one shining example of what it takes to be a symphony musician. Our entire community reaps the benefits of the combined talents of the Florida Orchestra musicians. In fact, “it’s music to our ears!”

About The Florida Orchestra

After a summer break, the next season opens at the Mahaffey on September 29 with Beethoven’s Symphony No. 5. Season tickets and Compose Your Own series tickets are on sale now. Individual concerts go on sale August 13.

For more information, go to www.FloridaOrchestra.org.