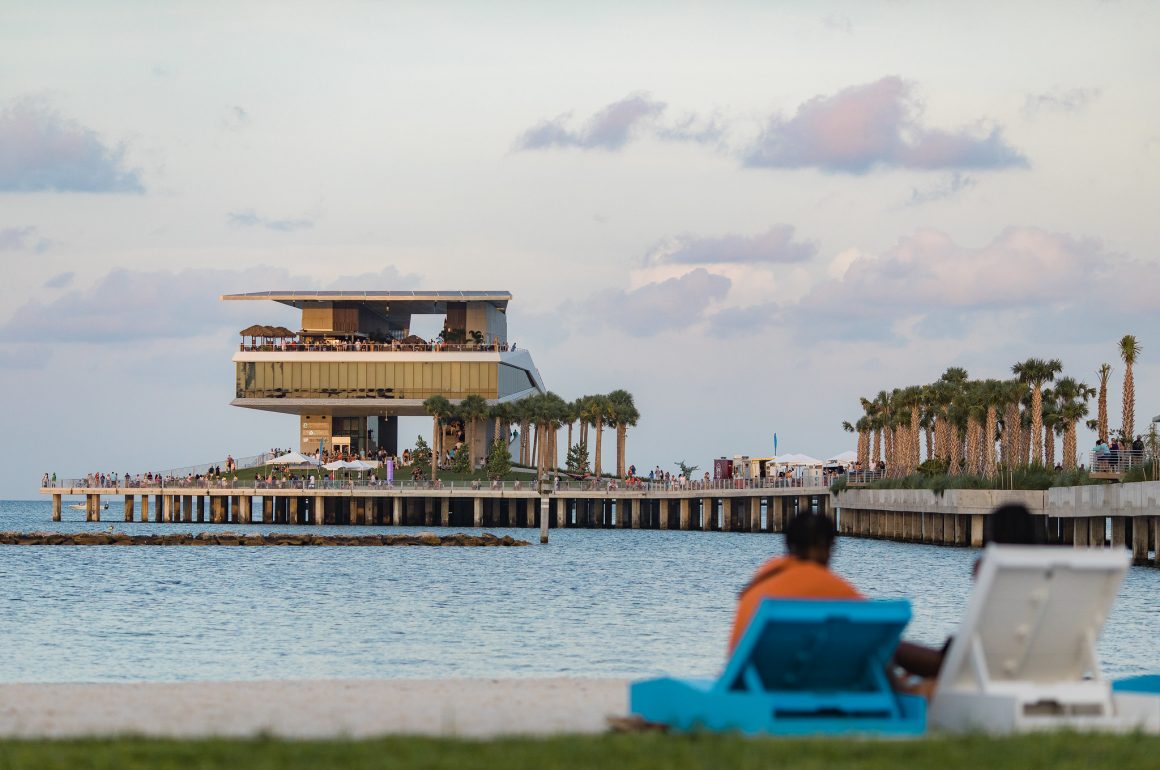 In October, the City of St. Petersburg announced that the St. Pete Pier was selected as one of six winners of the Urban Land Institute’s 2022 Global Awards for Excellence, a top honor recognizing the best new urban designs in the world. This year’s winners include two from North America, two from Europe, and two from Asia Pacific. The St. Pete Pier was one of just two designs in the United States to be awarded.

“This is an incredible, meaningful accomplishment for our city and our iconic waterfront,” said Mayor Ken Welch. “The ULI Global Awards for Excellence win puts the St. Pete Pier on the map as a world-class destination for residents and visitors alike.”

Former Mayor Rick Kriseman, whose administration oversaw the Pier’s development, said, “I am incredibly proud of the recognition the Pier has received, culminating in this award from the highly respected ULI. The Pier project was a great example of what happens when a community and dedicated, committed staff come together to create a place that is open and inviting to everyone, residents and visitors alike. The St. Pete Pier is a place where lasting memories are created. Congratulations again to the entire city team.”

In 2022, 152 projects and programs were submitted across the three ULI regions. Of those submissions, 26 were named as winners across the regions and were then considered as global finalists. From this impressive field, the jury ultimately selected the six winners.

ULI began the Awards for Excellence program in 1979 to recognize superior development efforts in the private, public, and nonprofit sectors. Winning projects represent the highest standards of achievement in the land use profession. The St. Pete Pier was named a winner of the ULI Americas Award for Excellence and then became a finalist in the 2022 ULI Global Awards for Excellence, competing against projects from Europe and Asia.

“Across the three regions, ULI honored finalists who displayed an exemplary commitment to best practices and to building more inclusive cities with exceptional and contextual design,” said Sophie Henley-Price, principal and managing director of STUDIOS Architecture, Paris, France, and one of the 2022 jurists. “The winners exhibited a unique level of excellence both at a regional and global scale, along with a dedication to promoting community engagement and innovation within their respective projects.” As part of this program, ULI will also recognize the Pier in a case study for ULI’s Park Profiles and Case Studies webpage.

Find more on each of the finalists at uli.org/gae.