St. Petersburg to Havana By Sail 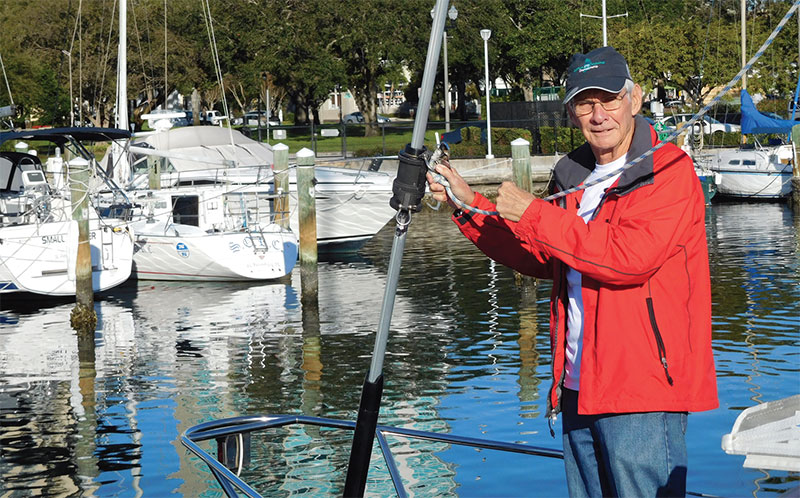 After 58 years, The Granddaddy of all Sailboat Regattas Returns

Snell Isle resident Bill Ballard was 16 and a junior in high school when he sailed into Havana, Cuba, as part of the six-man crew on the Celia, the late George Pearson’s 39-foot sailing yacht. It was 1954, during the heyday of the classic St. Petersburg Yacht Club-sponsored “St. Petersburg to Habana” Sailboat Regatta. First launched in 1930, the regatta was widely recognized as the premier “granddaddy of all sailboat races.”

“Havana was an off-the-charts good destination for a sailing race,” says Bill. “It had a wide natural harbor with a protected entrance. The city was very European with a 400-year-old history and beautiful buildings. It was an amazing tropical destination.” 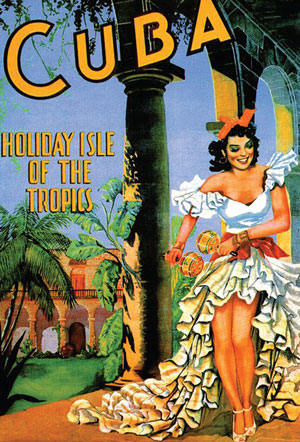 Sailors came from all over the country to participate. The timing of the race in late February and March, when it was still snowing up north, was a great opportunity for people in colder climates to come south and bring their yachts, Bill recalls.

Havana, once a luxury playground for the rich and famous, was also a city that knew how to party – certainly a big part of the allure. The rum flowed freely and the dancing, entertainment and parties were over-the-top glamorous. “Heady stuff” for the teenagers, like Bill, who crewed on the yachts.

Richard Winning, president and chairman of the board of Derby Lane, grew up in Snell Isle. His family was a big part of the sailing scene. “Back in the day thousands of people would watch from the Pier as the boats took off and it was the same in Havana when the boats came in,” says Richard.

His mother, Mary Margaret, is 92 and remembers flying down for the awards ceremonies and the parties. “One time, my mother was sitting at the bar next to Ernest Hemingway,” says Richard. “My father said to her, do you know who you’re sitting next to? She hadn’t been paying attention and had no idea.” Hemingway, of course, was an iconic figure in Havana at the time and held court at the city’s many waterfront bars and restaurants. 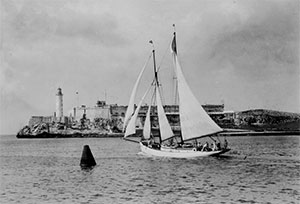 Unfortunately, by the late 1950s, political and military unrest in Cuba began to escalate, creating unsafe conditions for the sailors. In 1958, the unrest had been so extreme that the fleet of boats leaving St. Petersburg had to be diverted to Miami, says Richard. A year later, 37 boats sailed, but 1959 was destined to be the last regatta. Richard’s father, Dick Winning was commodore of the St. Petersburg Yacht Club that year. Fidel Castro had just seized power in a revolution overthrowing the Cuban dictator Fulgencio Batista.

“People came back with all of stories of encounters with young, armed revolutionaries patrolling the streets,” says Bill. Two years later, the US would close the American Embassy in Havana, sever diplomatic ties with Cuba and put in place strict travel restrictions.

Last year, as the US and Cuba restored diplomatic relations, St. Pete Yacht Club members started talking about a revival of the race, says Richard. Now 58 years later, the historic St. Petersburg to Habana Regatta is back. By the way, the spelling of Habana is not a typo. Bill points out that early St. Petersburg Yacht Club documents used the Spanish spelling for the city and the race organizers are continuing to honor this tradition. 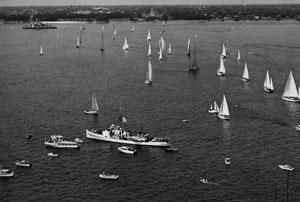 In an interesting turn of events, Richard was the yacht club commodore in 2016 when the Yacht Club decided to revitalize the race. It’s a nice testament to his dad’s legacy. “We’ve come full circle,” says Richard. “When things with Cuba opened up, we said ‘let’s do this.’ The timing was right. It’s always been about fun and good fellowship.”

I talked with Bill and Richard a few weeks before the race. In Bill’s office he had maps of the Gulf of Mexico spread out in preparation for his task as navigator of the Orient Express, owned by Joel Taliaferro of Bradenton. “The race is a wonderful event to be happening. The normalization of relations with Cuba is very much in all of our best interests,” says Bill. “It’s a great race in terms of the history, the course to be sailed and the destination. But most of all, I just really enjoy offshore sailing with the camaraderie and teamwork.”

Bill was about nine years old when he started actively racing. But he remembers being much younger the first time he walked from his family’s home at the corner of 12th Avenue and Oak Street to North Shore Park and saw the sailboats out on Tampa Bay. 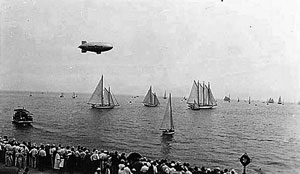 When he was a teenager he started working afternoons and weekends for Charley Morgan, the well-known sailor, boat designer and founder of Morgan Yachts. “Charley hired me to be one of his racing crew and I was exposed to people who owned the large racing yachts,” says Bill.

Bill sailed with the crew to Cuba in 1954, but left for college after that. When he returned to raise his family and practice law, the embargo with Cuba was already in place. But he continued to sail and was commodore of the Yacht Club in 1978. More recently, he raced to Mexico in 2013 and 2014 on the Orient Express, the same boat he was on for the Cuba race.

The first race on March 30, 1930 drew 11 boats, starting from the St. Pete Pier and ending at Morro Castle at the entrance to the Havana harbor. George Gandy, Jr., better known as ‘Gidge,’ organized the race as way to promote the City of St. Petersburg, which was feeling the effects of the Great Depression.

This year, 80 boats set sail from the downtown St. Petersburg waterfront on February 28 after a champagne toast for good luck. Sailors from all over Florida, as well as Canada and Texas, came to participate. An additional couple hundred people flew down to enjoy the festivities. 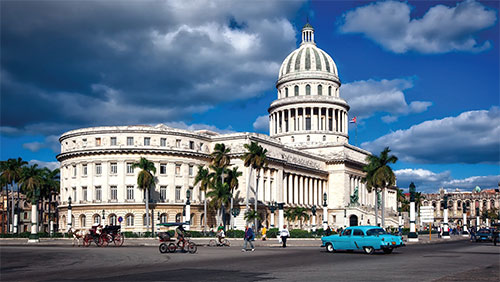 In total, the race is about a 36-hour run to Havana, a distance of 284-nautical miles, says Richard. That’s about two-and-a-half days of competitive sailing around the clock. Then there’s a series of ceremonies, parties and tours planned, including a nautical parade and a second regatta, the Torreon de la Chorrera Regatta, an 11-mile competition from Morro Castle in the Havana harbor to Hemmingway Marina and back. Dancing and entertainment at the renowned Tropicana Club and the firing of the cannon at Morro Castle are also on the list.

David Caras, the chief administrator for St. Petersburg-based Combat Wounded Veteran Challenge, and 11 other injured military veterans from all over the country, were also among the sailors this year. The veterans sailed on the Grand Nellie, an 80-foot yacht owned by a Key West resident who will captain the boat. 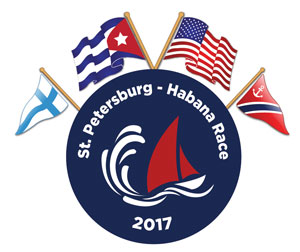 All of the sailors have at least basic sailing experience, says Caras. They also have some type of disability sustained from their time in the service, ranging from traumatic brain injury and post-traumatic stress disorder to visual impairment. Three of the sailors are amputees, including Caras, who is an experienced sailor and has competed on the US Sailing Team.

Was he looking forward to the race? “Sailing into the Havana harbor will be a bit strange – a surreal experience for me,” says Caras, who was in the US Coast Guard and stationed at Guantanamo Bay – not the jail side, he says, but on the other side with fences and a mine field. “The last time I was in Cuba, I could climb the tower and use high-powered binoculars to see Cuban soldiers with rifles.”

Dr. Julio Ochoa, a retired St. Petersburg hematologist/oncologist, remembers seeing the many beautiful yachts anchored offshore out in the crystal clear waters of Cuba. He grew up there on the south side of Havana in a community called Vibora. His family belonged to Club Nautico, one of the many private clubs that lined Marianao beach. The Habana Yacht Club was located next door.

“The regatta was very well publicized in the papers and everyone was enthusiastic about it, says Dr. Ochoa. “Our club had a big pier that extended way out and from there, we could see the beautiful boats go by. My cousin and I would jump into the water from the pier and swim out to take a look. The boats were beautiful and so highly varnished that you could see your reflection like a mirror.”

All of that changed with the Cuban revolution. It was an extremely dangerous time, Dr. Ochoa recalls. Many of his friends simply disappeared, never to be heard of again. “My mother felt it was urgent that I leave the country,” recalls Dr. Ochoa, who was 21 at the time and had just completed six months of medical school. “I had an uncle in Miami and requested permission to leave the country to go live with him.”

At the embassy where he applied for a passport, the line of people waiting wound around and around the block, he says. Everyone wanted to leave. Dr. Ochoa feels fortunate that he was one of the lucky ones. In February of 1962 he was approved for the Freedom Flights, a US program that transported an estimated 300,000 people from Cuba to Miami from 1965 to 1973. 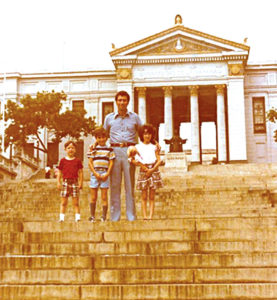 Once settled in Miami, Dr. Ochoa says he was one of 5,000 young Cuban exiles recruited by the US government to be part of a secret training mission to overthrow Castro and liberate Cuba. “We were sent to Fort Knox, Kentucky for training,” says Dr. Ochoa. “It was a very intense month-long training in the mountains by Special Forces officers. I remember it was freezing cold, especially for Cubans who had never seen snow before.”

After the Cuban missile crisis, President Kennedy put the soldiers on stand-by and then cancelled the mission. “It was a very tense couple of days. We were very emotional at the thought of taking our country back, but also concerned that this crisis was unfolding,” Dr. Ochoa recalls. “We didn’t know at the time how grave the situation was.”

The rest is history. Dr. Ochoa went on to finish medical school and then private practice in St. Petersburg. In 1979, he went back to Cuba for the first time with his wife and children to visit his parents and sister. He says reviving the regatta and restoring diplomatic ties with Cuba is a very positive step. He just hopes that it will mean more opportunity for the Cuban people to regain their freedom.

Editor’s Note: Just as the Northeast Journal was being delivered to area homes and businesses, the Yacht Club announced that the sailors had returned home and the race was a great success. Congratulations to Lloyd Thornburg and crew on FOMO who came in first, with Douglas Fisher and crew on Conviction just behind in second place. We understand that weather conditions were challenging – limited wind initially and then strong winds and choppy seas as the sailors attempted to return home. It’s exciting that this historic signature sailboat regatta is back up and running again after all these years. 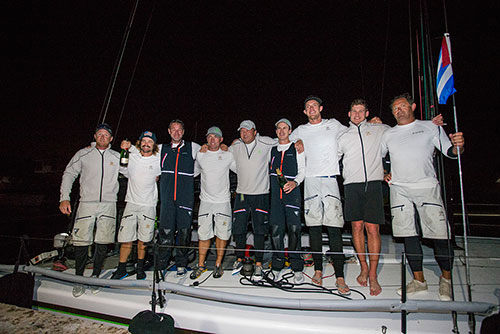 Skipper Lloyd Thornburg and crew of FOMO celebrating their victory in Havana.