December 4, 2019by Jeff DonnellyNo CommentsAll, Spotlight on the Arts 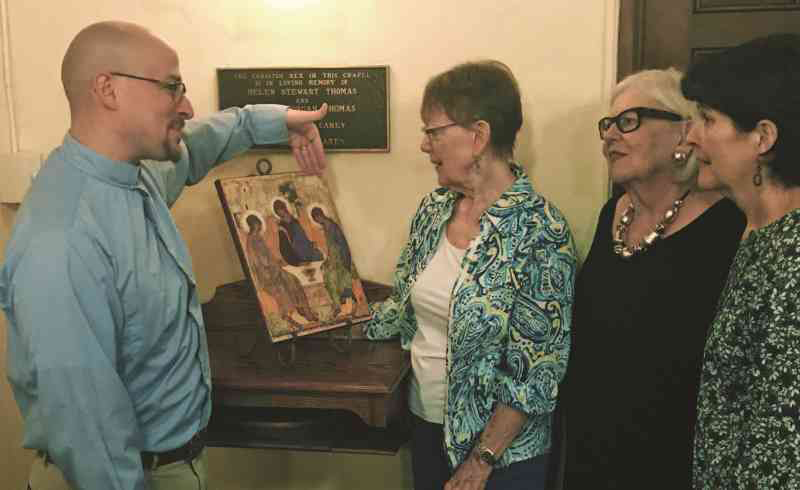 In honoring the source of her inspiration, the Icons in Transformation exhibit includes a collection of traditional icons alongside over 100 of Pawlowska’s original contemporary pieces which make up the show. “The traditional icons are part of the genesis of the artist’s works and her story,” says Rev. Ryan Whitley, rector of St. Thomas’ Episcopal Church. “Her artwork is a meditation on those more traditional icons and their power in people’s lives.”

Already seen by thousands across Europe and more than 150,000 people here in the US, the exhibit is expected to be a one-of-a-kind experience. It’s interesting to note that the show is being displayed almost exclusively in churches and museums rather than in art galleries. “I think churches are holy spaces, and it helps people understand the spiritual approach to contemporary art,” says Pawlowska.

Rev. Whitley first heard about the Icons in Transformation exhibit when the artist herself reached out to ask if the church would be interested in hosting her work. Initially a bit daunted by the prospect of hosting an art exhibit of international acclaim, Rev. Whitley
says that “after a period of prayer and exploration about whether we had the resources to pull it off, we decided this would be a great event for our church and for our wider community.” Any proceeds will benefit the church’s mission and outreach efforts. 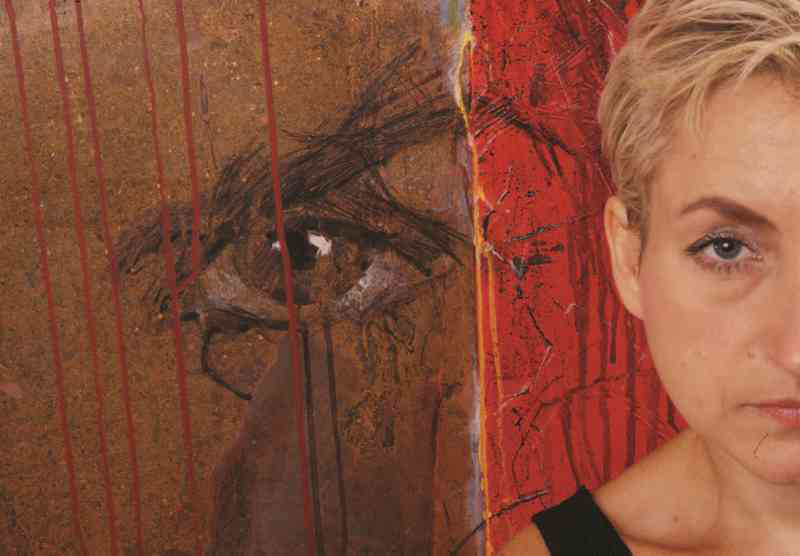 The practice of Chrisitan icon painting – characterized by the depiction of sacred personages or events in mural painting, mosaic, or wood – dates back centuries and traditionally was seen as a liturgical act. Artist-monks had a ritual of fasting, penance, and consecration of materials before even proceeding forward with the creation of a piece. Patrons from the clergy and from the general population alike commissioned works of art that illustrated Christian themes as a means of reinforcing and demonstrating their faith.

Pope Gregory I cited such pieces as powerful teaching tools. He saw art as a means of communicating the word of God to the illiterate, of which there were many during the medieval period. In fact, the process of creating these pieces was referred not to as “painting” but as “writing.”

The creation and display of icons has not been without controversy over the years. “During the Reformation, icons were often a flashpoint with some viewing them as idols and therefore blasphemous objects, and others viewing them as spiritual aids to deep prayer,” says Rev. Whitley.

Rev. Whitley also points out that the “complicated relationship” with icons is part of the Episcopal heritage – and as a result, some Episcopal churches may have many icons, while others may have none. “I think of icons as part of one’s personal piety,” he says. “How one chooses to pray or not pray is ultimately up to them. Obviously, they have been a significant part of Ludmila Pawlowska’s formation and healing.”

Pawlowska’s family experienced severe hardship under Stalin, with her grandfather sent to Siberia, and his children sent to homes for children of state enemies. Later, her father refused to join the Communist Party and was labeled a dissident. Art was Pawlowska’s refuge beginning at a young age, she says. As an adult, she emigrated to Sweden where her art focused on the natural beauty of the landscape. But, the unexpected death of her mother, to whom she was very close, was a turning point in her artistic career. She returned for a visit to Russia, where she found comfort and wisdom in the traditional icons displayed in churches and monasteries. “Art helped me find meaning after the sudden death of my mother,” she says. “I went back to the Russian churches, and the icons became my new way of seeing. They spoke to me in a special way.”

Rather than simply painting in the style of traditional icons, Pawlowska interprets them in a contemporary style and uses a variety of materials – metal from old doors, locks, coarsely woven fabric, granite, metallic substances, fossils, and wood to convey a symbolic message. “I’ve been inspired by classical, original icons and they became a source of inspiration, of unconditional love,” says Pawlowska.

The exhibition is open to the public and most works are available for purchase. For more information about the artist, go to www.iconssd.com.