The Musical Stars In Our Neighborhood 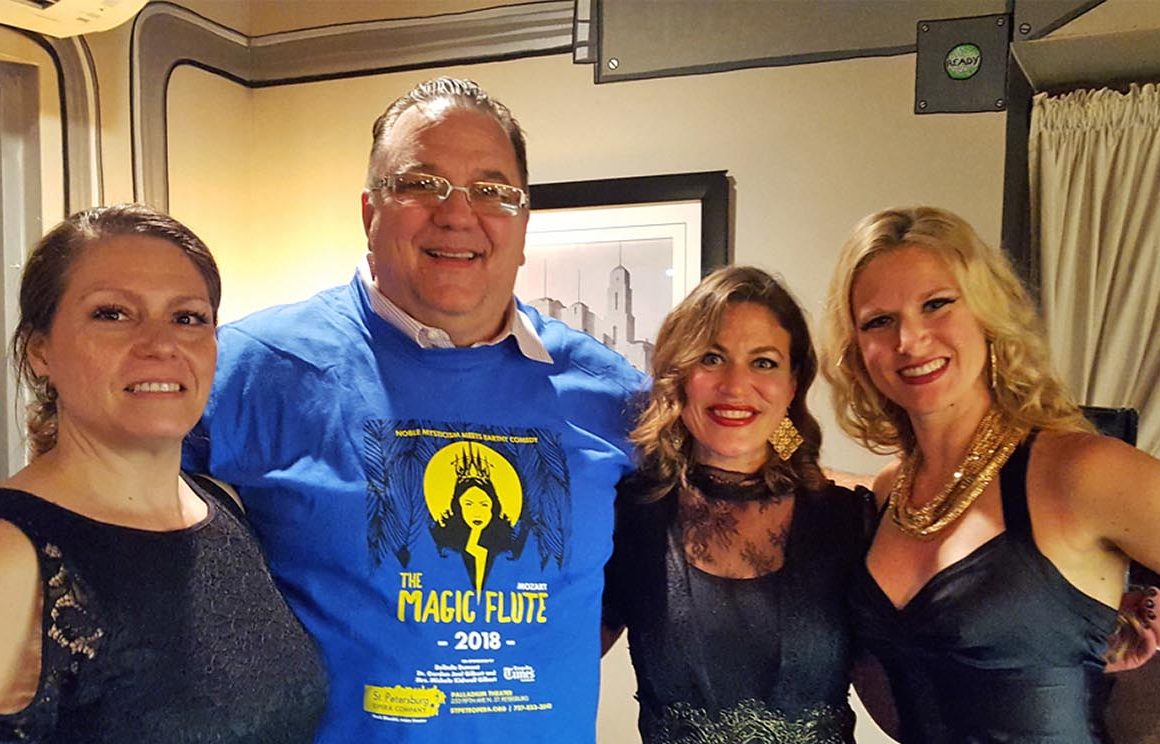 If you’re walking the dog in the neighborhood and you hear a lilting aria from Puccini’s La Bohème floating down to the sidewalk, you could surmise one of two things: your neighbors are either incredibly talented or incredibly gracious.

Our very own St. Petersburg Opera Company has relied on our neighbors in the Old Northeast, Snell Isle, Crescent Lake, and Crescent Heights to host visiting opera singers, musicians, and behind-the-scenes talent.

Now in its twelfth season, the SPO requires housing for 18-20 guest artists for each of its four mainstage productions throughout the year. Singers are typically in town for four-to-six weeks or longer, depending on the performance or whether they’re part of SPO’s Emerging Artist program. Even behind-the-scenes talent – including makeup artists, costumers, stage managers, and the stage director – will often travel in from elsewhere and often require housing for one-to-four weeks.

Susie Hellman Spatafora, associate director of development for SPO – and a talented opera singer herself – coordinates the host families and guest artists.

“We can’t thank our host families enough,” Susie says. “They’ve become another branch of our opera family. Some of them started volunteering without knowing much about opera, and now they’re devoted fans. We always provide them tickets to the mainstage productions and quarterly donor appreciation events.”

Old Northeast residents Cecelia Messina and Douglas O’Dowd have housed three artists: Lara Lynn McGill and Kelli Butler, who are performing in SPO’s most recent production of Mozart’s The Magic Flute, and Stéphanie Lessard, who was in Faust last fall.

Home to a musically gifted family, the Messina/O’Dowd residence is often full of music, even now that their eldest son, Liam, is away at college. Liam’s younger brother, Aidan, a pianist and high school student, is getting to know the opera singers who have moved in for a few weeks. Aidan admits that having the artists live in their home was “a little weird at first, but we became friends pretty fast. They’re really interesting people.”

As Cecelia and Doug explain, all of the singers they’ve hosted have been very professional and independent, taking care of their own laundry, food, and cleaning up after themselves. They are courteous house guests and always appreciate the warm welcome they receive from families in the area. “It’s never been an imposition,” says Doug. “The singers have been extremely respectful.”

The couple have enjoyed serving as hosts so much that they even invited the entire cast to come to their home for a big Super Bowl party in February. “It must be hard,” Cecelia explains, “with all of their international travel, staying in all these different places and homes. They’re so appreciative of a comfortable place to stay.”

Doug and Cecelia stumbled upon the SPO during the Second Saturday ArtWalk, when they stopped at Opera Central (SPO’s building) and met Susie. “Susie persuaded us to come to the next opera, which was The Elixir of Love,” says Doug. “She said it’s a fun one, you’ll love it. And you know what, we did.”

Doug and Cecelia attended the opening-night performance and the after-party at the Hollander Hotel. They had a blast. They overheard Susie talking about the need for host homes for the artists, and they immediately volunteered. 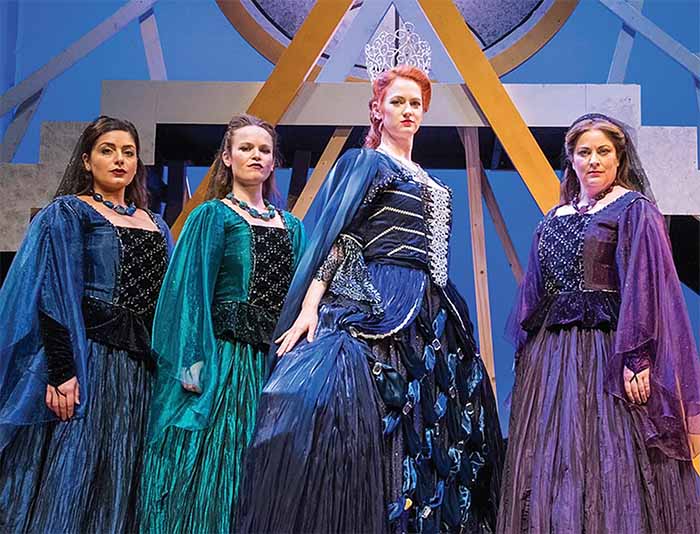 Soon they were paired with soprano Stéphanie Lessard from Montréal. She was the lead soprano in Faust. They got to know her, bonded with her, and were so proud of her accomplishments. “There’s a great sense of pride in it. You feel like they’re part of your family, seeing them up on stage performing… our stars,” says Cecelia. “Stéphanie has become a close family friend. In December 2018 we’ll be going to visit her in Montréal and staying in her house.”

Housing can be provided in an off-season cottage, a condo, apartment, garage apartment, or spare bedroom. According to Susie, it doesn’t have to be fancy, just functional.

There is no requirement to provide guests with food, transportation, or cleaning, nor to socialize or entertain them. Likewise, as Susie points out, they are mostly at home to rest and should not be expected to perform for the host family. That being said, however, if the host family is amenable, the singers do enjoy rehearsing at home on occasion.

“We love to hear them sing,” says Cecelia. “You have access to this tremendous music pouring out of your living room. It’s heavenly.”

As Doug points out, “These artists go out to other opera companies around the country and around the world, and they become ambassadors of St. Pete. They love their time here and think it’s a great place with great people. St. Pete has a thriving arts community. It’s very rewarding to contribute to the success of this great organization that brings another cultural element to St. Pete.”

Emily and Tash Elwyn of the Old Northeast moved to St. Petersburg in 2006. The couple enjoyed attending the opera when they lived in Atlanta, where they went to school at Emory University. One of Tash’s friends from school is now a professional opera singer.  Emily volunteered with the Atlanta Opera’s wig and makeup department. They also enjoyed the opera in Chattanooga, where they lived prior to St. Pete.

Upon moving here, they quickly became involved with SPO and housed guest artists in their garage apartment. Now Tash serves on the board of SPO.

Emily says, “We believe in how important opera is in our city, this exposure to arts and culture. We’ve met some incredible people through hosting artists. Some of them keep to themselves, and sometimes you really click with a few. It’s so much fun watching where their careers take them.” 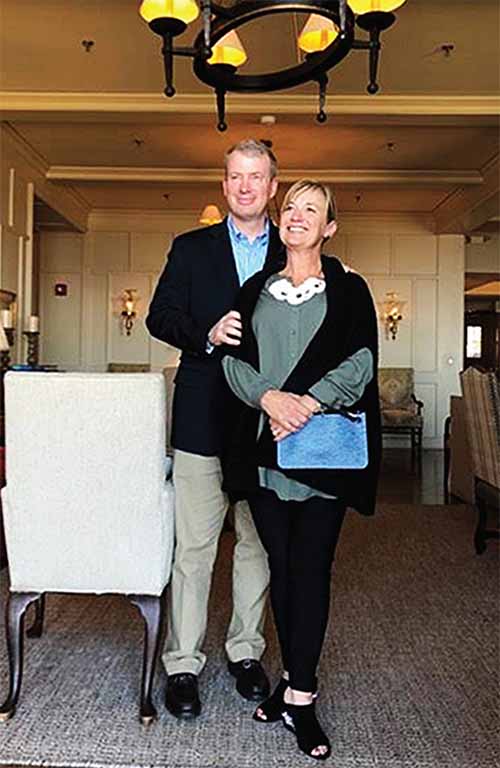 Housing guest artists with local families provides a huge cost savings to SPO. Instead of having to pay for hotel rooms, it allows the SPO to keep their artists’ pay competitive and to keep the budgets for their operas (one of the most expensive art forms) under control.

Many hosts are retired or empty nesters who enjoy having a vibrant, youthful presence in the house. Several singers are younger and up-and-coming in their opera careers, especially if they’re part of SPO’s award-winning Emerging Artists program.

SPO will be in need of additional host families in June. If housing is not for you, you can volunteer or contribute in other ways: providing transportation, volunteering for shows, or other opportunities. The only members of the Opera Company who typically don’t need housing are the chorus members and the orchestra. The orchestra is primarily made up of members of the Florida Orchestra and Sarasota Orchestra, although there are some independent musicians locally and from out of town. 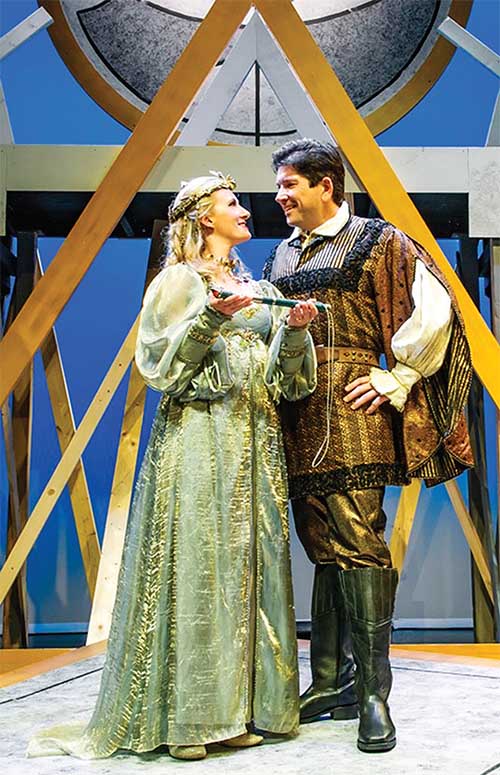 Lara Lynn McGill and Todd Wilander in The Magic Flute

While they’re here, singers are kept busy, not just with rehearsals. They travel to area schools and introduce opera to a variety of students in middle schools and high schools. They also perform in special events for children, such as the Pinocchio performance for third graders last year.

Additionally, they are ambassadors in the community for opera and for SPO. Special performances in the community introduce new and diverse audiences to opera, such as the Cocktails with the Maestro series at the Iberian Rooster, which offers a ‘highlights’ version of upcoming operas along with a summary of the opera’s story. Verdi’s La Traviata will be performed in June. Come enjoy!