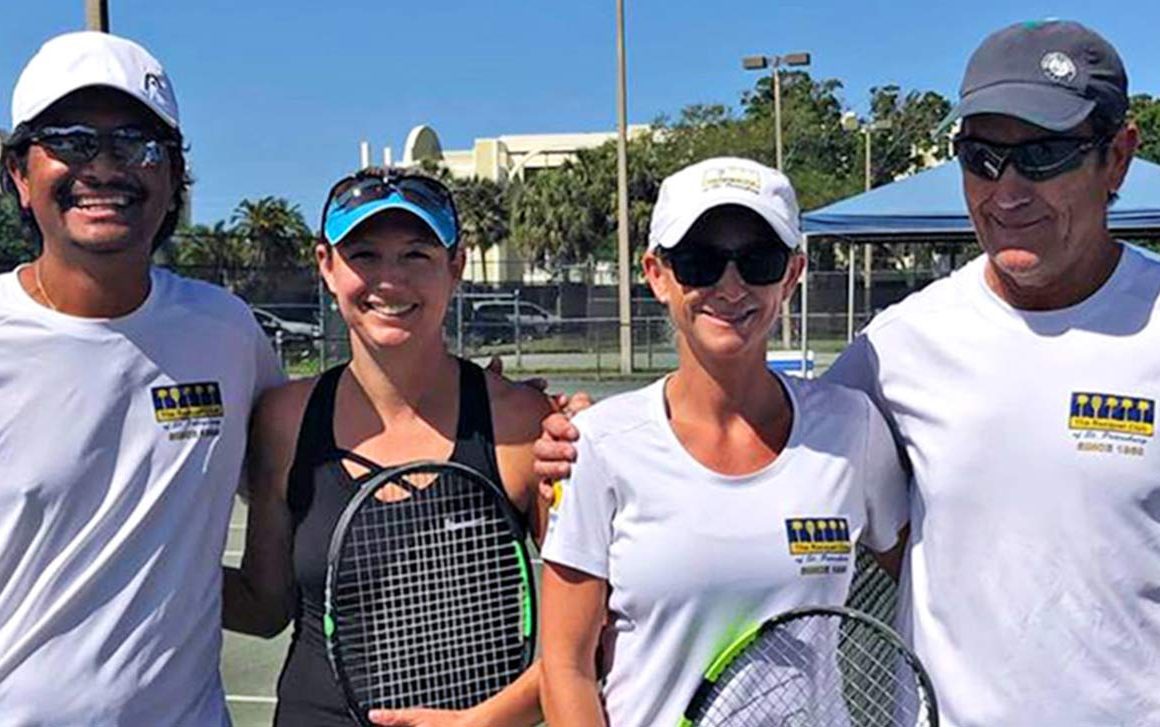 The history of the club and how the surrounding area of Northeast St. Petersburg developed is an interesting story. A half-century ago, this part of Northeast St. Petersburg looked very different than it does today. This was 16 years before the upscale, gated community of Placido Bayou went up just east of the club; and five years before Winston Park, the large, over-55 complex of 700+ condos were constructed across from the club on 47th Avenue NE and 1st Street NE. 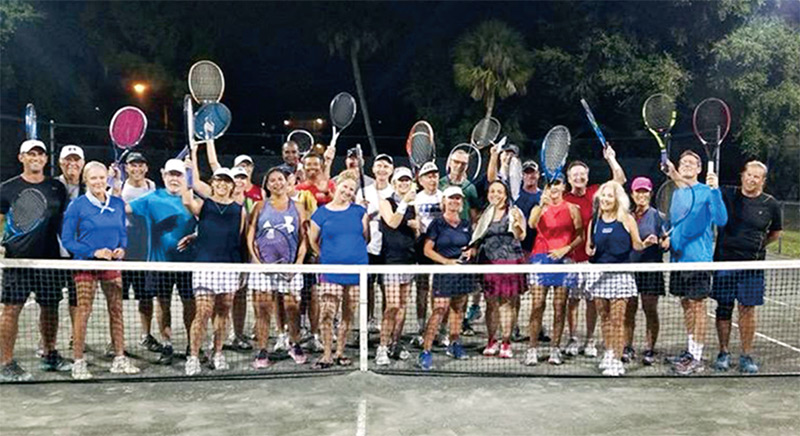 Credit for the area’s development goes to an investment group led by well-known local businessman Robert (Bob) Crisp. Mr. Crisp held real estate interests in both Florida and North Carolina. He served on several bank boards and was very active in the Tampa and St. Petersburg business communities. At one time, he and his investment group owned all of the land from 4th Street North to the water between 22nd Avenue North to 54th Avenue North. 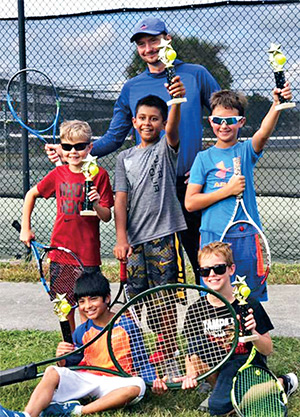 According to his son, Robert Crisp, Jr., Rob Sr. donated six acres of the land to build a new school for Shorecrest, which relocated from its previous location on North Shore Drive, where it had been in existence as the Shorecrest Outdoor School since 1923. The new school opened in 1967 and a year later, Rob, Sr. decided to develop the Racquet Club of St. Petersburg, which he owned until 1988 when the members bought it. According to his son, Mr. Crisp loved golf and tennis, “but he preferred spending his leisure time fishing, hunting, and gardening.”

In the early days of the Racquet Club, Mr. Crisp’s daughter Gail and husband Fred Razook took charge of the club’s operation.  It was a humble beginning with eight tennis courts (two lit for night play), a pool, and a snack bar that sold burgers, sandwiches, and cold beer.

With his daughter and son-in-law holding down operations at the Racquet Club, Mr. Crisp went on to serve as two-time president of the St. Pete Chamber of Commerce. He chaired the Pinellas County Sports Authority and was a Shorecrest Trustee for many years.  He also served as a local president and board member of both the local and national Contractors and Builders Association. In 1973, he was named St. Petersburg’s ‘Mr. Sun.’ At the time, he was the youngest businessman to have earned that honor.

In the late ’60s, the club’s first tennis pro was a locally renowned guy in a straw hat named Dan Sullivan. “Dan was one of the first-ranked male tennis players in St. Pete,” said Marshall Craig, a longtime member of the Racquet Club and the designated club historian. During the club’s 50th anniversary celebration last year, Craig entertained the crowd with tales about the early days, when Dan and his family lived on the club’s second floor. At the time, the second floor was connected by a flight of stairs located in the corner of the dining room.  Craig also gave recognition to Jack Prybyland, who was the swim coach at the time. “Jack and Dan taught generations of kids to swim and swing a racquet,” said Craig. 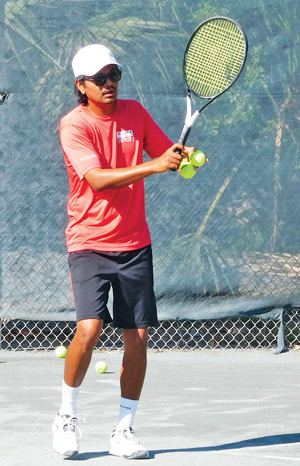 Fifty years later, the Racquet Club is still going strong with a little over 200 members. There are now 14 clay courts, three hard courts and four pickleball courts.  Pickleball?  In case you’ve never heard of it, pickleball is an up-and-coming game played with paddles and a type of wiffle ball.

The Club also has five teaching professionals and a variety of programs for all ages, including interclub leagues, USTA Leagues, ladies leagues, tennis clinics, and junior programs.  “We want to offer something for everyone,” said Shikha Singh, the club’s tennis director.

Singh came to the Racquet Club in 2014, after 12 years at Bartlett Park, now known as the St. Petersburg Tennis Center. A native of Mumbai, India, Singh was the #1-ranked junior tennis player in the country when he earned a scholarship to Eckerd College. At Eckerd, he led the Tritons Tennis Team to its most successful run in the college’s history. “It’s been an amazing experience,” said Singh of his career as a tennis pro.  “I came from a modest middle-class family in India. Coming from Mumbai to Eckerd College with such a beautiful campus was a wonderful educational experience.”

While he was at the St. Petersburg Tennis Center, Singh teamed up with international star tennis pro Jim Courier to develop a junior program to mentor young players. Their mission was not to turn the youth into professionals, but to help them get a tennis scholarship for college. Then in 2001 when Singh joined the Racquet Club, one of his first endeavors was to develop a junior program.

Today he and fellow Racquet Club pro Patrick Derr, the club’s junior tennis coordinator, are teaching a new generation of young people to play. Their philosophy is while tennis can be challenging to learn and improve your skills, it’s supposed to be fun. Quick Start is the tennis program they have developed for the youngest players, kids 10 and younger. “It allows the kids to learn the game in a friendlier way with softer balls, smaller courts, and a game-based learning concept,” says Singh.

It’s a long stretch from watering down Har-Tru tennis courts by hand at night to the bustling private club that St. Pete Racquet Club is today with family-friendly programs, a loyal membership, and a popular restaurant that offers a Sunday brunch, which is open to the public. Thanks to great pros and a growing membership, the Racquet Club can look forward to the next 50 years of helping St. Pete families enjoy the game of tennis. 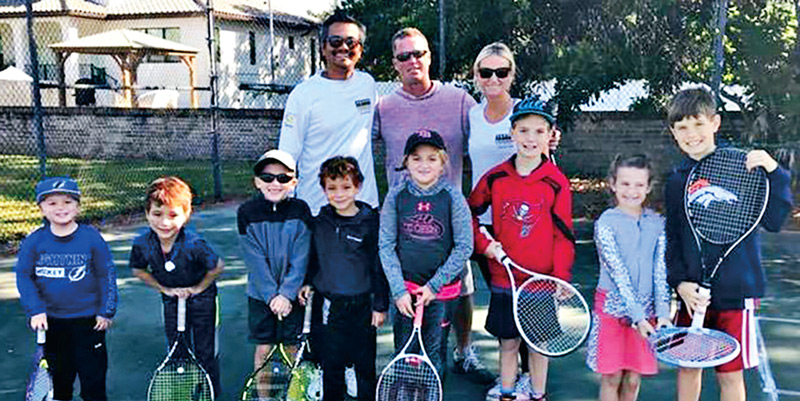