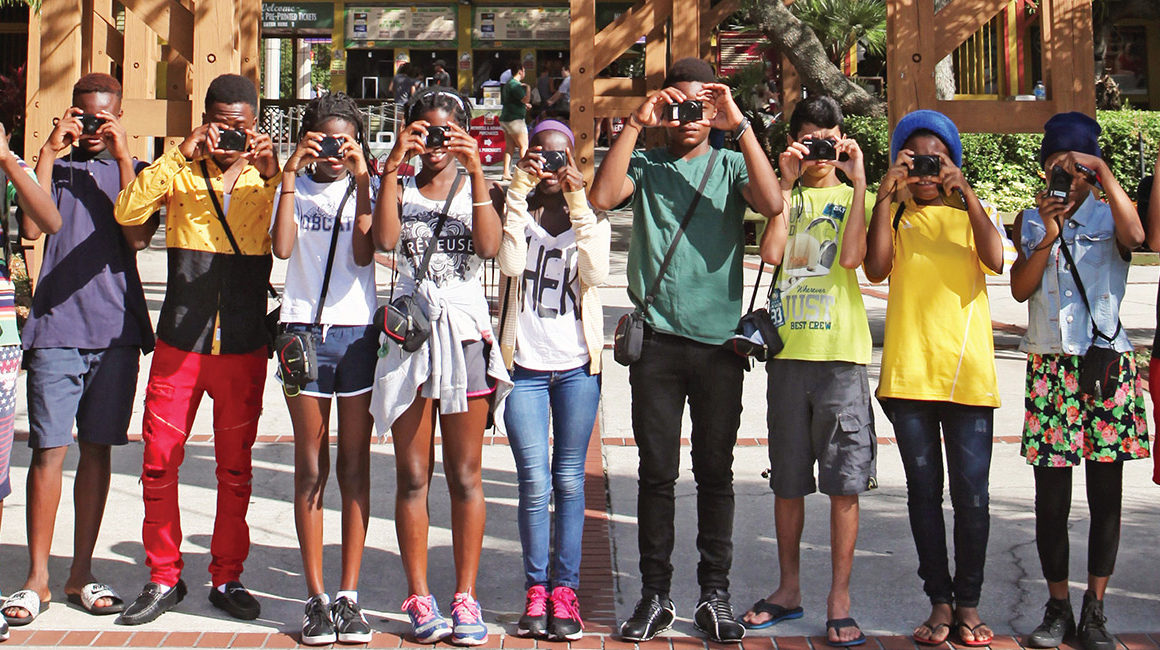 How does an Old Northeast resident – who is an Aussie immigrant with an acclaimed tenor voice, but who only sings as a hobby – bring the United Nations to Tampa Bay? Well, Robert Kruithoff, who has only lived here for three-and-a-half years, has done all that and then some.

A Melbourne native, Kruithoff (or Robbie, pronounced Rowby, as everyone knows him) is the fundraising and events director for the United Nations Association of the United States of America, Tampa Bay (UNA-USA TB). Wow! And he’s not even a citizen yet. 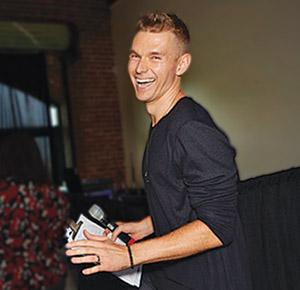 Robbie spearheaded the UNIFIED event held recently at the Morean Center for Clay. This gender-equality, live-art experience raised $10,000 for the local non-profit Community Action Stops Abuse (CASA). Naturally it was that successful since Robbie is a 15-year award-winning hospitality manager excelling at event management – from intimate dinners with celebrity chefs to national product launches – throughout Australia and the United Kingdom.

He also enjoys volunteering his time serving food to the needy with St. Vincent DePaul in St. Petersburg. “I grew up working with charities and homeless people,” he notes. It must be that influence from his parents, who are both church ministers in Australia, which brought him to strive for a local and international focus on helping the less fortunate.

“I came here on a green card, which means I couldn’t seek employment,” Robbie explains. “So, I found myself in a lucky position where I didn’t have to work – I just wanted to give back. I looked online for globally focused and local non-profits. I applied as an intern with the United Nations organization and in two weeks I was the fundraising director!”

“There are over 2,000 chapters worldwide and everyone is 100% a volunteer,” adds Robbie stating, “I am in a position to volunteer full-time so I also work with refugees. The organization has 17 goals to transform the world, with the motto of advocating, educating and implementing these goals. (Read about the goals at www.un.org/sustainabledevelopment.)

So, Robbie approached the chapter with the idea of an eight-week refugee program for youth from the ages of 12 to 16 with a focus on therapeutic photography, called Picture My Life: A Refugee Story. It is now organized under the local organization, the Refugee and Migrant Woman’s Initiative (RAMWI) and was held for the first time this summer. All the children received high-quality cameras to keep as their own and were taught the basics of the photographic arts. 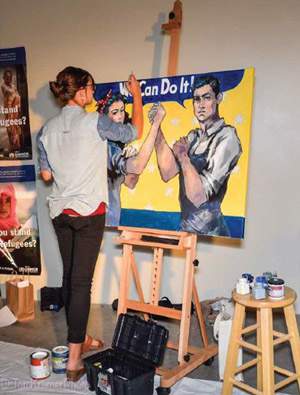 An exhibition of the children’s photos, How I See the World, will be held later this year at the Florida Museum of Photographic Art in Tampa. This summer program is now a permanent project for the initiative, according to Robbie, at first funded by his organization but now getting community funding. He also initiated another program called Dream Day Out for refugee families from Afghanistan.

How did the UNA come to St. Petersburg? It was the Rowdies! Apparently soccer is universal – even in poverty-stricken desert refugee camps. Robbie contacted for help a fellow Old Northeaster and Rowdies center back, Tam Mkandawire (see the cover of the July/August NEJ). Could Robbie bring some refugee kids to a Rowdies game… meaning complimentary tickets? Yes, and then some! The kids (boys and one girl) went early to the stadium to meet all the players, got free Rowdies’ shirts and soccer balls, and then were treated like VIPs for an entire practice game.

The second Dream Day Out event was to take the refugees for a shopping spree at HSN’s consignment shop. “They got eight trolleys of basic necessities like sheets, towels, pillow cases…” Robbie explains adding, “One woman with four kids – they only had two outfits to wear each and not having any sheets, they used one outfit for sleeping!”

We probably aren’t aware how difficult it is for these refugees. Robbie explained that refugees have to pay back to the UN their airfare here. One woman got a job cleaning offices at night. “We organized to pay her rent from local donors for two months,” he noted.

Having a green card is certainly better than being a refugee or an immigrant, but Robbie wants to become a citizen. After traveling from Australia throughout Southeast Asia and India for two years, Robbie ended up in London where he met his husband, Ryan Ross, who was chief creative officer at Stylus Media Group. They were married there and Ryan’s next job was as executive vice president of HSN in St. Petersburg. 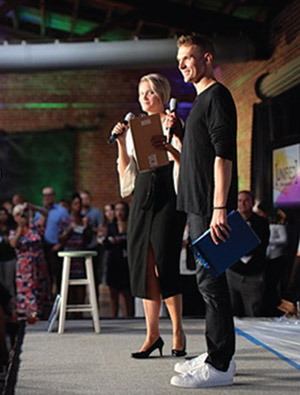 Robbie spearheaded the UNIFIED event at
the Morean Center for Clay.

Ryan is originally from Portland, Oregon. Now the two will be going there for their next adventure. Ryan will be president of Rejuvenation (part of William Sonoma) and Robbie will be involved with charity work for that organization (no surprise). “Maybe I’ll join up with the UN there, too,” notes Robbie. “Fundraising is my forte!”

And Robbie the tenor will probably do some singing, too – after all, with two years at St. Pete College studying opera, he had an audition and got a scholarship to the Manhattan School of Music in New York City. Maybe later. But we surely will miss him in the Old Northeast and so will those kids from Afghanistan.