September 27, 2017by Sara W. HopkinsNo CommentsAll, Spotlight on the Arts 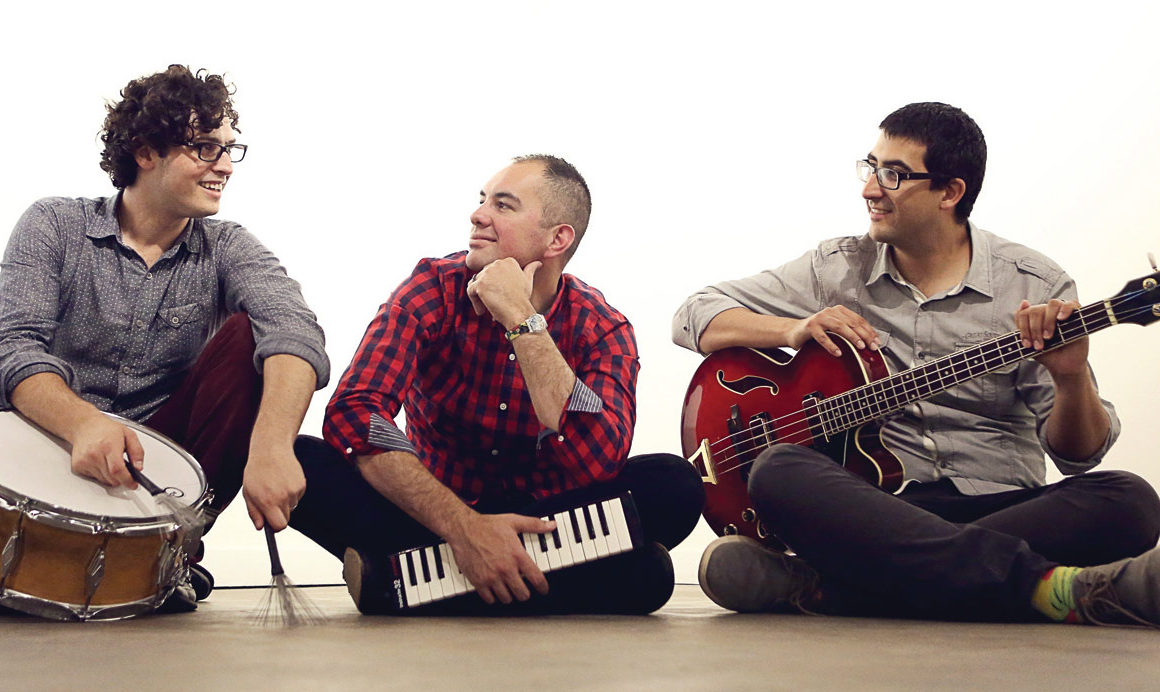 Community involvement has been a priority for them from the beginning. All three musicians have served on the board of the Al Downing Tampa Bay Jazz Association, a local non-profit that promotes, preserves, and presents jazz in the Tampa Bay area. Part of the organization’s community outreach is sending jazz musicians to perform in area schools and mentor high school students.

The three musicians encourage students to be open-minded and enthusiastic like they are. “At first, we would take any gig offered to us,” Arenas says.

Even the name, La Lucha, carries symbolism for perseverance. It’s a Spanish term that means ‘the fight’ or ‘the struggle.’ The musicians chose it as a positive reminder of the hard work necessary to achieve any worthwhile goal.

Pianist John O’Leary came from a musical background and learned the value of perseverance early on, when his mother was a concert pianist in Mexico. “I tagged along with her everywhere she went,” O’Leary says. “She taught lessons and performed on her own, with orchestras, even for ballet studios. But when I moved here, everybody said music was a hobby and to get a real profession. Luckily, I ignored them and listened to Mark and Alejandro.”

O’Leary also pursued neuroscience at USF, earning a PhD in biomedical science/neuroscience. Over the years, he’s brought these interests together with La Lucha.

One such project was a collaboration at The Studio@620 with photographer Rossie Newson and local poet Gloria Muñoz called See. Hear. Feel. The group wrote original music and paired it with poetry and photography creating a multi-sensory experience, all while promoting awareness of Alzheimer’s and raising funds for USF Health Byrd Alzheimer’s Institute. “This project was a catalyst for what we’re doing today,” Arenas says, “splitting from being jazz majors into being music innovators.”

While O’Leary still maintains a strong interest in science, he’s clear that his career is in music. “I wish there was a better perception of music as a serious career,” he says. “At the end of the day, La Lucha is a business – and we’re all business owners. We have to balance the transactional side with the artistic side. We all have families that we support, and we get to do that through what we love. I wish our culture had a greater respect for that.”

Feinman adds to that, “This is a key point of La Lucha: balancing the integrity of the music with what’s best for the community, and with what we can do as artists to help promote a cause. It’s not just about us – it’s about something bigger than us.”

Though they’ve toured internationally, won awards, and recorded three albums, performing in Tampa Bay holds much more appeal to them than anywhere else. As Feinman says, “We love to play internationally, but we have so much pride in this city. We love our audiences here.”

With mentors in St. Petersburg like bassist John Lamb and the late Buster Cooper, a jazz trombonist, who both played with Benny Goodman and Duke Ellington, perhaps it’s not surprising that the musicians of La Lucha are so accomplished.

These young musicians have built up serious credibility over the past years, as music legends in the area continually ask them to collaborate and trust them to bring their own personalities into the music. One of them is the Emmy award-winning composer and pianist, Dick Hyman, who composed the music for eleven of Woody Allen’s films and played with Benny Goodman and Charlie Parker. “We’re playing in a concert of his latest original composition soon,” Feinman says, “which will happen just before his ninety-first birthday.”

Other collaborators include Jeff Rupert, Marty Morell, and Michiquita, with whom they recently performed at the Palladium. Marty Morell has had a storied career, performing with the Bill Evans trio and Stan Getz.

“These are history-book guys who still want to grow as musicians,” O’Leary explains. “It’s amazing to work with them. And then they say they find inspiration in our work! It’s mind-blowing!”

“It’s a gift to be able to tell stories through music,” O’Leary explains. “We want to entertain and challenge.”

La Lucha is known for their innovation, diverse musical compositions, and variety in their approach to performances, playing everything from traditional jazz to their interpretation of ’80s music. Their music is fresh and original, pushing the envelope of artistic expression – and fun. Even when they perform in suits, they always wear colorful, eclectic socks. O’Leary, Arenas, and Feinman laugh about this, yet it’s also a clear point of pride for the group. Eclectic socks are also their trademark thank-you gift to their collaborators.

Their friendship and support of one another has created an impressive dynamic within the group, and they’re serious about innovation and challenging themselves to grow. Each year, they generate ideas for new performances and seize opportunities with the same vigor as when they first started performing.

“We realize that doors open when you least expect them to,” Arenas says. “Every performance is an opportunity. We take each day like jazz musicians do… we’re just improvising!” He adds with a laugh, “But we practice.”

You can find La Lucha at the Clearwater Jazz Holiday on October 21, performing with collaborators Jeff Rupert, Marty Morell, and Michiquita.