Through the Looking Glass: A Treasure Hunt 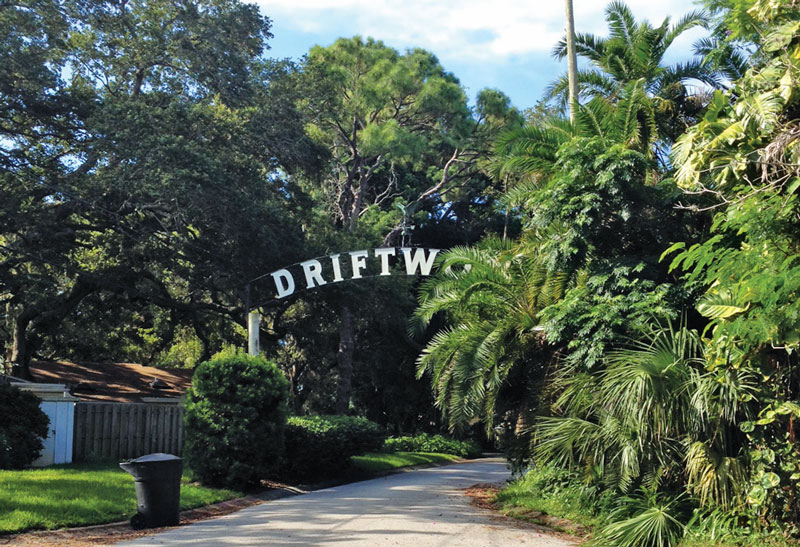 Haven’t you always wanted to step through a looking glass into a secret land, you know, wandering to wonderland? (Come on, admit it… you have!) It really exists here in St. Petersburg; it’s possible to go on a treasure hunt right here in our city and find hidden wonderlands! The Old Northeast is sort of like that, but the secret spots in this hunt take you out of the familiar.

Don’t believe me? Well, try it yourself with my mysterious hints. But, you have to promise not to use maps or the apps on your cell phone. This is an old fashioned treasure hunt using only written clues. Those who find the ‘wonderlands’ can email me the answers; first one with all the correct answers wins. The winner gets a photo in the next issue, along with the answers for anyone who is still lost. (You will need a car for this adventure, or a bike if you’re really fit, but walking is really not an option.)

When we moved here 14 years ago we experienced our first stepping-through-the-looking-glass experience when we stumbled upon a neighborhood about two miles to the south that was having a tour of homes. Okay, this is easy, some of you will say. But, not most of you – believe me!

This sort of enchanted forest is tucked away in a most unlikely place, although it is on the waterfront with its own private beach. It has a jungle-like setting and is historic, one of St. Petersburg’s oldest neighborhoods. In fact, a Civil War cannonball was unearthed there a few years ago. Originally, the Tocobaga Indians lived there, then pioneers were drawn to the land in the late 19th century. One of those original homes and acreage still exists and is even up for sale right now (no, I’m not a realtor).

In 1937, a large section of homes was designed to be like a colony – the idea of a local well-known artist who worked with the architect. Uniquely, he included one of his original paintings over the fireplace in each home. Later a memorial garden of bricks with meaningful names imprinted on them was created in the neighborhood, but you would really have to search and brush leaves from them to uncover them.

To find this fairyland tucked away under a full canopy of oaks you must go south on Fourth Street, and turn left at The Chattaway at 22nd Ave. South (another secret place – a garden-style restaurant). Then head east to First Street South and turn right. Drive a bit more while looking forward and up and – there it is – the arched sign with the neighborhood name only slightly covered by green leaves. Welcome to wonderland!

It still gives me a thrill to rediscover it even after all these years. After you have found it –or if you want to cheat – you can watch a YouTube presentation of this special place. (www.youtube.com/watch?v=r1-s7ZJuiqA)

Are you confused? Good! Did you find it? A lovely name sign placed along a winding boulevard with large trees and grassy areas defines the enclave. You’re there at a special neighborhood that had 1920’s era Mediterranean homes. A few are still there, along with others of various styles. I won’t tell you the name of the main street because that would give away the location. But, it is definitely above sea level – so that makes it high, right?

Circle in the Square

The last secret place is not a neighborhood, per se, but makes its own community by itself. It is architecturally very unique, built in 1974 by an award-winning architect. A doctor/dentist couple apparently wanted a special place for their practice. The building, which houses four condos, won the Best Small Business Architectural Design in Florida. It has the only round elevator in Pinellas County – not only a round shaft but also a round car. It is surrounded and hidden by a canopy of oaks in the most unlikely location. A few of you may have visited the medical practice of a local doctor there, but most of you have never seen this treasure. In fact, you could have the address and never find it! So, here are some directions to help. 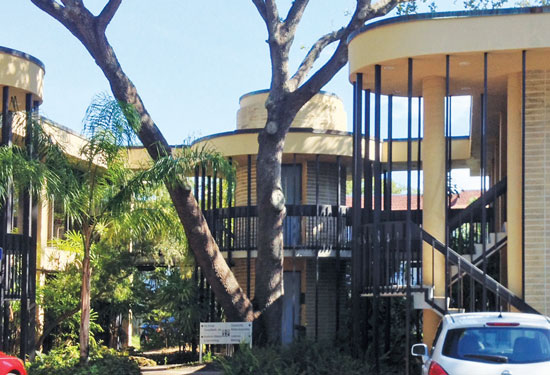 When traveling north on First Street North, just past the parking lot entrance to the Northeast Shopping Center, take a left turn at the traffic light. This is called 40th Avenue North, but it doesn’t stay that way! As it curves, it becomes 38th Avenue North. At the next light, quickly make a right turn onto 39th Avenue North going northwest. At the next street, Third Street North, turn right and look for the slightly hidden entrance on the left. The name is so appropriate – did you find it?

There are so many possibilities for stepping through the looking glass into an enchanted forest in our city. Look for more adventurous wanderings into a new world (as well as the answers) in the next issues of the Journal. If you have ideas for this hunt, let us know that, too, by emailing linda_dobbs@yahoo.com.