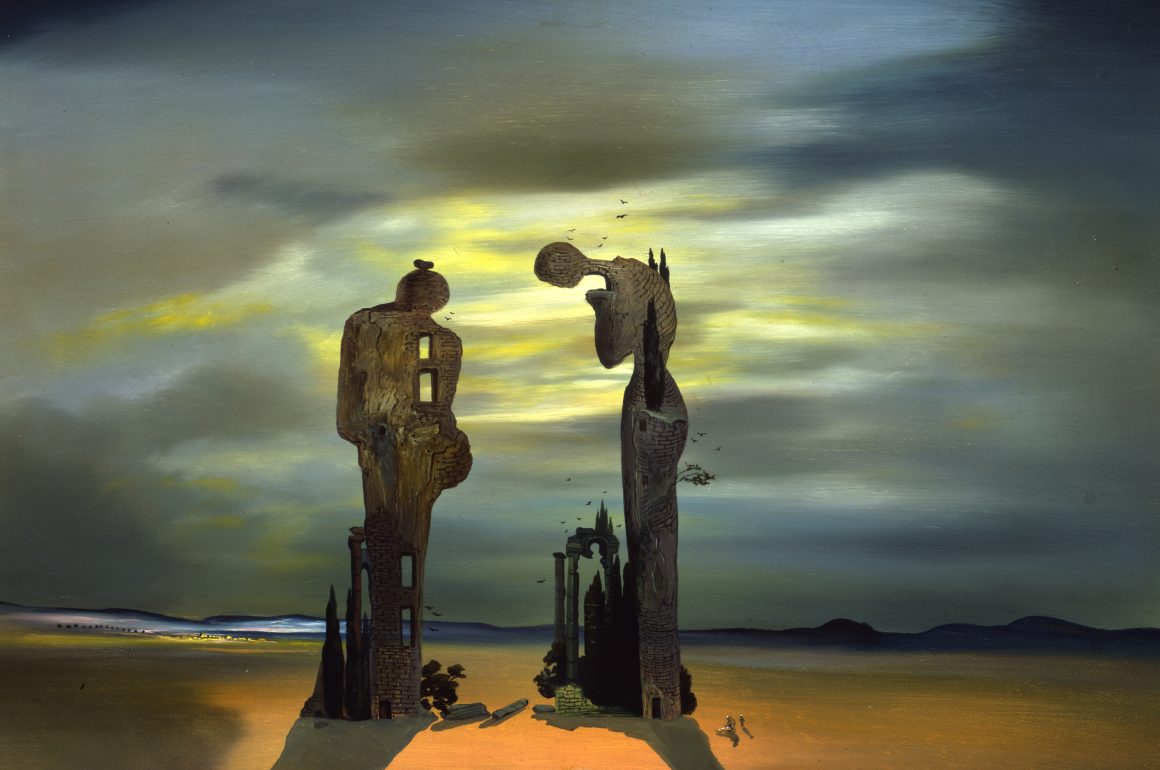 There’s a certain Dalí piece that exists not only in painting form at St. Pete’s Dalí Museum, but as a virtual reality experience in an entirely separate part of the museum. Archeological Reminiscence of Millet’s Angelus hangs on a white wall in the museum, and also in a whole other dimension.

The Dreams of Dalí VR experience comes with the price of admission. While this is a fairly new technology to many, art museums have been using the concept for years to immerse guests in art. In 2018, the Smithsonian Institution added a virtual exhibit – No Spectators: The Art of Burning Man. The same year, the Natural History Museum installed an educational VR experience that brought English broadcaster Sir David Attenborough to life.

Years before either of these popular exhibits came to life, the Dalí introduced the technology to St. Pete in 2016. The museum worked with San Francisco creative company Goodby, Silverstein and Partners to bring the surreal painter’s art to life.

The chosen painting is a mysterious depiction of two dream-like and towering figures in a forgotten desert somewhere that only Salvador Dalí knows. Or it was.

Guests of the museum walk in and can gear up with a VR headset, listen to an instructional speech on how not to give yourself a migraine, and be transformed inside Dalí’s 1935 painting.

Of all the paintings in the museum’s extensive collection, why this one?

Says museum marketing representative Beth Bell, “Archeological Reminiscence of Millet’s Angelus was chosen because the mysterious archaeological ruin seemed an inviting exploration of three-dimensional space and the secrets it held.”

Tampa educator Catie Chapman visited the Dalí and tried the virtual reality experience in July. “I thought the experience was surprisingly immersive,” she said. “Not only inside the actual VR experience, which you had to reserve, but also through the interactive screens placed throughout the museum with short, edited film sequences of Dalí giving various snippets of advice or artistic philosophy.”

Though the artist died in Spain in 1989, Dalí’s spirit lives as a holographic throughout the museum’s gallery. It’s likely the artist would be excited by the surreal experience. “Our openness to technology begins with Dalí’s example,” Bell said. “It was Dalí who made art films in the 20s and 30s, made the first artist video and the first artist holograms.”

In perhaps his most famed approach to this, Dalí created a piece of formerly cutting-edge technology titled First Cylindric Chromo-Hologram Portrait of Alice Cooper’s Brain from, yes, the actual Alice Cooper’s crouching frame. The rock star appears in holographic rainbow, and Cooper even visited the museum in 2014, when he gave a filmed interview.

So, is Dalí okay with his work being converted into pixels? Chapman thinks so. “Sure, Dali would have approved. Based on the tone of the exhibit and the vignettes throughout the museum, it was reminiscent, to me, of his work with Disney. Surreal almost to the point of caricature,” she said.

For now, the Archeological Reminiscence of Millet’s Angelus is the only painting offered as a virtual exhibition at the downtown museum. But perhaps not for long.

“We would absolutely consider additional Dalí paintings in the future,” Bell said, “though there are challenges with exhibition space and the extensive costs to create an additional experience.”

Like many of the museum’s guests, the Dreams of Dalí experience was my first dive into the world of virtual reality. It’s not as futuristic as you might think, but it’s impressive for someone who hasn’t played a video game since The Sims 2was released. Anywhere you look while wearing the headset, there’s Dalí’s painting, animated and lurching. While you can’t walk freely in the program, movement is simulated with a tiny control, and you can zip all around the two menacing figures and beyond with just a few finger movements.

Dalí famously claimed that the pair of stones in this particular painting aren’t meant to be threatening, but an extension of grief – mourning the death of their child in a coffin beneath them. Paired with music and without the ability to look away, I’d say the VR experience painted this in a way I couldn’t see before. For a time, being inside the computer mask feels like dream you can’t wake up from.

For those who prefer the two-dimensional work of the surrealist painter, the Dalí’s always-impressive regular collection is part of admission, but Dreams of Dalí provides a whole new look into what the artist’s mind may have been like. The experience is free to download at home, but of course, in-home virtual reality set ups aren’t as common as tech fans may think.