Why ‘The Colored Museum’ is Important 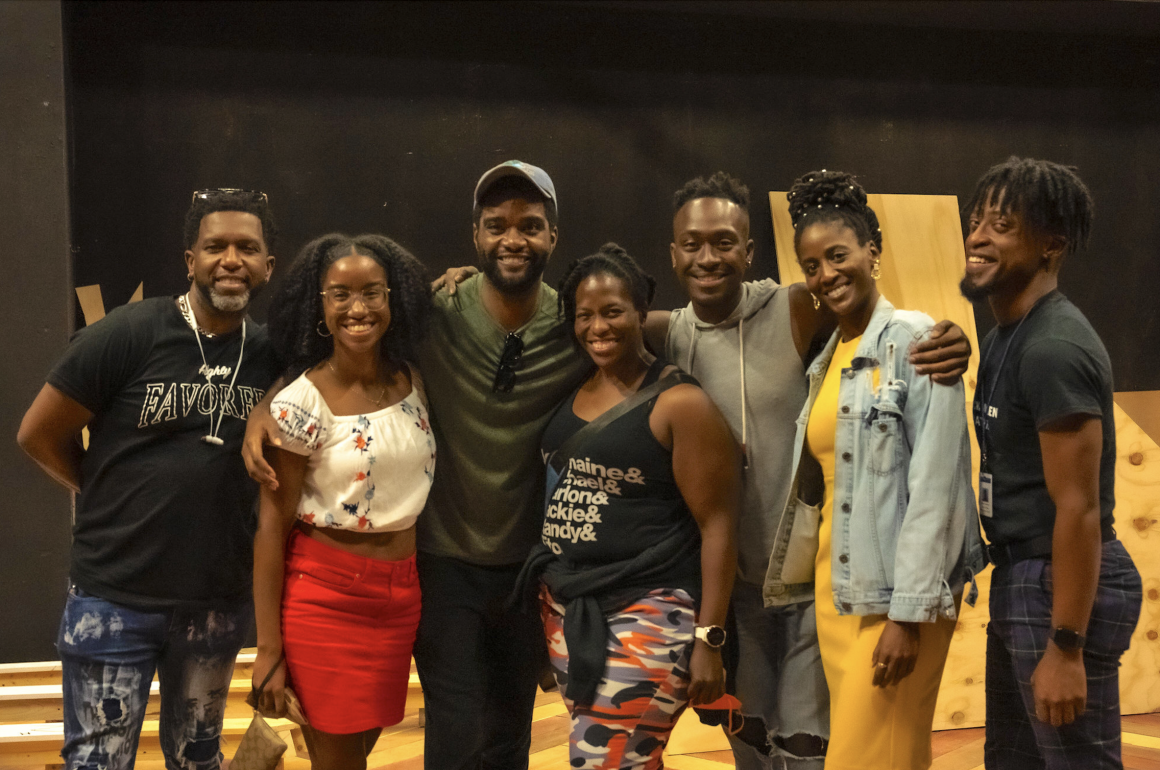 The first few weeks of rehearsals for American Stage’s production of The Colored Museum were joyful, full of smiles and African-style beats from the drums of Malick Faye, a Senegal-born percussionist. But the script is a dark one, full of hyperbole and racial stereotypes designed to make the audience feel uncomfortable.

George C. Wolfe’s The Colored Museum is made up of 11 exhibits, or skits, commenting on what it means to be Black in society. In one scene, Jemier Jenkins plays a peppy flight attendant on a “Celebrity Slaveship.” She delivers her lines so smoothly, you forget she’s demanding you tighten your shackles.

The Colored Museum, a satire performed by an all-Black cast, is directed by Atlanta-based Keith Arthur Bolen, an actor, director, and Spelman College theatre professor who had roles most recently in the film TILL, about the mother of the murdered Emmitt Till, and in the Cobra Kai series on Netflix. “I hope people find the time to talk about this,” says Bolden of the American Stage production. “I hope there’s space to discuss what they just saw, both Black and white people.”

The Colored Museum is not the first American Stage production starring an all-Black cast, but the story behind playwright George C. Wolfe’s satire is a one that demands justice for people of color. It’s not as light and sweet as the all-female, all-Black version of “Steel Magnolias” that premiered in the American Stage theatre circa 2014. The Colored Museum is admittedly a bit disturbing. Each of the skits tackles a different racial stereotype, such as natural vs. chemically altered hair, and the “Madea” figure.

Though the piece first premiered at the Crossroads Theatre of New Jersey in 1986, the portrayals still work today. Patrick A. Jackson, the associate artistic producer at American Stage headed casting for the show, and he has a special connection to the meaning behind it.

“Being a Black, queer man growing up in the south, it was easy to connect with Miss Roj as they claim their uniqueness and power with something as simple as a snap. As we have unearthed more and more in the rehearsal process, I find that the exhibit, Symbiosis, speaks to me in such a powerful way. In the piece, the character ‘Man’ attempts to let go of his former self, his Blackness, the essence that makes him uniquely human,” Jackson said.

The question that The Colored Museum aims to ask its audiences: Why does “Man” feel the need to shed the parts of him that are Black?

“The reality is that we can’t get rid of any part of us, no matter how much the world may tell us they hate it or don’t like it…or even may want to claim it as their own,” says Jackson. “We are unique, unrepeatable expressions and the more we tap into that uniqueness, the more we can live the life we desire and deserve.”

“[The Colored Museum] is a show most theater majors study in college and yet it’s rarely performed. A lot of shows deal with race but this piece’s satire throws it right in your face,” said Anderson. “You will laugh, but also ask yourself: ‘Am I supposed to be laughing?’”