March 22, 2019by Alan ArmstrongNo CommentsAll, Spotlight on the Arts

Six years ago, I heard about the Sunscreen Film Festival, and as an aspiring animated children’s filmmaker who lives in the Old Northeast, I decided to find out more. I purchased the VIP pass so that I could attend as many workshops and discussions as possible. I wanted to learn more about how to write a proper screenplay and the process filmmakers had to go through to get their dreams on the big screen.

At one of the Sunscreen Film Festival cocktail parties, I happened to meet an Oscar-nominated successful screen writer and subsequently went home with great tips and a determination to write the next big animated children’s film. The following year, I found out I could be a volunteer and earn my VIP pass. After a couple more years of volunteering, I was invited to join the board of directors to oversee the volunteer program. 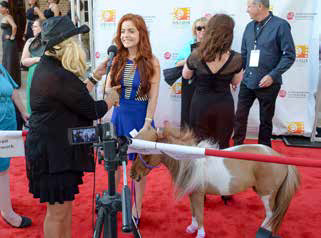 I’m still writing that screenplay, but getting involved with the Suncreen Film Festival has made a significant difference in my understanding of what’s required to be successful. It amazes me that so many people don’t know about this amazing weekend event that showcases the best indie (independent) films from around the US and the world.

This year’s festival is the 14th in its history. It takes place April 25-28 at the Sundial Plaza AMC theaters in downtown St. Petersburg. My goal is to work with our sponsors to make the festival more visible and more of a presence in St. Petersburg. In a city known for the arts, we are fortunate to have this type of festival just steps from our front door!

From its simple beginnings in 2005 at a local art gallery, the festival has grown to become a four-day international festival. Each year 60-70 filmmakers visit St. Petersburg in order to engage with audiences. This is a unique opportunity for St. Petersburg residents to watch new independent films that they may never have a chance to see anywhere else. Attendees also have the unique opportunity to engage with filmmakers and to hear some of the behind-the-scenes information about what went into the making of the film.

In addition to many outstanding films, the Sunscreen Film Festival is noted for its workshops and panel discussions led primarily by Los Angeles and New York City industry professionals who lecture on production issues, acting tips, financing and a wide variety of insider techniques on how to get a film produced. 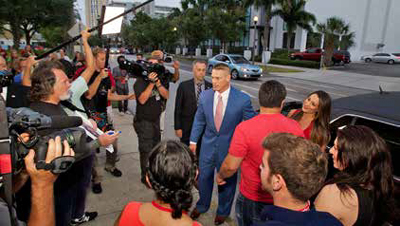 And let’s not forget the parties. The highlight of any film festival are the parties where you get to meet and greet the filmmakers, producers, writers, film distributors, and attorneys. Many first-time filmmakers have scored great deals over a cocktail. You can even expect the occasional celebrity sighting. Last year, Hollywood actors Jane Seymour, Kirstie Alley, Dylan McDermott, and Joe Pantoliano were among those attending the festival. For film lovers in town, this is a weekend to put on the calendar!

This year is expected to be better than ever. Chris Eaton, director of the Sunscreen Film Festival, has worked with the screening team to select 130 films from the 600 submitted. The carefully curated list this year includes both feature-length films and approximately 100 short films (animation, comedy, thrillers, etc). Some of this year’s highlights will be the new documentary about Colombian artist Fernando Botero, as well as the locally produced film Fly Like A Girl about the history of female pilots. Additionally, there are short and feature films with stars, including Anna Paquin, Cynthia Nixon, Carol Kane, and Ed Asner, among others. 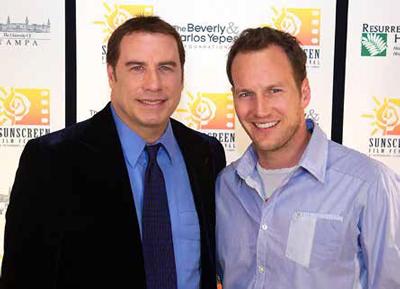 Looking forward to seeing you in April at the Sunscreen Film Festival!